Treat yourself, in moderation

That’s fine when it comes to dollars in the collection plate or hours spent volunteering, but not so with certain research-has-shown items consumed in the name of health. Think nuts, red wine, dark chocolate, coffee.

Nuts, for instance, once thought to be merely delicious and fattening, are ― well, delicious and fattening. They’ve also been shown to be full of all sorts of such good things as omega-3 fatty acids. Thus dietitians recommend an ounce of them (especially walnuts and almonds) several times a week for health benefits.

Doesn’t it stand to reason that if one ounce is recommended a few times a week, two ounces every day would be better?

In a word, and a very firm one at that: No, says Linda Michalsky, assistant professor of clinical nutrition at the University of Texas Southwestern Medical Center.

“A handful of nuts is good, but just a handful. Palm-size. A small woman’s palm’s size, not the whole Planters jar.”

Too many nuts equal too much fat and too many calories. Unless, of course, you’re compensating by cutting back on something else, which is not very likely.

“I’m a chocoholic,” says Michalsky, a registered dietitian who holds a doctorate in nutritional sciences. “I make the choice between putting butter on a sandwich or having chocolate later on. But too much dark chocolate won’t be good for anybody. It’s moderation. I’ve been preaching moderation for decades. It all comes down to a general balanced diet.”

Her moderation soapbox is shared by fellow experts, including Amanda Smith of the University of Texas at Dallas.

“Overconsumption of anything can lead to negative effects,” says Smith, assistant director of the school’s Student Wellness Center. “What has us concerned are studies coming out about things like red wine. They tell you a glass a night is healthy. But we Americans are so into, ‘If one is good, 14 are better.’”

Justification, she says, is as close as the Internet.

“If you want to hear that drinking that amount is good, you can find it. In this country, it’s our mentality. We want quick fixes, we want miracle cures, and we want them right now.”

Thus, someone who hears that drinking a glass of red wine will give health benefits could easily think, “I want two weeks’ worth today so I can see the results quicker.”

Someone who reads that coffee can help prevent Alzheimer’s disease might up their intake of drinks that include coffee, which usually come with a high-calorie price tag. 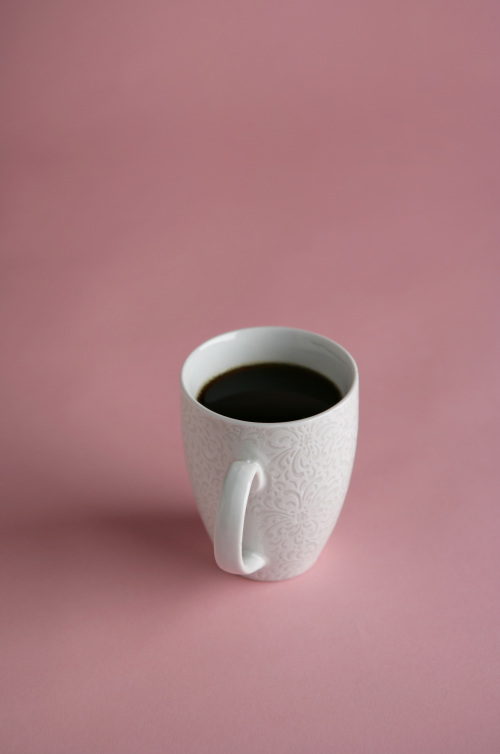 A health-conscious person could take “dark chocolate has healthy flavonoids” to mean a candy-bar buffet.

Good health isn’t something you reach and then are set for life. It’s a journey.

Regarding the studies, Michalsky offers this caveat: “Most of the pure studies are saying that doing this or that may have a beneficial effect,” she says. “They’re not saying you should go out and do it. Coffee isn’t bad for you in certain amounts, or alcohol if you’re already drinking it.”

Remember these when deciding what to eat or not to eat:

No one thing can make you healthy.

“Variety gives you a wider variation of nutrients, some we haven’t even discovered yet,” Michalsky says.

“You could get fat on oatmeal, peanut butter and grilled chicken,” says Amy Goodson of Texas Health Fort Worth Hospital. “Excess calories, whether you eat chocolate or whole-wheat pasta, can add weight.”

“Caffeine is addictive. Consuming too much increases your heart rate,” Smith says. “Yes, wine has cancer-fighting agents. But if you drink too much, you need to worry about alcohol dependency. People just think of the good parts, not ‘how can this affect me negatively?’”

“At least have something healthy in your diet,” Michalsky says. “What’s the best thing to do? Everything in moderation.”

Amy Goodson, who works at the Ben Hogan Sports Medicine Center of Texas Health Fort Worth Hospital, offers suggestions and guidelines for foods and drinks whose benefits are often touted.

Benefits: Resveratrol, which helps lower triglycerides and can increase levels of HDL (the good cholesterol).

Amount recommended: No more than a glass a day for women, two for men. “Note that a glass is 5 ounces,” Goodson says. So if you use a huge goblet, don’t fill it twice and toast to your health.

Cautions: It causes dehydration, reduces mental acuity for up to two days and is harmful to your liver. Excessive amounts can also drive triglycerides up.

Benefits: It’s been shown to lower blood pressure and to reduce the risk of stroke.

Amount recommended: Nothing specific, but “in small amounts” is stressed. Goodson suggests one Hershey dark-chocolate kiss. Lona Sandon, assistant professor of clinical nutrition at UT Southwestern, says the amount could be higher ― 1.5 to 2 ounces.

Cautions: Chocolate is calorie-heavy, but Sandon says if you’re otherwise eating healthful foods in healthful amounts, “You can incorporate 200 discretionary calories in a day.” Dark chocolate, she says, “is healthy for the body and the mind. Mostly the mind.”

Amount recommended: It varies. The Parkinson’s study showed that as little as a cup or two a day is associated with lowered risk. The Iowa Women’s Health Study found women who drink three cups a day reduce their risk of cardiovascular disease by 24 percent. Yet other studies show you’d have to drink significant amounts over long periods of time to, for instance, prevent memory deterioration.

Cautions: It can cause jitteriness and (duh) insomnia. According to a study by the National Institutes of Health, as little as a cup a day could reduce the chances of getting pregnant by 50 percent. While it can nip migraine pain in the bud, too much can cause headaches. Plus, the calories in added whipped cream, whole milk and various toppings tend to overshadow any benefits.

Benefits: They provide unsaturated or monosaturated fats the body needs. Almonds and pistachios are good sources of fiber.

Amount recommended: An ounce several times a week. That’s about 20 almonds or 40 pistachios or 14 walnut halves.

Cautions: Again, calorie intake and fat. Each almond has about seven calories; 49 pistachios equal 160 calories. Plus, sugar and other tasty toppings add even more calories.