News reports from many countries, including Korea, recently cover the rapid spread of “super bug,” which produces the NDM-1 (New Delhi metallo-beta-lactamase-1).

These bacteria are resistant to most potent antibiotics and their resistance 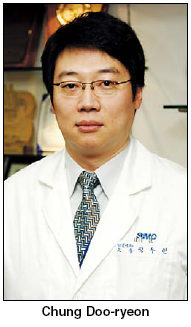 can be easily transmitted to other bacteria through the gene transfer. And the bacteria’s worldwide spread is becoming a big threat to public health.

Other than the latest NDM-1, we have long been facing a global crisis of antibiotic resistance and the future prospect is not so bright too.

Fossil evidence shows that bacteria have existed in the earth since billions years ago. However, the history of human beings only goes back to 200,000 years ago. In this short period of human history, we had no effective drug to treat infectious disease until 70 years ago.

Humans had long been dependent solely on their immune system to fight against infections. Since the discovery of the first “miracle drug” penicillin from fungus Penicillium, a number of antibiotics that are originated from the microorganisms in nature, have been developed and used to save human lives against various infectious diseases.

An important thing to know is that the issue of antimicrobial resistance in microorganisms is not new and has been a natural phenomenon since they began to be used.

So far, we have been successful in dealing with infectious caused by resistant bacteria by using new class of antimicrobial agents. The problem is that the emergence of “superbugs” resistant to such new antibiotics.

Some bacteria, the so-called “pan-drug-resistant bacteria,” are believed to be resistant to all antimicrobial agents and unfortunately we do not have any alternative to fight against them. 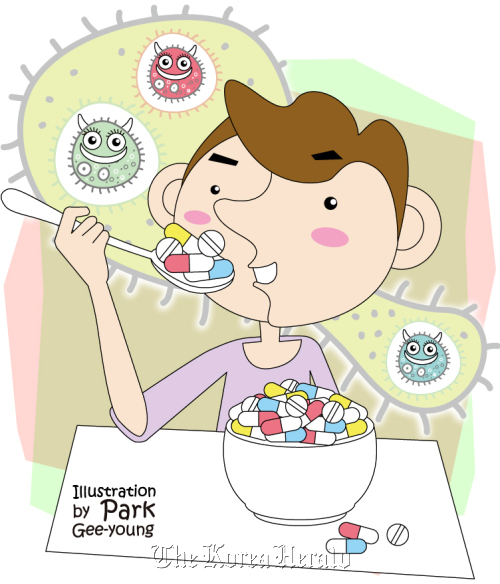 A growing number of patients with immune deficiency and more invasive medical procedures have led to the increase of hospital infections with multiple-drug resistant bacteria.

All these factors, along with the dark prospects for development of new class antimicrobial agents, have raised serious concerns about a global antibiotic crisis.

In order to overcome this crisis for public health, multidisciplinary cooperation is necessary.

First of all, healthcare professionals should make the best effort for appropriate antimicrobial therapy. That is they should reduce the antibiotic prescription in unnecessary cases and also prescribe proper antibiotics.

Second, general public should follow well the directions of the dosage and duration when they take antibiotics.

Third, it is very important to improve the personal hygiene such as hand washing for both healthcare workers and the general public, because the resistant microorganisms can spread easily through the close contacts between the persons.

Fifth, some effective antibacterial vaccines can be useful to decrease the persons colonized or infected with resistant pathogens.

Thus, to overcome successfully global antibiotic crisis, it is essential to initiate the active participation of the healthcare professionals, the experts on antimicrobial resistance and infectious diseases, government, pharmaceutical companies and researchers, mass media and also general public. It is time to take action for preserving miracle drugs to save our lives.

The writer is associate professor of medicine, division of infectious diseases, and director of Infection Control Office at Samsung Medical Center. – Ed.