[Clive Crook] US, UK conservatives in a fix 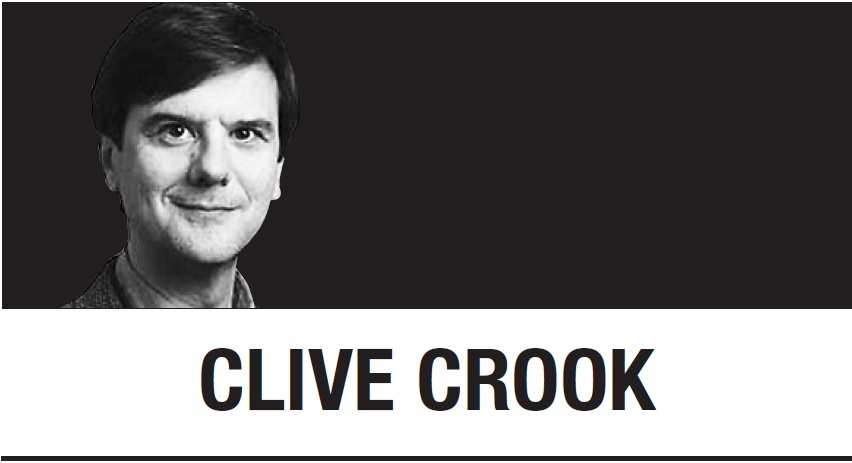 For the past few years, the US and the UK have followed strikingly similar political trajectories. Against all odds, populist uprisings captured both countries’ conservative parties, secured power and embarked on projects of national transformation. These efforts went badly (to put it generously), and in due course support for the rebellions subsided.

Lately voters have been calling for a rethink. In both countries, this is proving harder than you’d suppose.

In 2016, Americans stunned the world -- and in many respects themselves -- by electing Donald Trump president. That was a few months after Brits somehow voted to leave the European Union. Then, just as Trump rose to power on his promise to “Make America Great Again,” Boris Johnson became prime minister largely by promising to “Get Brexit Done.” Neither plan has worked to voters’ satisfaction.

In 2020, after four years of making America great by setting people at each other’s throats, Trump lost to Joe Biden (not the most formidable opponent). In the recent midterm elections, Trump’s interventions crippled the Republican Party. The UK, meanwhile, has gone from one calamity (Johnson) to the next (Liz Truss). Its economy is now setting records for poor performance, and support for the Tories’ historic project has collapsed.

Yet conservatives in both countries are finding the revolutions of 2016 difficult to reverse. Trump is now such a liability that Democrats must be longing to see him nominated in 2024. Republicans, though acquainted with the same polling data, aren’t certain to ditch him. In the same way, Britain’s Tories know that Brexit has failed and they must mitigate the damage. But they can’t bring themselves to say it. Everything’s going to plan, they insist. New opportunities abound and “Global Britain” is on track to succeed.

The problem isn’t just that it’s hard to own your mistakes. When a political party sees it needs a new direction, a change of leadership is often enough. There’s usually no need for explicit apologies. And shifts of direction don’t always have to be dramatic -- or substantive, for that matter.

There’s no need for Republicans to renounce their platform, for example, because at the moment they don’t have one. The electorate mainly just wants to move on from Trump’s exhausting provocations, ignorance, vanity and impropriety.

The Tories are in a tougher spot. Unfortunately, they do have policies, and if the UK’s prospects are to improve, these have to change. But the Brexit error can’t be undone. Even in the unlikely event that Britain asked to rejoin the EU, for the foreseeable future the union won’t want it back. For now the UK’s only recourse is maximum economic integration as a non-member -- through arrangements such as those the EU has granted to Switzerland, Norway and other neighbors. This means acting as supplicant. The Tories wouldn’t be able to disguise it, and the EU is unlikely to help them out.

At least Prime Minister Rishi Sunak, who took office in October, is adjusting the tone -- less strutting, more practical. Relations have warmed slightly and prospects for a deal over Johnson’s troublesome Northern Ireland protocol seem to be improving.

But a much bolder change of course is needed, and there’s no sign of it. The Tories still haven’t dumped the idea of letting all of Britain’s EU-derived laws sunset at the end of this year, unless they’ve been reviewed and adjusted in the meantime. UK companies are furious over the additional uncertainty this threat -- which has no apparent purpose -- will impose on their operations. But the policy hasn’t yet changed.

In both the US and the UK, conservatives seem frozen in these losing and destructive postures. And the reasons are the same: Both parties are still at the mercy of extremists.

Angry Trumpists and Brexit true believers have lost not only the argument but also much of the electoral support they used to command. Still, they aren’t going away. Both parties lack leaders with the guts and the wit to defeat the extremists, whose energy shows no signs of abating. Last week’s fiasco over electing a new Republican speaker of the House of Representatives illustrates the scale of the problem. Trump, if you can believe it, called for compromise; his rebellious followers weren’t impressed.

Former Republican Sen. Ben Sasse of Nebraska, who just resigned to become president of the University of Florida, gave his farewell address last week. The most important divide in America, he said, is not about policy, or red versus blue, “It’s pluralist versus political zealot.” This is true, and not just of the US. Zealots have energy, and energy drives politics. The results speak for themselves.

Clive Crook is a Bloomberg Opinion columnist and member of the editorial board covering economics. -- Ed.