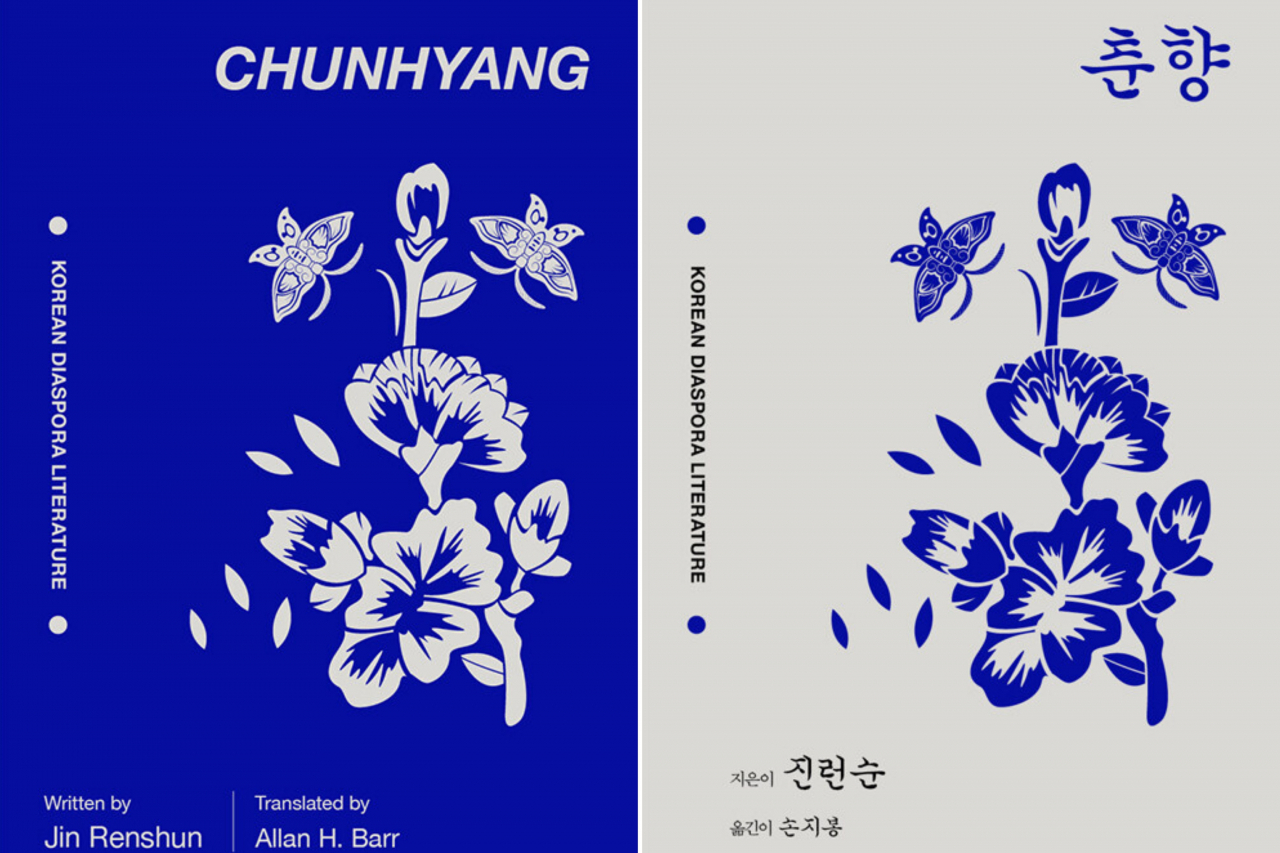 A modern twist on one of the most beloved folk tales in Korea, “Chunhyang” has put a mother and daughter’s quest for individuality at the forefront, rather than the well-known romance between Chunhyang and Yi Mongryong in the original “Chunhyangga,” or “Tale of Chunhyang.”

Written by Jin Renshun, an acclaimed ethnic Korean author in China, the novel was first published in Chinese in 2009. It revolves around Chunhyang, the daughter of a courtesan, and her mother Lady Hyang, who was only a supporting character in the original version.

“Chunhyang” has been translated into English and Korean by Seoul Selection, a Seoul-based publishing company that specializes in Korean literature in translation. The book will hit local bookstores on Dec. 5. 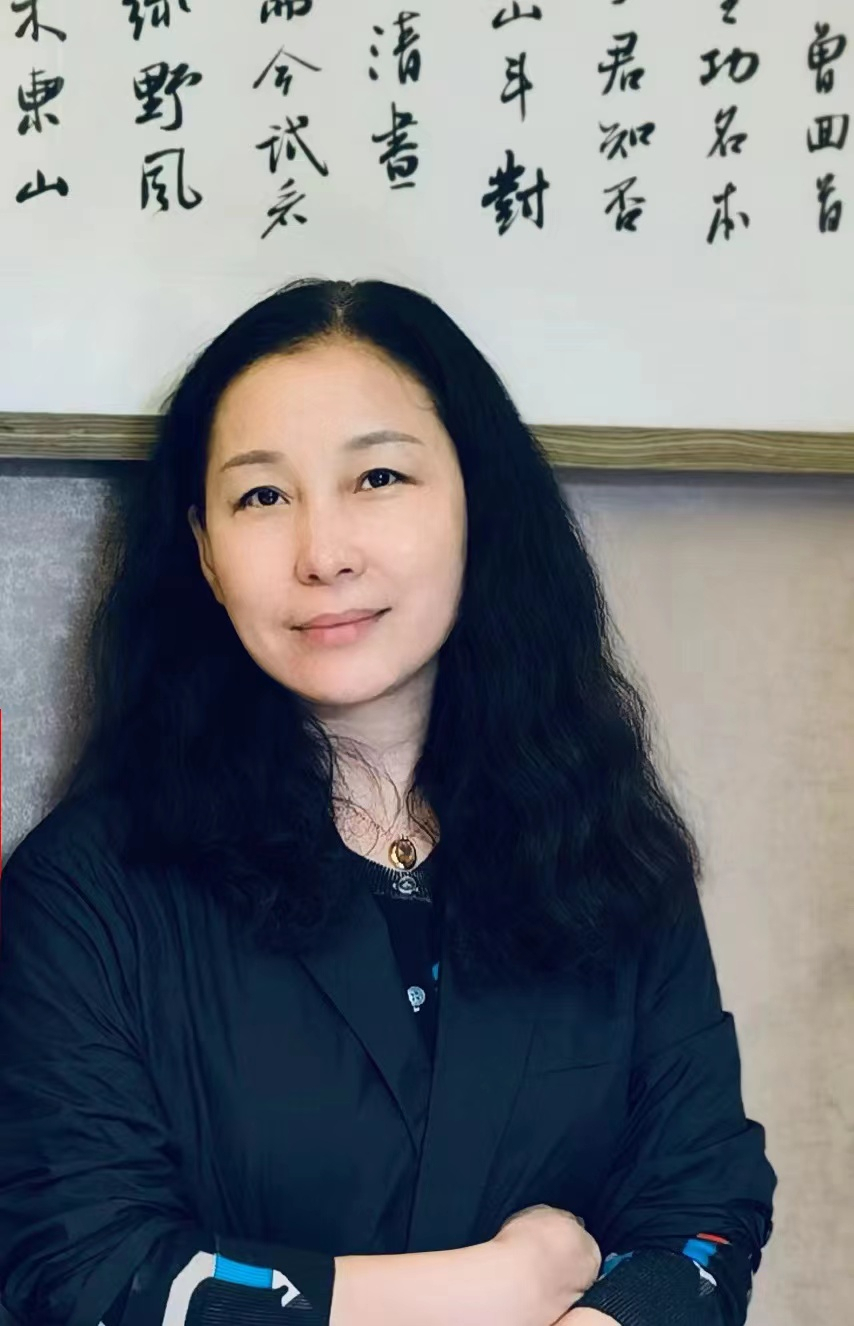 The novel is divided into two parts -- the first part on Chunhyang’s childhood and the latter part on her adulthood.

The story begins with the narrator Chunhyang saying: “In Namwon Prefecture, when people bring up my name, they put it this way: ‘Miss Chunhyang of Lady Hyang’s house.’”

The first part focuses on her mother, Lady Hyang. Chunhyang’s mother, the daughter of an apothecary, is a beauty beyond compare. Her beauty is praised so much that Namwon residents highlighted anything that can be linked in some way to Lady Hyang.

She fell in love with a vice commissioner who loved her so much that he converted “the five-room cottage of the apothecary” into an “imposing and luxurious villa” named Attar Lodge.

Among those saved by Lady Hyang are Gimsu, the son of a courtesan; Sodan, the daughter of a thief; Mr. Bongju, an impoverished but noble gentleman; and Eungil, a woman abandoned by her husband because of her skin.

Each chapter in the first part of the book introduces how these people ended up in a courtesan’s house through Chunhyang's eyes as a child, and how they build unique relationships with her.

In particular, Gimsu is a handsome boy, a year older and half a head taller than Chunhyang. He was brought in to handle the lack of “fire element” in Chunhyang’s saju, or fortune.

Innocent yet mischievous moments between Gimsu and Chunhyang evoke delicate feelings of first love in the young protagonist. Notably, Gimsu helps Chunhyang eat rice for the first time, as she had only been eating honey and petals.

Although confined in the Attar Lodge, Chunhyang lives her childhood to its fullest. She becomes interested in medicines like her grandfather, experiences subtle conflict with a girl her age named Sodan, learns about life through Mr. Bongju’s teaching and is much cared for and loved by her nanny Eungil.

However, Chunhyang keeps her distance from Lady Hyang, calling her “Lady Hyang” instead of “mother.” Lady Hyang is depicted more as the master of Attar Lodge, respected by the household and always busy with her guests. However, there are several parts where Lady Hyang and Chunhyang are depicted in the same light, particularly concerning their fragrance.

The word “hyang” in their names means fragrance in Korean. Lady Hyang’s fragrance is referred to many times -- Chunhyang’s father says that a “strange aroma seemed to penetrate deep into his lungs” when he first met her. She also once said: “A woman’s beauty can only dazzle a man’s eyes; a woman’s smell can conquer a man’s heart.”

Chunhyang is very sensitive to smell. Even as a youngster, Chunhyang “could easily tell whether, when (Lady Hyang) washed her hair that morning, she had a few drops of rice wine and vinegar in the shampoo, or which kind of flower extract she had added to her bathwater.”

In the latter part of the novel, Chunhyang turns 18. On her birthday, Chunhyang and Sodan go on an outing to the Namwon marketplace, where Chunhyang meets Yi Mongryong, the son of the outgoing Namwon prefect.

They both fall in love at first sight -- Chunhyang is reminded of Gimsu when she sees Mongryong narrowing his eyes, and "the way his mouth turned up at the corners.”

But Mongryong, who first mistakes Chunhyang for Lady Hyang, feels no more than a fleeting fancy for her.

Meanwhile, a new prefect named Byeon Hakdo is assigned to Namwon. On completion of his Namwon term, he would reach retirement age. He is determined to marry Chunhyang and threatens Lady Hyang to let her daughter marry him.

Lady Hyang comes up with an idea to thwart Byeon’s scheme, while Chunhyang also has a secret weapon to fight against hierarchy and gender oppression. As the story draws to an end, Lady Hyang and Chunhyang make choices that are completely different from the original ending that we know.

For this novel, Jin won the Junma Literary Prize in 2012, one of four major national-level literary awards in China for ethnic minority writers. She is a member of the Presidium of the Chinese Writers Association and the chairwoman of the Jilin Writers Association.