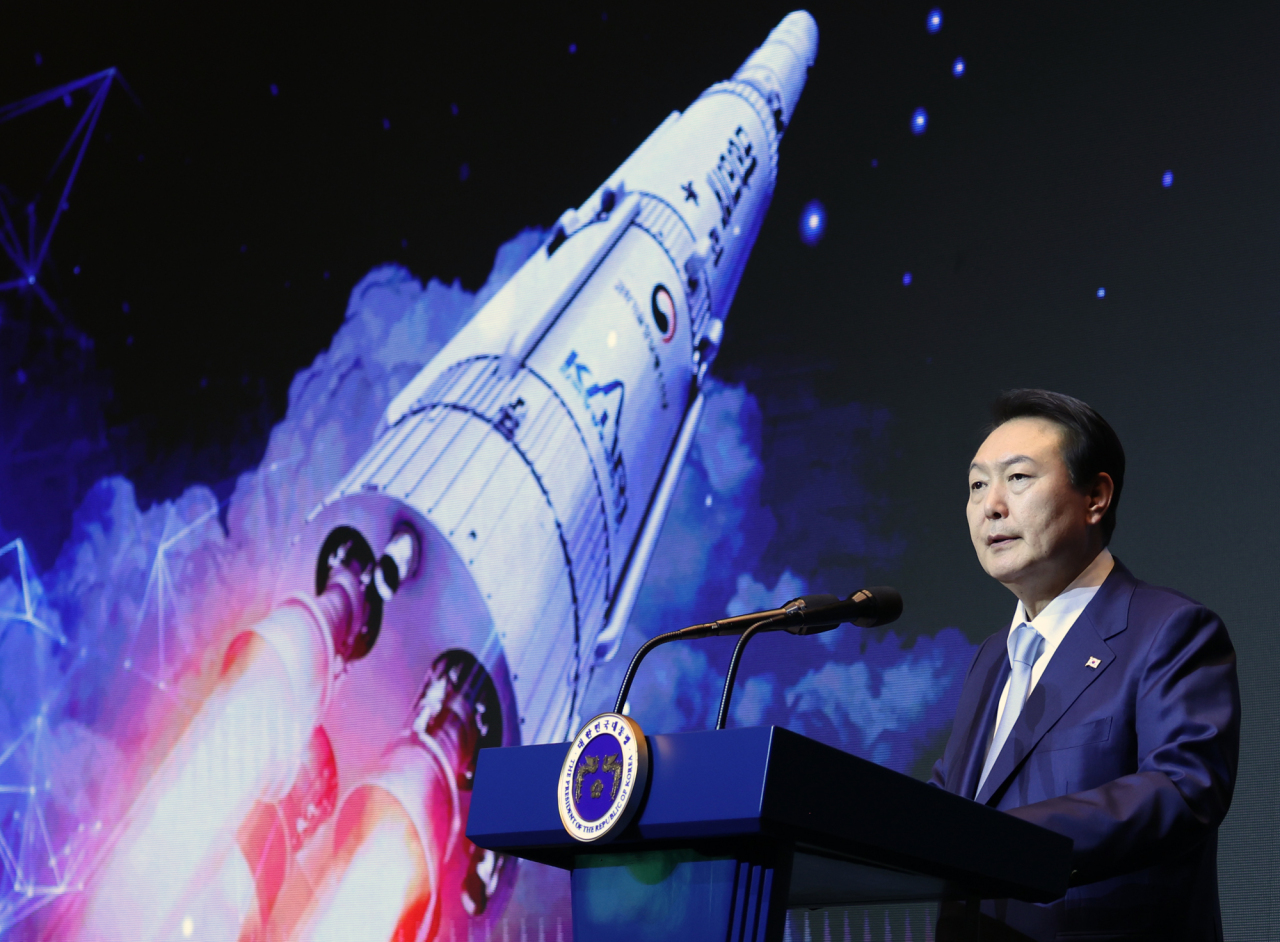 [1] President Yoon Suk-yeol announced South Korea’s space economy road map with goals of landing on the moon and Mars in about two decades.

[2] The plan includes developing an independent projectile engine that can fly toward the moon within five years, “land on the moon in 2032” to start mining resources and “land on Mars in 2045," he said at a ceremony held to mark the government's new space plan.

[3] The plan was unveiled months after Korea became the 10th country in the world to secure launch vehicle technology, following other countries including the US, Russia and Japan.

[4] Launched in June, Korea's first homegrown space rocket Nuri was developed at a cost of 2 trillion won ($1.49 billion) over 11 years. Korea became the seventh country to have developed a space launch vehicle that can carry a satellite greater than 1 ton.

2. This winter will be colder than usual, weather agency says

[1] Forecasting the heavy rain followed by strong cold wave to hit the country from Monday, the Korea Meteorological Administration predicted that this winter will be colder than usual, although it will not break records.

[2] "Strong low pressure will pass through Korea from Monday to Tuesday, bringing heavy downpour across the country. After the rain stops, cold continental high atmospheric pressure will expand from Wednesday, causing sub-zero temperature until Friday,” the weather agency said at a briefing Sunday.

[3] The rain is expected to begin in the morning in Gangwon Province, inland Chungcheong Province, Jeolla Province and western Gyeongsang Province. It will spread nationwide in the evening, mostly ending Tuesday morning.

[4] After the rain, according to the three-month forecast released by the weather agency, temperatures in December, January and February are likely to be similar to the average years or slightly colder.