[Herald-Pioneer Essay Contest] Gene Therapy: A Poison or a Cure for Humanity? 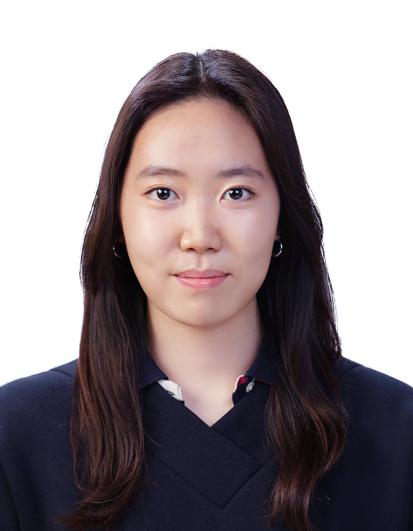 Below is a winning essay from The Herald-Pioneer Essay Contest. -- Ed.

The 21st century has been marked by an unprecedented rate of technological ad-vancement. Mind-blowing innovations have risen across all areas of science, from digital technology and AI to medicine and biotechnology. The majority of these developments have spawned revolutionary changes to humanity and augmented standards of life, at least in the developed part of the world. Yet, as the adage goes, “If it sounds too good to be true, it prob-ably is.” As much as these inventions have already shown great benefits and promising ways of future development, not one is without controversies that undermine its virtue. This essay will explore the ways in which the technological innovation of gene therapy has shown to be both a blessing and a curse to society.

Gene therapy effectively portrays the duality of scientific advancements in improv-ing human life. This technology is used in medicine to treat diverse conditions that originate from gene mutations, from cancer to blindness. By replacing the mutated gene or introducing new ones into the patient’s cells, gene therapy corrects abnormal gene activity or improves the body’s ability to combat it. For example, a gene therapy called Kymriah helps cure pa-tients with acute lymphoblastic leukemia, a common childhood cancer affecting 300,000 pa-tients each year. The treatment works by genetically programming the patient’s T cell of the immune system to detect and attack mutated cancerous cells.

Since its approval for commer-cial use by the FDA in 2017, the therapy has improved the conditions of 5,300 leukemia pa-tients in various clinical and real-life trials. In 2018, the treatment yielded a success rate of over 83% in combatting its target diseases with no regression, showing that gene therapy can greatly improve the well-being of patients. Better yet, the extent of the benefit of gene thera-py is not limited to an individual level. The successful treatment of young children by such gene therapy is especially valuable to a society’s economy as children add greatly to the fu-ture output of a nation when they grow and join the workforce. With the prediction that the therapy will aid the treatment of 800,000 patients in the next decade, the future of humanity only seems brighter with gene therapy.

Nevertheless, for all the promise this innovation offers, gene therapy’s effect on humanity is not single-sided. To start with the most prominent risk, the technology may like-ly widen social disparity due to its unaffordability. With currently available technology, the average price of sickle cell gene therapies stands high at $ 1 million, making it available ex-clusively for those of high income. Thus, ethical questions arise in whether it is just to give only the rich the right to receive cutting-edge treatment and neglect the welfare of lower so-cio-economic groups. Additionally, as gene therapy develops into a more entrusted proce-dure, those who are able to afford it will seek to utilize this technology to achieve their de-sires rather than strictly medical needs.

For example, some may try to genetically modify their embryos to possess ideal characteristics, creating a group of  “superhumans” superior to natural humans in appearance, physique, health, and intellectual abilities. Consequently, dis-crimination against the normal human population will arise in all parts of society. For in-stance, the superior humans will gain an unfair advantage over the rest of the population in the job market as employers show favor for them over the non-modified humans. This heavy allocation of opportunities to the “superhumans” would especially be inequitable seeing that they, coming from backgrounds affluent enough to afford such luxury of genetic modifica-tion, would not need the job as much as ordinary humans do. Frankly speaking, gene therapy may only make the rich richer, and push the poor further onto the margins of society.

Even worse, another peril of gene therapy to humanity is that it is not immune to medical side effects. If wrong genes are modified or removed, this error may trigger more complex medical complications such as cytokine release syndrome or nervous, cardiac, and lymphatic system disorders. Even Kymriah, which belongs to the safer side of the diverse gene therapy products, has caused fatal side effects for nearly 3.5% of its patients. Though present in a relatively low proportion of patients, such fatal medical failures cannot be ig-nored as the life of every human being is costless.

As explored with the case of gene therapy, technological advancements offer the potential for destruction as much as they do for growth. Empirical evidence suggests that the same ingenious innovations that help save the lives of millions may also serve to deteriorate the welfare of others. They may also become the subject of various conflicts dealing with ethics and justice in the hands of corrupt people who view the innovations simply as highly profitable products instead of catalysts for human improvement. Yet, this is not to say that humanity should denounce all scientific innovations solely because of the possibility of such negative consequences. If societies strive to minimize such risks and ensure that no countries or individuals are left behind in the application of the innovation, they will be able to take full advantage of the revolutionary advancements the technology can offer.