[Scholars and their Spaces] Sacrifice for the common good 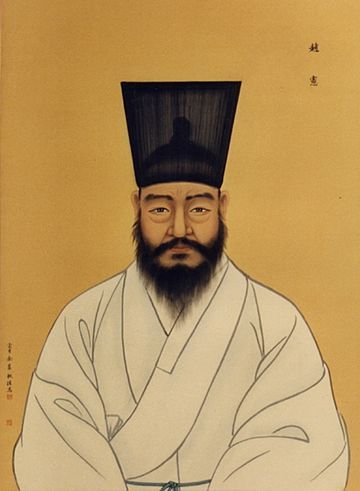 “If my appeal to the king is improper, hit my neck with an axe.”

Jo Heon (1544-1592), who came to Seoul from Okcheon, North Chungcheong Province, appealed to the king in front of the palace for three days to behead the Japanese envoy who demanded that Joseon make way for the Tokugawa shogunate -- the military government of Japan -- going to war against Ming Dynasty China.

While most government officials were uncertain about what to do, Jo, with an ax, voiced his opinion fearlessly at the risk of his life. Unfortunately, the king did not accept Jo’s appeal and Japan invaded Joseon in 1592.

Jo, also called “Huyul,” which means he follows Yi Yul-gok’s will as the “next Yulgok,” built Huyul Jeongsa in Okcheon to carry on Yi’s cherished plan and remember him by training junior scholars and promoting academic exchanges. A considerable number of scholars from distant parts of the country visited him. During the war against Japan, over 1,600 people gathered as volunteers to defend their country after Jo issued a manifesto. This shows what his leadership was like. 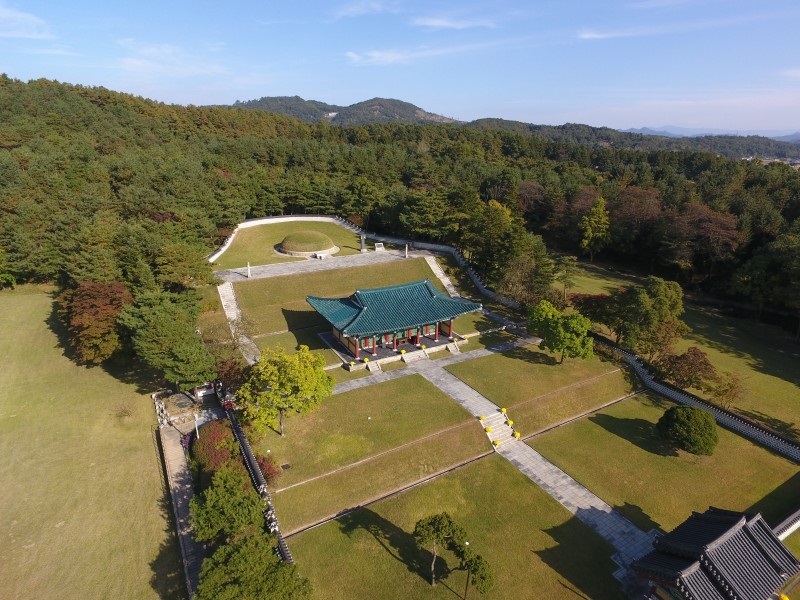 Jo also tried to improve the local education environment when he was dispatched as an education official. In addition, Jo urged the government to open government offices for the specially talented, regardless of where they were from, and even further to liberate slaves and make them commoners.

During the war, he analyzed the geographical information of areas where the Japanese could invade and took tactical advantage of the situation. Jo was able to recapture the Cheongju fortress with an army of Buddhist monks before his troops were forcibly dispersed by the government -- more specifically, a dispatched official for local military affairs in Chungcheong Province.

Jo died fighting to the end with 700 righteous army soldiers in a fierce battle against Japanese invaders in Geumsan. After his death, the war turned in Joseon’s favor because the Battle of Geumsan protected Jeolla Province, the breadbasket of Joseon.

The king, however, did not award him the Royal Certificate of Meritorious Subject that was presented even to the horseman who held the reins while fleeing to the countryside.

Some things never change. It is hard to find those who sacrifice themselves for the common good after obtaining a good position. They just tell the truth, not try to read the boss’s mind, when they take an opposing view.

“Even though the circumstances surrounding you do not support you, just keep carrying on what you do, something you believe.”

How many Confucian scholars practice the lesson of Mencius above in reality?

Jo always acted without a word of complaint and his determination never wavered. Some might say that his behavior of appealing to the king with an ax next to him was rude and improper, but a life of hard work and poverty equipped him with the power of execution. He was a man of action. He did his best in his situation rather than blaming the king and led by example.

Jo’s followers created a tomb to honor Jo and his 700 fighters and later erected a monument and shrine honoring them.

However, the tomb, monument and shrine were destroyed by the Japanese during the Japanese colonial rule of the early 20th century and the site was forcibly sold off. After Korea’s liberation, villagers raised funds and rebuilt the tomb and shrine in 1952. The original monuments and structures were partially restored in 1971, using parts that the villagers had hidden away in the mountains during the Japanese rule.

Park Jeon-eon is a senior researcher at Chungnam Institute of History and Culture. - Ed.