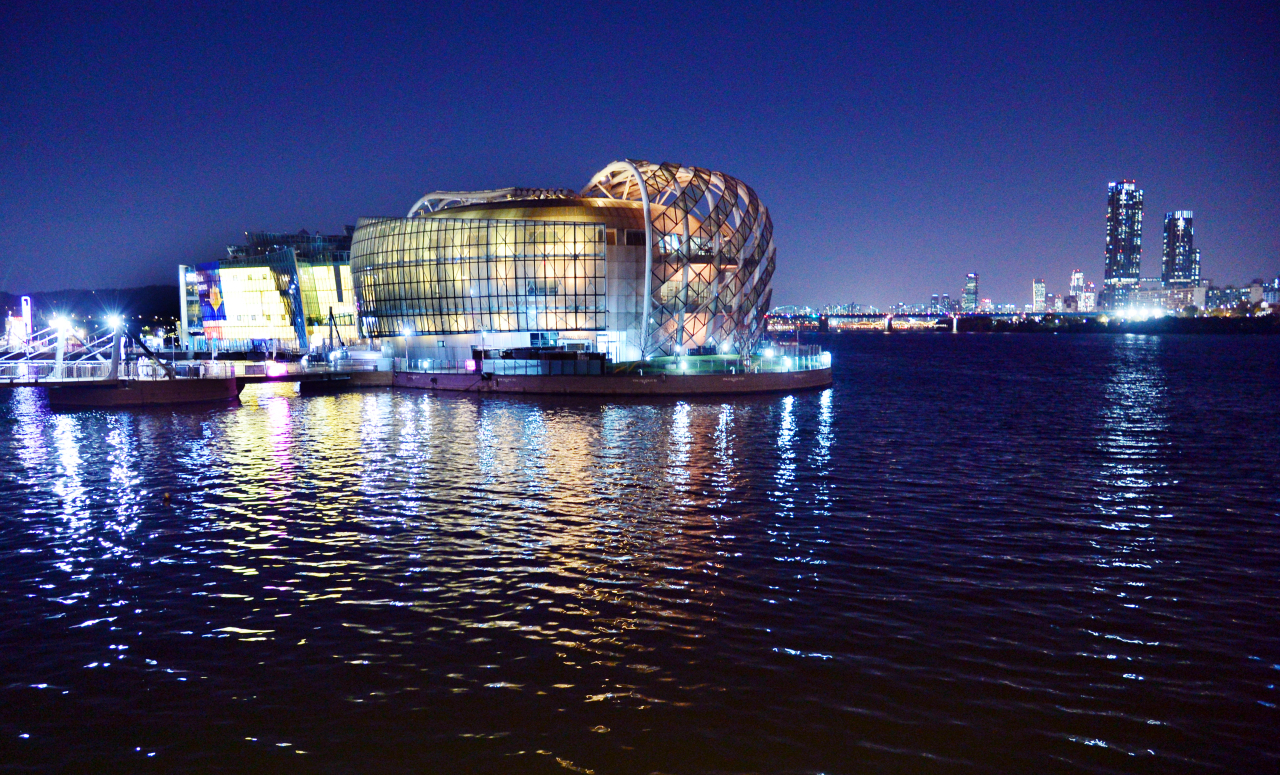 Hangang Park is a crucial part of the recreational life of many of us living in Seoul, offering rare public open space for joggers, cyclists and couples on dates. When the sun goes down and evening approaches, the Banpo part of the park lights up in vivid colors that cast shimmering reflections on the Han River. 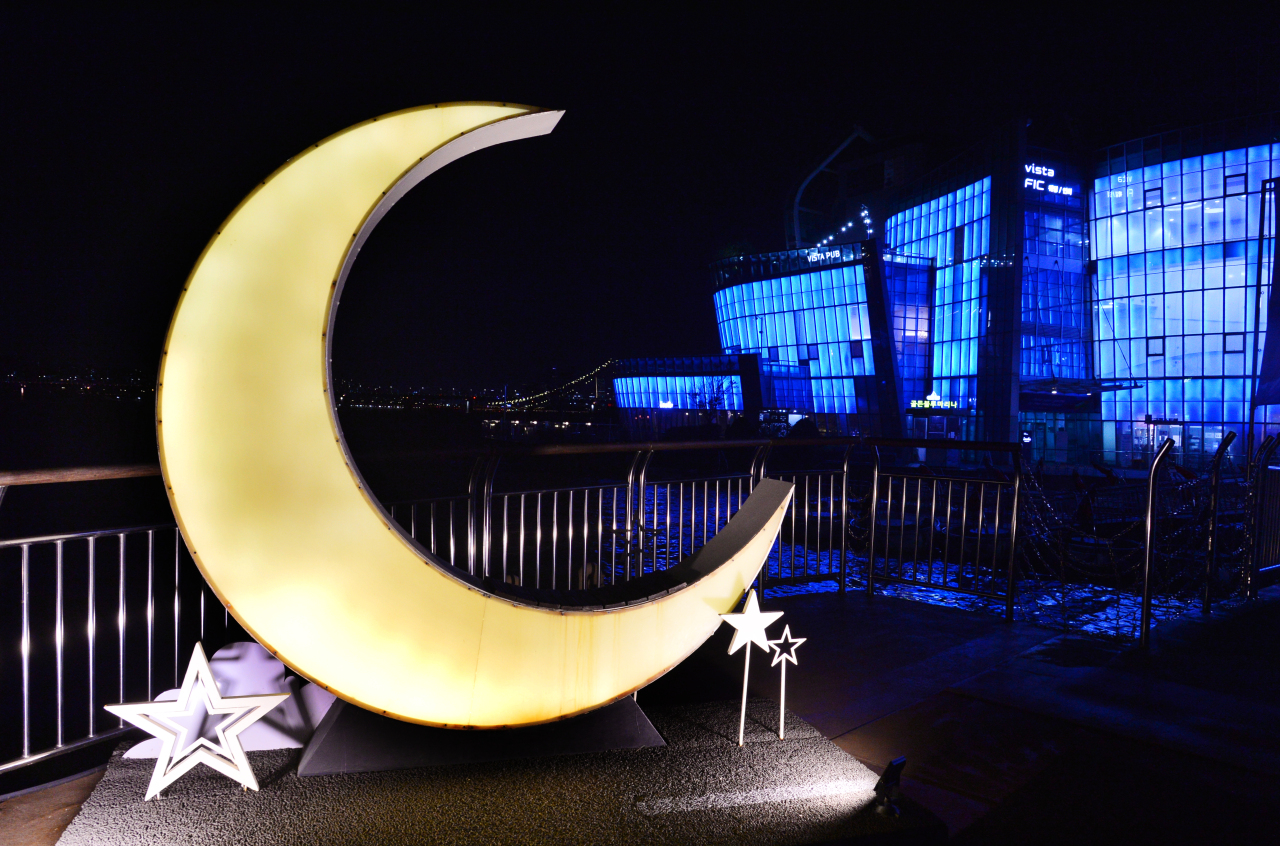 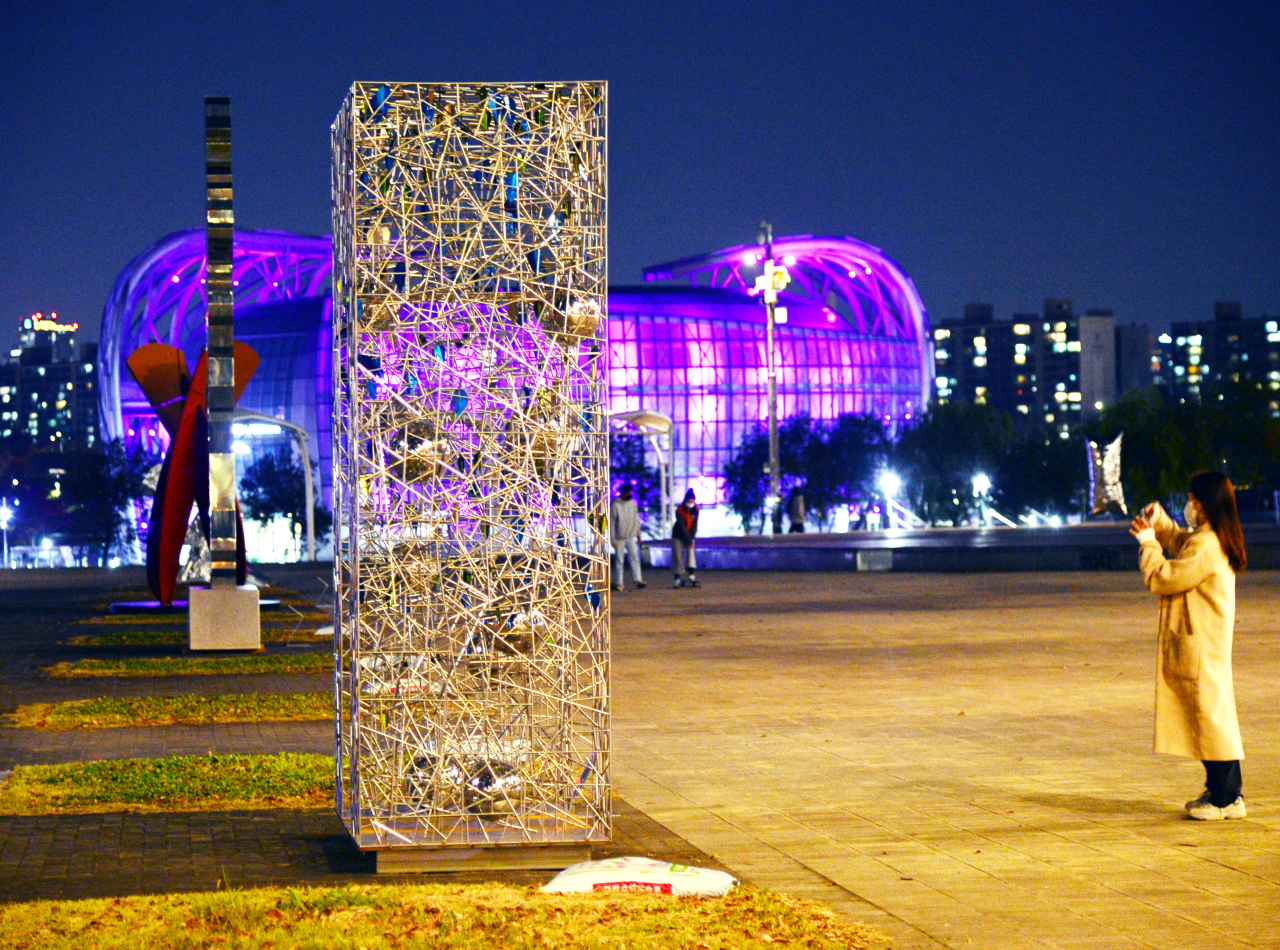 Located at Banpo-dong in Seocho district, Banpo Hangang Park boasts three buildings that radiates in changing colors. Known together as “sebit,” which literally translates to “three colors” in Korean, the architectures are located on Sebitseom, an artificial island. 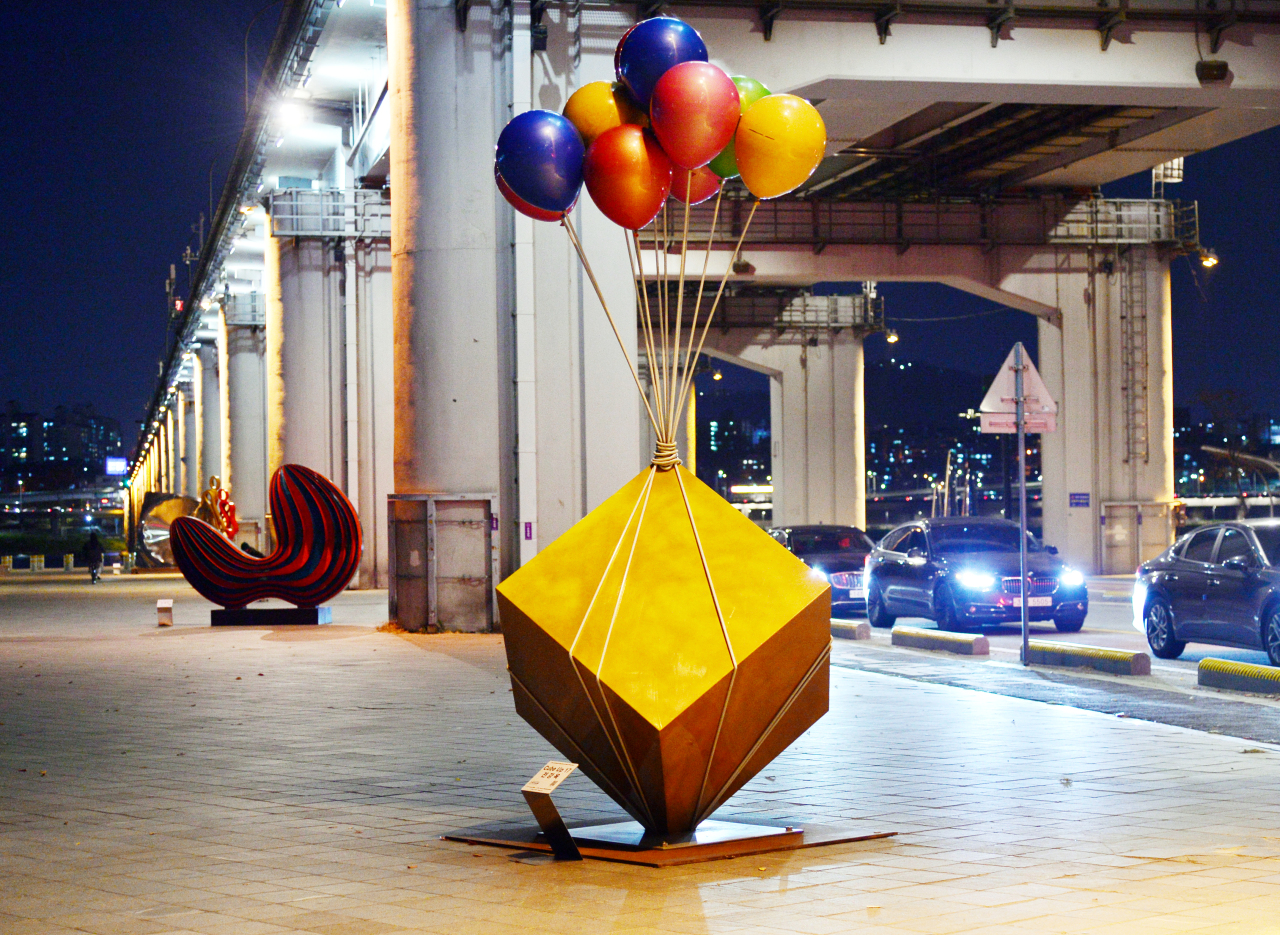 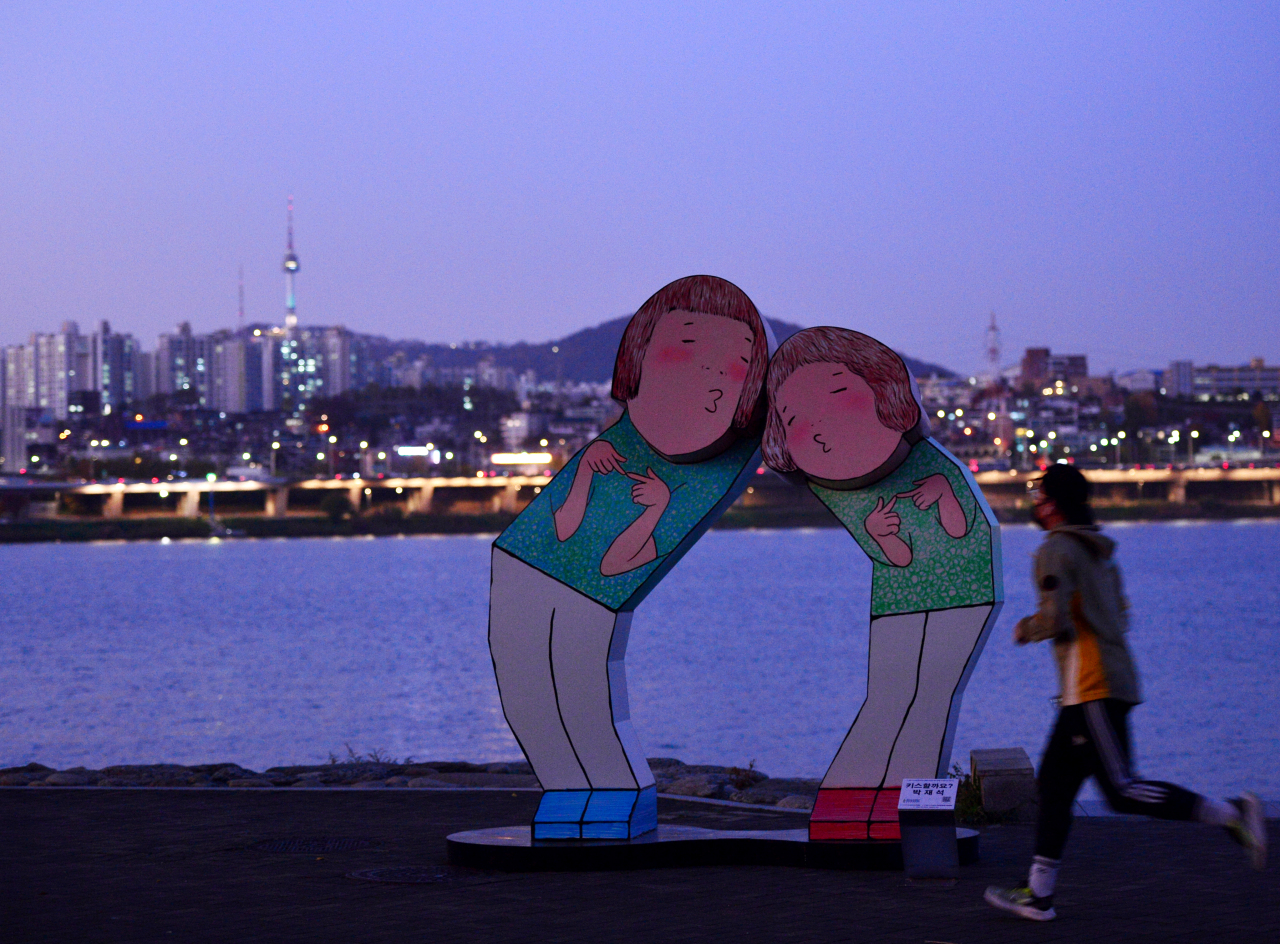 In the middle of Banpo Bridge and Dongjak Bridge, the park is also famous for the Moonlight Rainbow Fountain which makes for a great night-view spot. 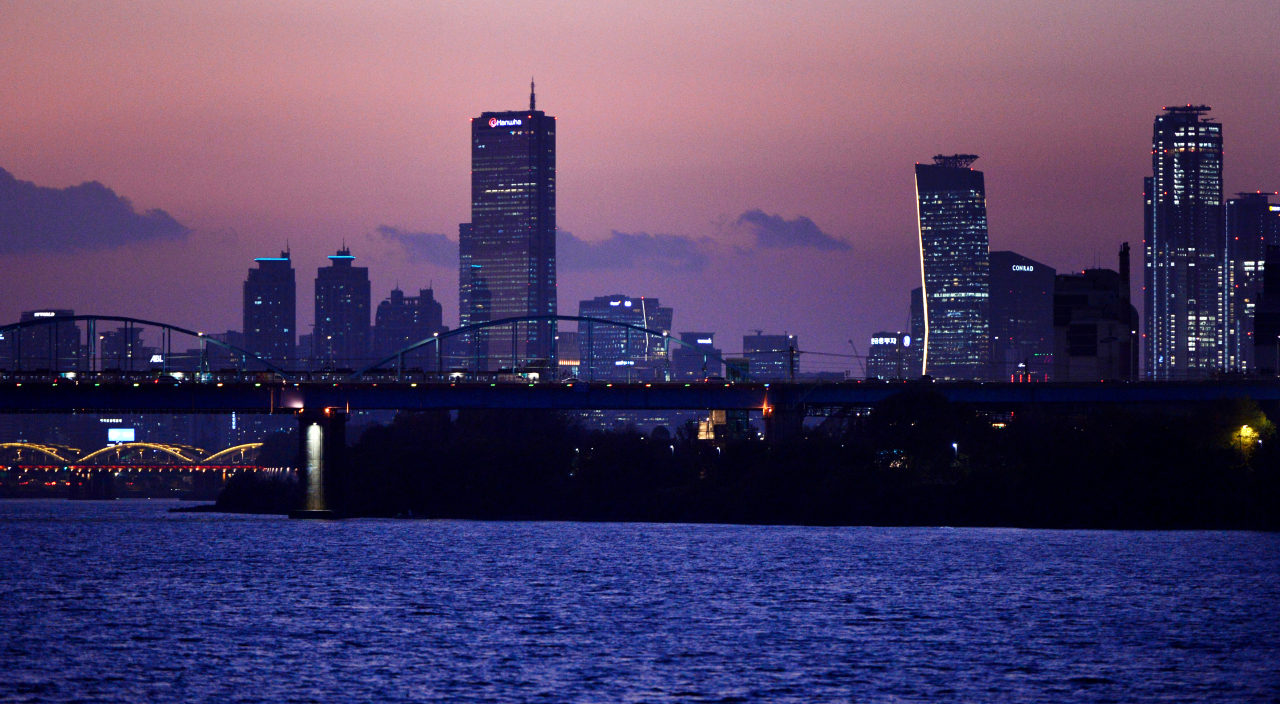 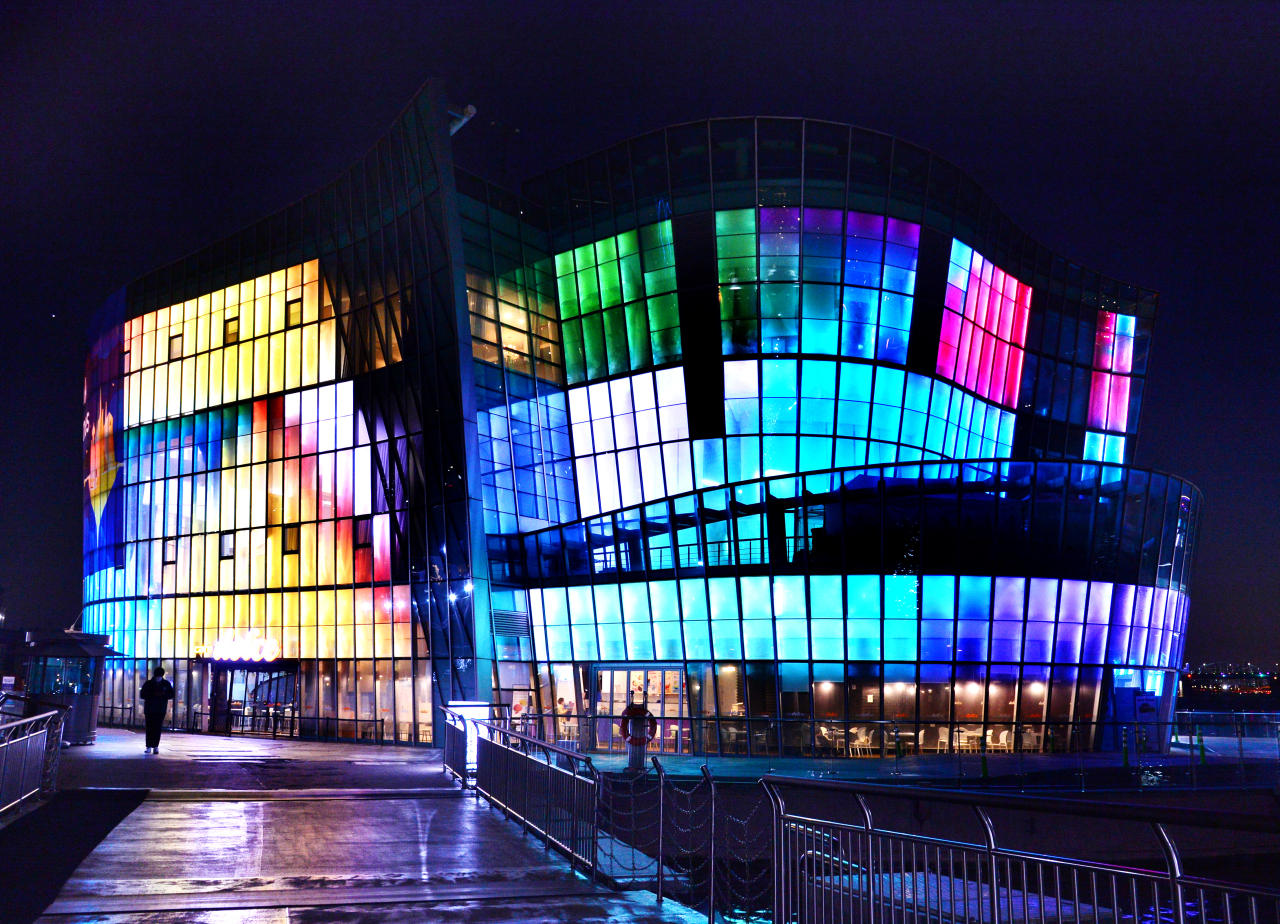 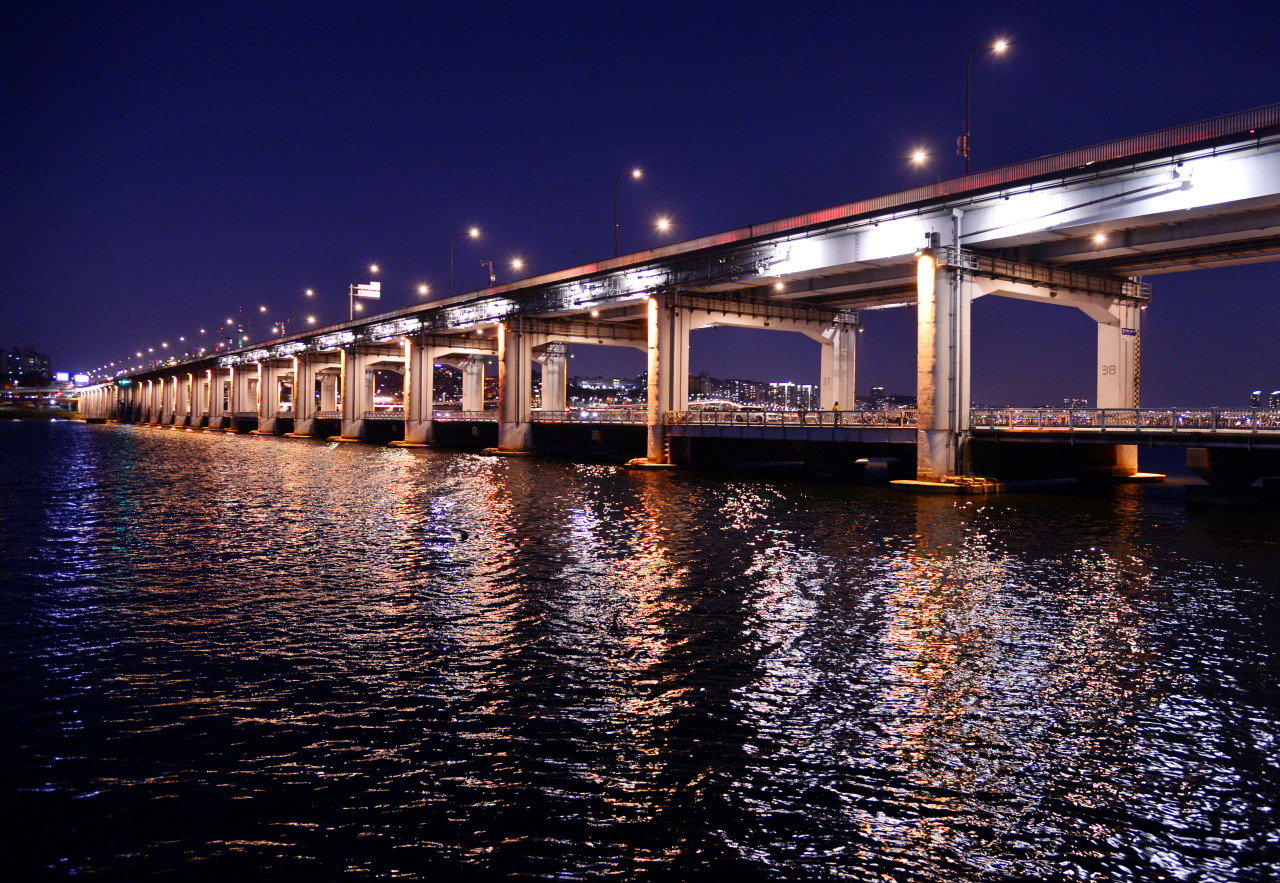 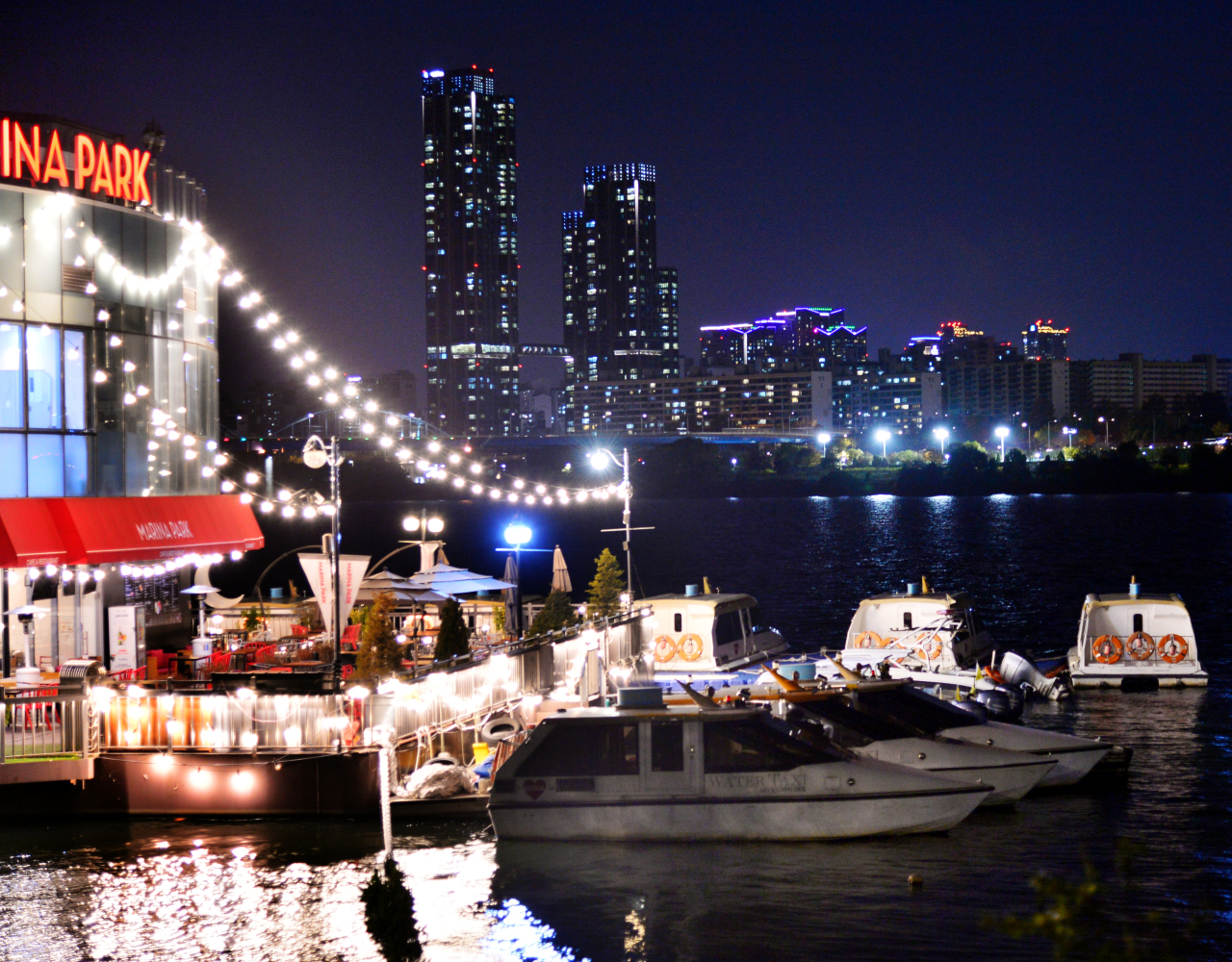 Banpo Bridge is also known as “Jamsoogyo,” meaning submerged bridge. The structure goes below the river’s water level for an average of 13 days a year during the monsoon season. 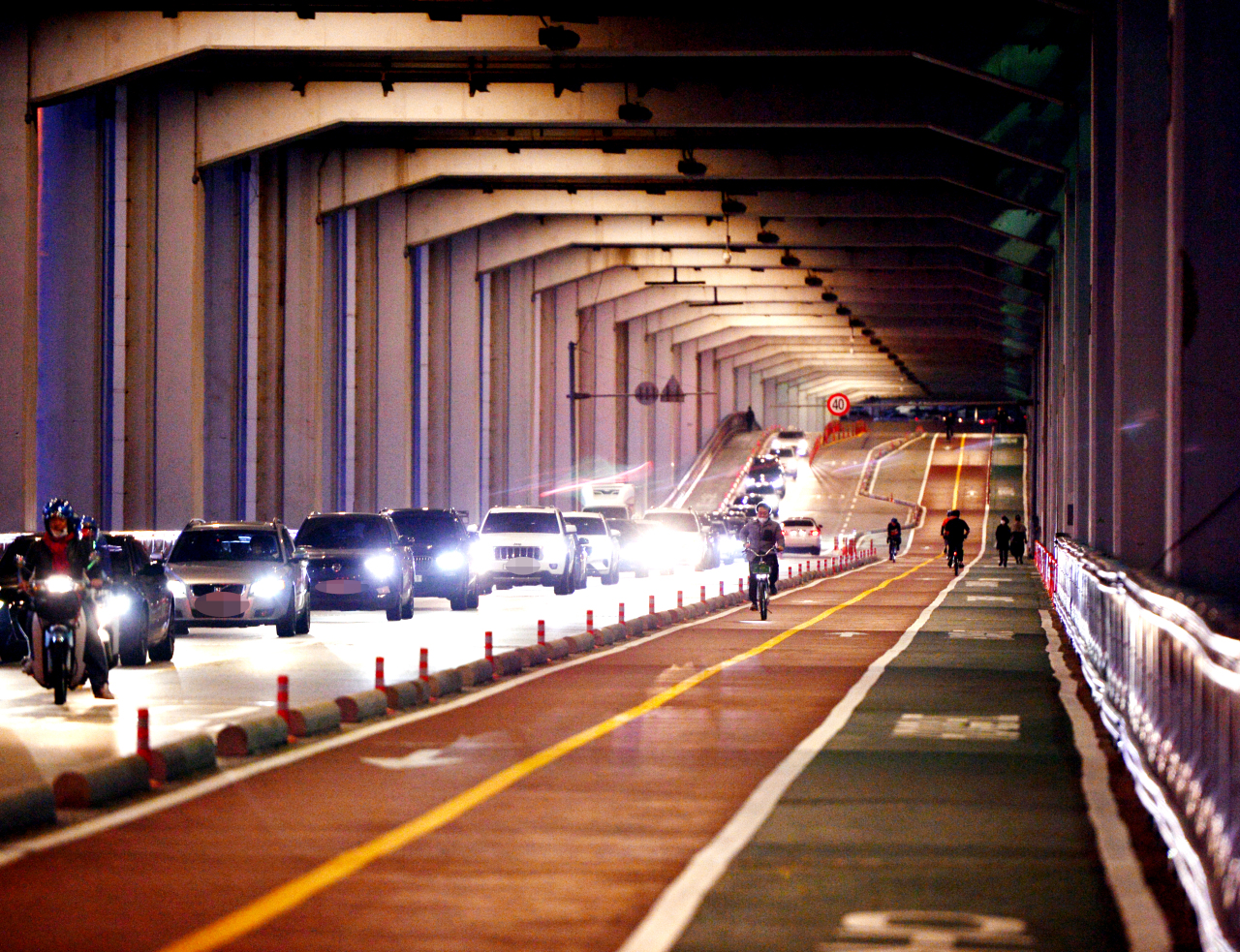