[Karl W. Smith] America should become a nation of renters 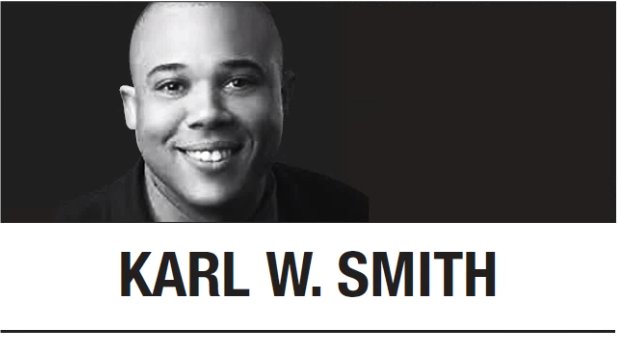 Rising real estate prices are stoking fears that homeownership, long considered a core component of the American dream, is slipping out of reach for low- and moderate-income Americans. That may be so -- but a nation of renters is not something to fear. In fact, it’s the opposite.

The numbers paint a stark picture. After peaking at 69 percent in 2004, the homeownership rate fell every year until 2016, when it was 64.3 percent, its lowest level since the Census Bureau started keeping track in 1984. The rate rebounded in Donald Trump’s presidency, hitting 66 percent in 2020, but that trend is likely to be arrested by a housing market that is desperately short on supply and seeing month-over-month price increases greater than they were in the frenzied market of 2006.

This process is painful, but it’s not all bad. Slowly but surely, most Americans’ single biggest asset -- the home -- is becoming more liquid. Call it the liquefaction of the US housing market.

Even in the best markets, single-family homes have historically been an extremely illiquid asset. Appraisals have to be made on an individual basis, and mispriced homes can sit on the market for months waiting for a potential buyer.

Liquid assets, like publicly traded stocks and corporate bonds, earn what’s known as a liquidity premium: Their market price is many times the dividend or coupon that investors get from holding them. The more liquid an asset, the higher that premium goes. On the flip side, those same high-flying stocks and bonds can see their prices collapse when investors get spooked and withdraw their cash from the market.

Houses have typically traded with very little liquidity premium. That meant a relatively low purchase price compared to what it would cost to rent -- the equivalent of the dividend from housing investment -- and stable prices over time.

These two factors made houses a good investment for moderate-income families who often lacked the cash and the risk tolerance for market investments. As investments went, single-family homes were cheap and slowly grew in value in both good times and bad.

In the early 21st century, automated appraisals and mortgage underwriting began to change that. Combined with the repackaging of subprime loans into presumably safer collateralized debt obligations, they created a far more liquid market for housing. In response, housing prices soared -- and became more sensitive to the vagaries of the markets. When investors pulled out of collateralized debt obligations, buyer financing dried up and the whole housing market crashed.

It may have seemed at the time like a failed experiment. But financialization had changed the housing market forever. Houses are now more prone to be priced high relative to rents, and to see their prices fluctuate with the market. The very features that made homebuying an affordable and stable investment are coming to an end.

But the illiquidity that made houses a safe investment also made America less dynamic and mobile. In coastal markets with strong demand for housing, market forces would normally have led to the replacement of single-family homes with duplexes and apartments. But existing homeowners are reluctant to agree to development with unknowable effects on the value of their most precious investments. The result is less development -- and sky-high rents for any residents not lucky enough to own their own homes.

As institutional investors increasingly enter the housing market, however, the incentives begin to shift. Large investors can expand or redevelop their properties themselves, because they benefit from a greater number of overall tenants, even if rents themselves dip.

Meanwhile, the increased availability of rental properties could benefit homeowners in declining areas of the country. They frequently cannot move to more prosperous areas because they can’t sell their homes for nearly enough to buy a new place somewhere else. In an economy with more rentals, however, they could afford to try a new place for a few years without the commitment of a mortgage or down payment.

A nation of renters could lead to a world where location decisions are driven far more by personal preferences and life-cycle demands. Younger workers might prefer the excitement of the city. A couple just starting a family could reunite with their parents or siblings in a small town.

The US is not quite there yet, and not just because too many people are chasing too few apartments. To see the US as a nation of renters requires a revision of the American dream of homeownership. This country was always more about new frontiers than comfortable settlements, anyway.