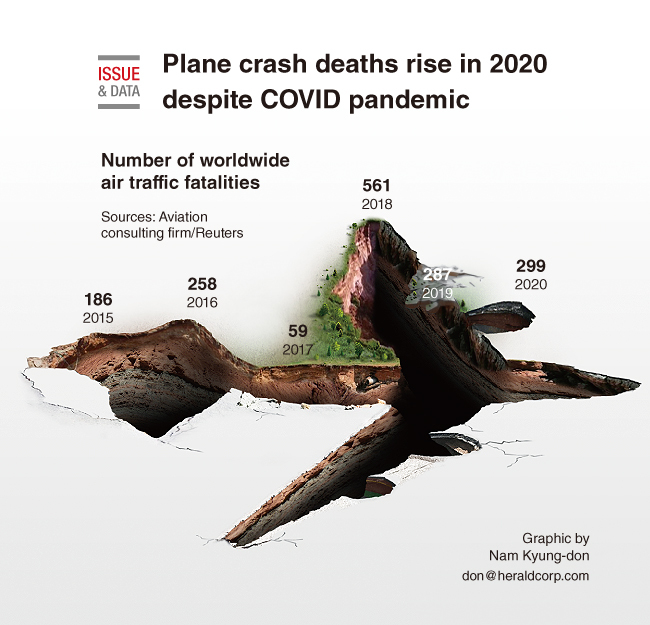 The number of people killed in large commercial airplane crashes rose in 2020 to 299 worldwide, even as the number of crashes fell by more than 50 percent, a Dutch consulting firm said.