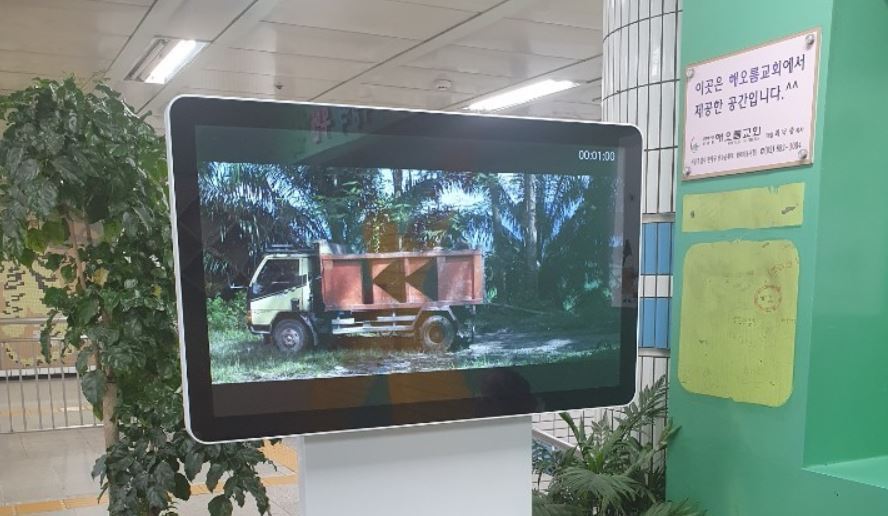 [1] People riding subways will want to keep a close eye on the destination information screens on subway trains and at stations for the next few weeks: The Seoul Metro International Subway Film Festival kicked off Monday, bringing short films to commuters through Sept. 18.

[2] The official slogan for this year’s festival, now in its 11th year, is “90 seconds, enjoy the subway!”
“I hope many people using the subways can enjoy arts and culture by watching the super-short films,” said Seoul Metro media director Jung Sun-in.

[3] The 25 international films, 15 domestic films and 15 special films chosen by the festival’s judges offer entertainment and stir the emotions of those traveling on Seoul Subway Lines 1 to 8. Yeongdeungpo CGV will also screen the films Sept. 16 and Sept. 18, with screens at Sadang Station and Dongdaemun History & Culture Park Station showing the films throughout the festival period.

[4] The movies were selected by five judges from among 1,075 works from 58 countries, setting a record for submissions to the festival. The films were required to be under 90 seconds long, excluding the credit roll, and to be comprehensible without audio.

[1] Amid the growing need for a fresh approach in the already saturated shared space industry, local company FastFive is turning to small commercial building landlords to minimize initial expenditures and build a sustainable profit structure.

[2] Kim Dae-il, chief executive officer of FastFive, told The Korea Herald in a recent interview that the company is looking to forge more partnerships with landlords of small commercial buildings instead of signing long-term lease contracts with landmark buildings in Seoul and neighboring areas -- conventional methods that have been pursued by international shared space giants like WeWork.

[3] FastFive does not sign a lease agreement with the landlord, but instead signs a partnership agreement that allows the operator to receive funding from the landlord, he said. The company uses the funds for various purposes, including upgrading the interior design of the leased space. Then, the operator manages the space and distributes the rental income from its tenants to the landlords. As a result, property owners receive the guaranteed portion of income monthly instead of a fixed rent under a conventional leasing agreement. FastFive offers five to 10 years for such partnerships.