Likewise, everything about “Peninsula” will be faster and fiercer compared to the original “Train to Busan,” according to the director of both films, Yeon Sang-ho. While the uninfected protagonists from the “Train to Busan” could do nothing but run from the zombies, the sequel will show survivors fighting back, and some taking advantage of the situation.

Set to hit the local theaters on June 24, director Yeon and the lead actors of the film, including Lee Jung-hyun and Gang Dong-won, held a promotional event Tuesday. The event was livestreamed online due to concerns over the spread of COVID-19.

Gang takes up the role of Jung-seok, who is sent back into the zombie-packed peninsula on a mission, while Lee plays Min-jung, a mother of two daughters who struggles to protect her family. Lee comes to save the lives of Jung-seok and his team of men from a zombie attack and the two band together.

Gang says that although he is not personally a fan of zombie films, he chose the film without hesitation after reading the script.

“Taking up a follow-up film could sometimes come as a burden for actors, but ‘Peninsula’ gave me no such feeling. I also had been wanting to take part in a post-apocalyptic film since there has been almost none in Korea until now,” Gang, 39, said.

According to the director, Yeon started mapping out the sequel as he was hunting out locations for “Train to Busan.”

“We found a lot of ruins, and thought, if ‘Train to Busan’ goes well, I should make a film in these places. That was the start,” Yeon said.

Yet the ruins were mere scraps to start from.

“We thought about how the peninsula would have changed if it had been deserted for four years. We expected there would have been floods, as drainage systems would have been destroyed, and cars would have sunk and ships been overturned,” the director said, adding he worked with some 40 meteorologists to devise such settings. The production team paved a 50-meter length of asphalt road and piled on some 80 dumped cars as well, he added. 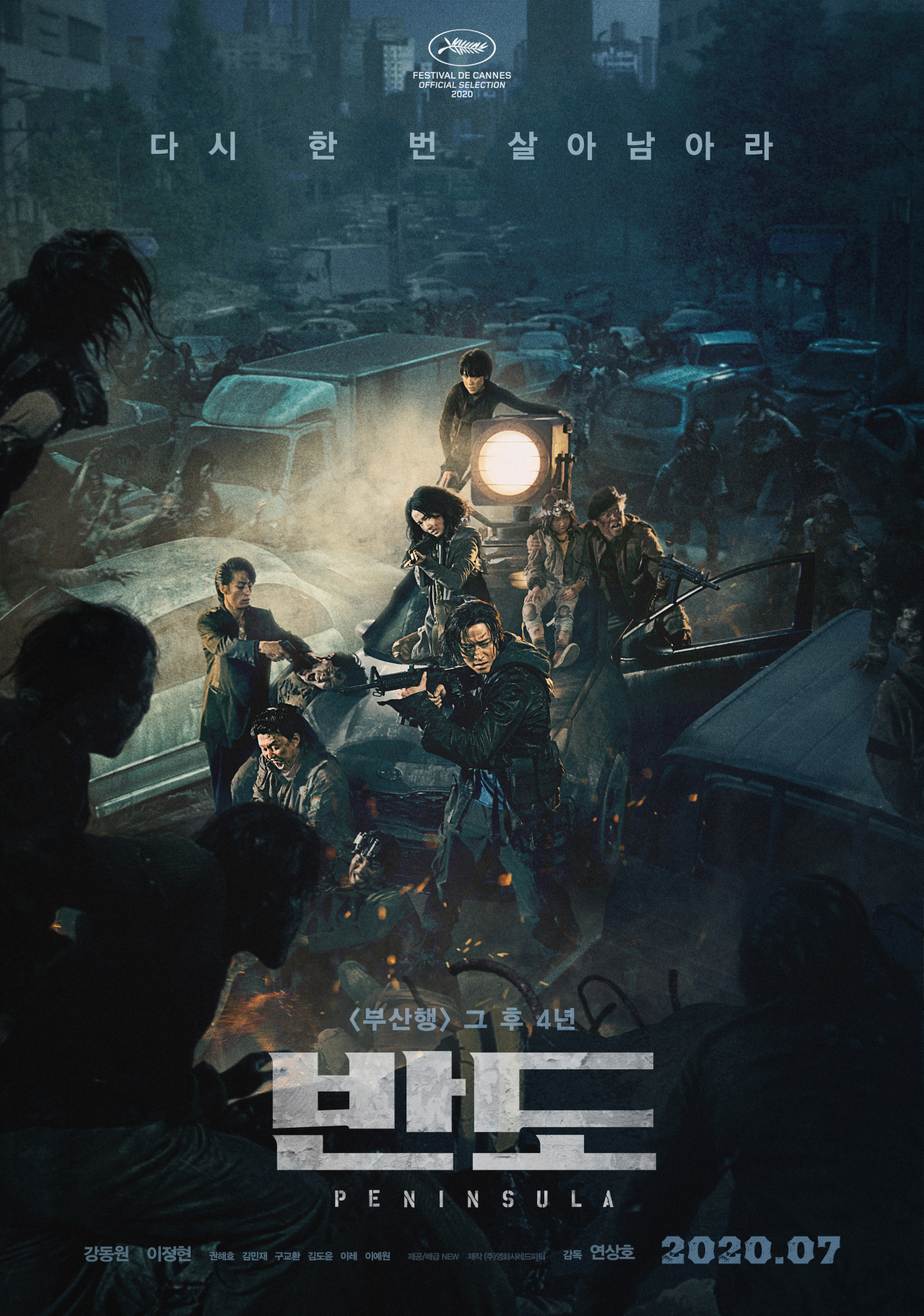 "Peninsula" poster (NEW)
While the action mainly happened inside the titular train in the original film, with the survivors fighting the zombies with only their body and wits, “Peninsula” takes the action to another level with a car-chase scene and more.

The action-thriller was selected among the official lineup of the 73rd Cannes Film Festival. Originally slated for mid-May, this year’s edition of the Cannes festival was canceled due to the COVID-19 pandemic.