[Serendipity] Still perplexed after all these years 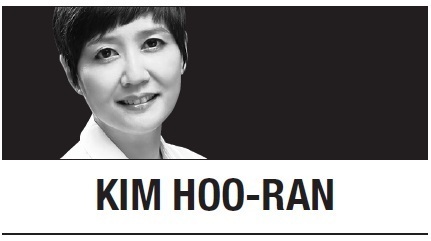 In October 2005, I visited Pyongyang and Myohyangsan with a small group of South Korean travel journalists. This was the time of the Roh Moo-hyun administration when there were robust inter-Korean exchanges.

A year earlier, I had traveled to the Kumgangsan resort and attended the groundbreaking ceremony for a South Korean company-invested 18-hole golf course. I also visited Singyesa Temple, where a South Korea-led project to restore the Silla-period Buddhist temple had just commenced.

Writing about the Kumgangsan visit had been easy enough -- a spectacular acrobatic circus performance, the howling of the wind between the 12,000 peaks of Kumgangsan and soaking in an outdoor hot spring gazing at the curtain of mountain peaks. There was very little interaction with North Koreans.

Pyongyang was a different story. For days after my return, I did not know what to make of what I had seen. Frustrated, I called a couple of senior colleagues who had been to North Korea on different occasions. “I do not know if what I saw was how it really is,” I said. Turned out I was not the only one confused. “Yes, my visit to Kaesong left me perplexed, too,” one of them said.

Growing up in South Korea in the 1970s, I was heavily indoctrinated with anti-communist ideology. At school, there were anti-communist poster competitions, where we imagined North Koreans as red devils with horns sprouting from their heads.

Understandably, it was with trepidation that I disembarked from the Korean Air flight at Pyongyang’s Sunan International Airport.

The moment I boarded the bus that would take us around during our stay, I realized that “minders” were sitting with us. The first few minutes were nerve wrecking and I was glad I had my sunglasses to hide behind. Trying to engage in a conversation, I asked my minder for the name of the street we were passing through. I got no response.

Forced to spend four days in each other’s company, the reporters and the minders had to talk with one another, and we got to know each other a little. No, these people did not have horns. We spoke the same language, we were curious about each other and we were, at least I hope, glad we met.

On our last evening, we got together for a drink, on the pretext of photo inspections. I am sure our minders knew that we had downloaded our photo files on our laptops and that there would be no incriminating photos remaining on the cameras’ memory cards.

Saying goodbyes at the airport, I wondered if I would ever see these people again -- the fashionable minder who I noticed changed his tie every day, the shy one who blushed when goaded by his colleague to sing, the one who said that I should take off my sunglasses.

Turning around to take one last look at the group, I had a sudden desire to yank them away to freedom with me. It broke my heart that, for them, there was no possibility of leaving the totalitarian state, one of the poorest countries in the world with a horrifying human rights record.

Back in Seoul, I imagined climbing Paektusan on my next assignment. That was not to be. Inter-Korean relations chilled and then went into a deep freeze.

When the 2018 PyeongChang Olympics set a peace process in motion, I crossed my fingers, hoping that scaling Paektusan was in the not too distant future. That hope was dashed as denuclearization talks stalled.

“Crash Landing on You,” a tvN drama with an improbable premise of a South Korean businesswoman and a North Korean pianist-turned-soldier falling in love, is pure fantasy. Yet it seems to have grabbed the attention of people with its depiction of North Korea. People are the same whether they live north or south of the DMZ, the drama seems to say.

Experience tells us not to trust North Koreans. We have been duped by North Korea many times over. Hence the frustration I felt 15 years ago. I doubted the veracity of everything I heard and saw there. Yet, I also wanted to believe. If you could not trust people, all hopes are lost for any understanding, any relationship.

This is the conundrum that still plagues me as I watch “Crash Landing on You.”


The writer is a culture desk editor at The Korea Herald -- Ed.