The K League 1 team said Sunday that they have terminated their one-year deal with the 27-year-old English midfielder, citing Mutch's failure to make an adequate transition on and off the field.

Mutch, who previously played for Birmingham City, Cardiff City, Queens Park Rangers and Crystal Palace in the Premier League, signed with Gyeongnam in February. But he only played eight matches and netted one goal, while dealing with a hamstring injury he suffered in April. 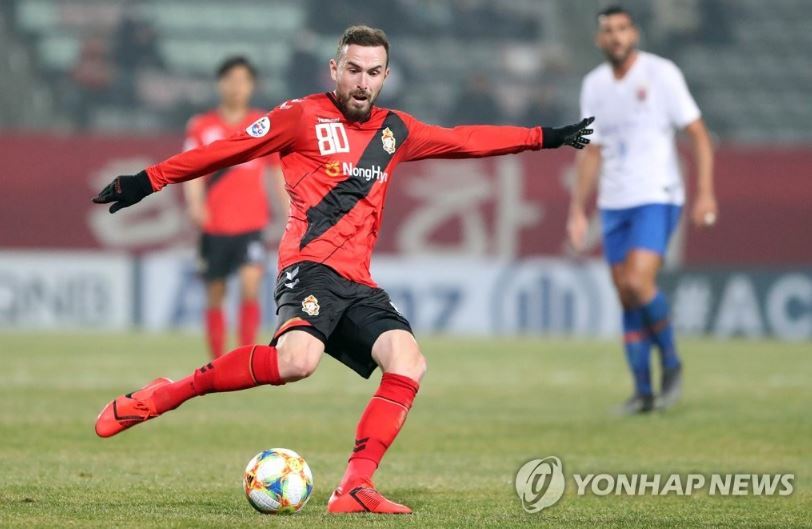 Mutch returned to action on June 29 but his hamstring acted up again.

Mutch was playing in a non-English speaking country for the first time in his career. After spending his first 10 seasons in England or Wales, Mutch played the 2018 season with Major League Soccer's Vancouver Whitecaps in Canada.

Gyeongnam were the surprise runners-up in the K League 1 last year but haven't been able to match that success this year. They're in 10th place among 12 clubs, with 14 points from two wins, eight draws and nine losses.

Before sending Mutch home, Gyeongnam had lost striker Negueba for the season with a knee injury in May. (Yonhap)