“There are already around 10 books that deal with the BTS syndrome. Many of them, written by professors, take a philosophical view on BTS’ narrative structure, fandom or communication. I thought my book should have a different approach, so I did what I could do best,” Seo told The Korea Herald. 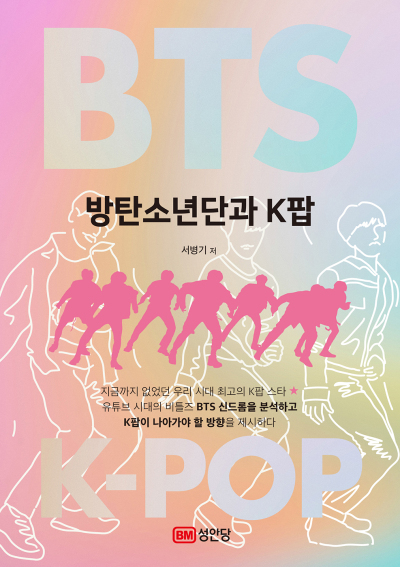 "BTS K-pop"By Seo Byung-ki Seongandang (336 pages, 18,000 won)
Reflecting the writer’s experience covering the entertainment scene, the book explores what made BTS successful and suggests how the K-pop industry should evolve.

Like the “Love Yourself” album series, the book is divided into four parts, “Ki, Seung, Jeon and Gyeol,” the four elements or stages of a plot.

The “Ki” section deals with how BTS was able to lead the K-pop scene. “Seung” is an introduction of each of the seven members and their appeal. In “Jeon,” Seo looks into BTS‘ achievements and standout events involving the group. Through “Gyeol,” the writer looks into how K-pop idols can become globally succesful.

“I actually wanted to suggest that the idol training system should move onto the next paradigm. But I couldn’t do that in the book, because that may sound like a denial of the existing system,” he said.

“BTS really did something that other idol bands could not do -- tell its own story. Producer Bang Si-hyuk made the members think for themselves and tried to learn what they were thinking, turning the thoughts into stories,” he said.

According to Seo, BTS’ message is to find oneself and to love oneself. By having its own message, BTS has become an artist.

“This book targets ‘Army’ (BTS fandom),” he said. “In writing this book, I communicated with BTS’ global fans via email. And I have never gotten this much help in my life. They wrote to me with passion and dedication. All this can happen only because they really love BTS. They empathize with BTS’ music, message and even more.”

Seo is already working on his next book which will be a discussion of V, a member of BTS.