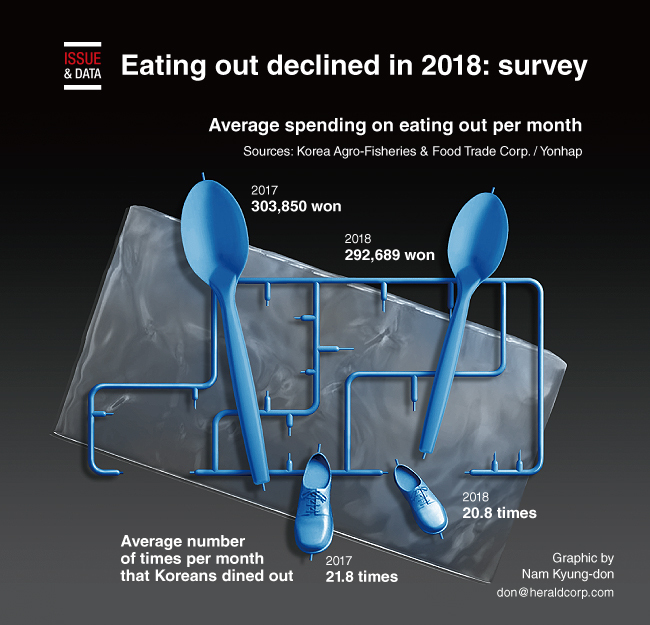 South Koreans dined out less frequently in 2018 compared with 2017, according to a recent survey.

The survey involved 3,014 people aged 20-69, and revealed that Koreans dined out an average of 20.8 times per month last year. The comparable figure a year earlier was 21.8.

They made an average of 13.7 visits to restaurants per month, with delivered or takeout meals accounting for the remainder.

The survey, conducted by the state-run Korea Agro-Fisheries & Food Trade Corp., also showed that Koreans ate alone an average of 3.5 times per month while dining out.