Friday marks the 65th year since the two Koreas signed the armistice that brought the 1950-1953 Korean War to a halt.

Photographer Kim Nyung-man’s “Scenes of National Division: Panmunjom and DMZ” is a 288-page book that was released on July 15 amid hope that the current warming of relations between South and North Korea would lead to lasting peace. 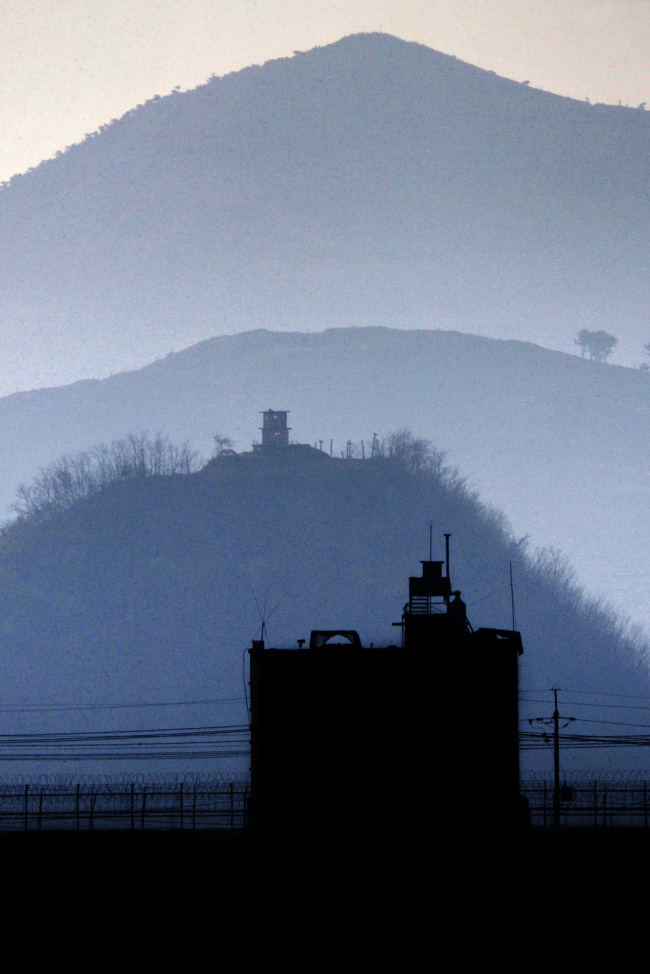 "South and North, close yet far. Western Front" by photographer Kim Nyung-man (Courtesy of the artist)
Kim has compiled works that span 35 years, featuring portraits of the border village of Panmunjom, the Demilitarized Zone and villages near the border.

Kim is a documentary photographer who started his career as a photojournalist at Donga Ilbo newspaper, where he worked for 20 years. During those years, Kim captured many important moments in Korea’s contemporary history, including the Gwangju Democracy Movement in the 1980s.

“I decided to compile my works related to the national division right after the recent inter-Korean summit held at Panmumjom,” Kim told The Korea Herald. It was really exciting to see the leaders of the two Koreas shaking hands and taking turns to cross over the concrete slab that divides the two countries, Kim recalled.

“Scenes of National Division: Panmunjom and DMZ” is a kind of milestone for him, the photographer added.

“The works included in the book came before the ongoing positive interactions between the two Koreas. I think a change has come about. I wanted to compile my past works, in hopes that the two nations move on to the next phase -- a peaceful one.”

Of his many images, Kim singled out a 1992 photo that lingers in his mind.


It shows a South Korean military officer and a North Korean officer holding hands as they walk on a slippery road at Panmunjom. “When I took the picture, I felt a kind of hope, one that is still valid at this very moment,” Kim said about the picture taken when inter-Korean delegates crossed the border line at Panmunjom for high-level talks held in Pyongyang.

“I want to go to the DMZ when things get better in the future,” Kim said.

“The DMZ has become a place where nature rests and provides a habitat for animals and plants. I want to visit and capture the area kept off-limits for decades.”