Though the presidential office and ruling party leadership have said any extra taxes will be limited to corporations and the richest individuals, criticism persisted on the apparent inconsistency in the state chief’s words.

Throughout the presidential election campaign and up until recently, Moon has been aspiring to achieve his visions of welfare and fair economy by cutting down on excessive spending and realigning the government structure -- that is, avoiding tax increases. 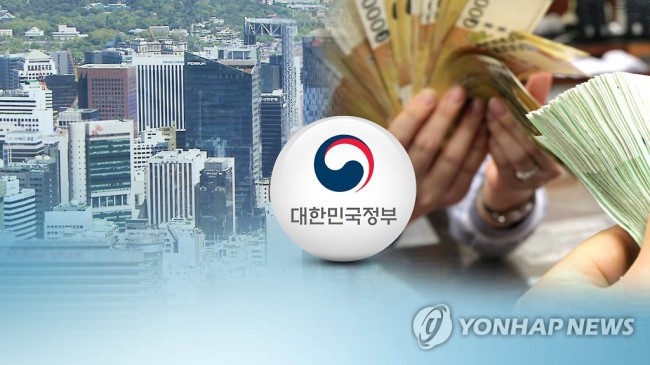 Moon’s rivals criticized the plan as unrealistic, pointing out that his conservative predecessor Park Geun-hye had made similar promises that she failed to abide by.

“The government should first carry out efforts on cost cutting or restructuring (before moving straight on to tax hike),” Rep. Lee Sang-min of the ruling liberal Democratic Party of Korea said in a radio interview with CPBC.

“Without such efforts, the people will find it difficult to agree (with the government’s decision).”

Even if the tax hike were to be limited to corporate tax, the amount will be reflected in the retail price of products and eventually place burden upon the consumers, the lawmaker claimed.

“It would be unmannerly (for President Moon) to push ahead (with the tax hike) just because his approval ratings are still high,” Lee said.

According to local pollster Gallup Korea on Friday, 74 percent of Koreans approved of the job Moon was doing this week, down 6 percentage points from the previous week.

Rep. Lee’s remark came in objections to party chief Rep. Choo Mi-ae, who on the previous day called for a tax hike for the most profitable corporations and the highest earners.

“We shall discuss the related details once the (ruling) party comes up with a reform plan of the tax system,” said the Blue House’s chief press secretary Yoon Young-chan, following Choo’s words.

The minister of the interior, Democratic Party Rep. Kim Boo-kyum also made strong calls for a tax hike during a meeting of the president and economic ministers Thursday.

Despite the ongoing controversies within the political circles, however, the real dilemma for the government is whether it will be able to secure the 178 trillion won ($159 billion) required to fund his state affairs tasks that were officially announced Wednesday.

The State Affairs Planning Advisory Committee, which effectively served as Moon’s transition team, claimed that 95.4 trillion won of necessary funding could be raised by rearranging and reducing expenses, while the rest will come from a net increase in tax revenues.

Such fiscal plan, based on an optimistic forecast of tax revenues, has led to questions about fiscal sustainability, and is expected to be excluded from the government’s initial tax law revision in August.

Meanwhile, President Moon held his second meeting with some 220 financial officials and experts Friday to discuss ways to fund his 100 policy tasks.