By 안성미
Published : Oct 4, 2016 - 11:35       Updated : Oct 4, 2016 - 11:35
[THE INVESTOR] The South Korean government and the Bank of Korea have filed a damage suit against Volkswagen’s German headquarters seeking compensation over the automaker’s massive diesel emission scandal, local news reported on Oct. 4.

Korea Investment Corporation, which manages assets entrusted by the Ministry of Strategy and Finance and the central bank, filed a petition at the district court in Braunschweig, near Volkswagen’s headquarters, on behalf of its plaintiffs last month. The claim amount is unknown. 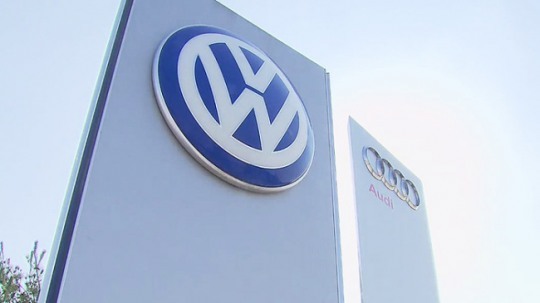 The state investors claim they suffered huge loss on their VW shares because the automaker failed to disclose the use of defeat software to manipulate emissions test in its vehicles to the shareholders quickly enough.

After the US regulators disclosed VW’s emission scandal on Sept. 18 last year, VW shares plunged and has been unable to recover since then.

Since the scandal, close to 1,400 lawsuits have been filed at the Braunschweig court alone, with the combined damages totaling 8.2 billion euros (US$9.18 billion) from investors around the world.