The South Korean government will consider expanding the number of ports of call across the globe for national vessels as part of measures to minimize the impact of Hanjin Shipping’s court receivership on the country’s exports. 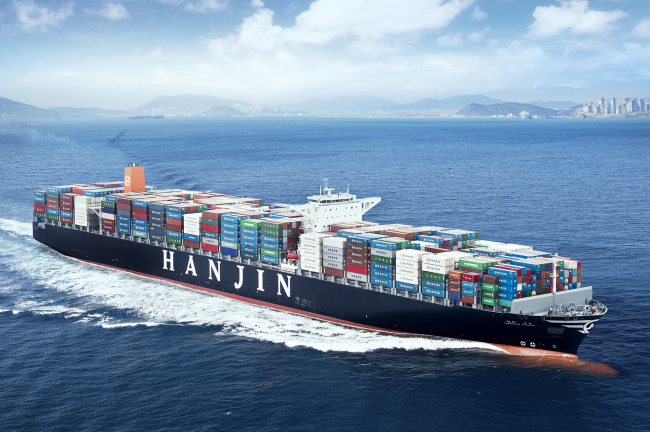 According to the Ministry of Oceans and Fisheries on Sunday, senior officials from nine economic-related ministries discussed additional measures to deal with the possible impact of the fallout of the country’s largest shipper that applied for a court receivership last Wednesday after its creditors decided not to provide further financial support.

“The most urgent task is to have exported cargo safely arrive at final destinations,” said Maritime Minister Kim Young-suk during a meeting at the Seoul government complex in Gwanghwamun on Sunday.

“At each port where the export goods are heading to, the government will dispatch task force teams in cooperation with Korean embassies to help Hanjin vessels enter the ports and unload cargo.”

The minister said the Korean government will seek cooperation from each country’s government and port terminal to let in vessels of the defaulted shipping firm.

Forty-five of the company’s ships, including 41 container carriers, have been stranded at sea worldwide since late last month due to port entry denials in many nations, including China, Japan, Singapore and India, according to Hanjin Shipping on Friday. The company has a fleet of 98 ships, including its own 37 vessels. Hanjin Shipping has applied for a stay order with courts in 43 countries to minimize losses from seizures.

The shipper said one of its vessels was denied passing through the Suez Canal. Four are staying near US ports in worries of possible seizures.

According to the Consulate General of Korea in Los Angeles, the government is working with local retailers and Korean trading firms operating in the US to reduce losses from the delayed arrivals of goods exported from Korea.

“The government will help Hanjin’s vessels from being seized, asking for cooperation from authorities in each county,” Kim said.

Hanjin’s ships at domestic ports will also be supported by the government to unload goods in a safe manner, the minister added.

Some vessels of the top shipper were denied entry to the Busan Port last week as port workers refused to unload the cargo.

As planned, 13 additional ships run by Hyundai Merchant Marine, the No. 2 shipper that is currently under a creditors-led restructuring scheme, will be deployed on the coming Thursday to substitute Hanjin vessels on the routes to North America and Europe. The first alternative ship bound for Vietnam was deployed Friday, and the government plans to add more on the routes to Southeast Asian countries as early as possible to export goods that have been stacked up at ports.

With the company’s receivership application accepted, all of its assets are now frozen for deliberation, and new management is required to come up with a new rehabilitation plan by Nov. 25. The shipper’s debts are estimated at some 6 trillion won ($5.37 billion).