South Korea’s home transactions fell 23.4 percent in the first six months of the year from a year earlier, according to the Ministry of Land, Infrastructure and Transport. 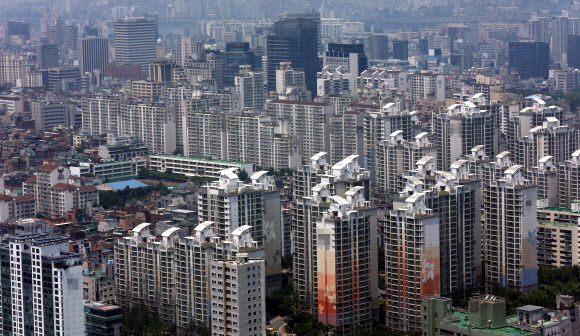 For June alone, home sales fell 16.1 percent on-year to 92,611, marking the seventh consecutive month of on-year drop following an 18.8-percent plunge in the previous month. From a month earlier, however, it posted a 3.7-percent on-month gain.

In June, home transactions in the capital region fell 7.6 percent on-year, while the number for rural areas plunged 25.2 percent.

The sharp on-year decline in the number of home transactions was driven by a base effect stemming from a boom in the local property market in 2015.

South Korea had churned out measures including a rate cut to revitalize the real estate market and the entire economy. As a result, home transactions spiked 18.8 percent on-year to an all-time high of 1,193,691 last year.