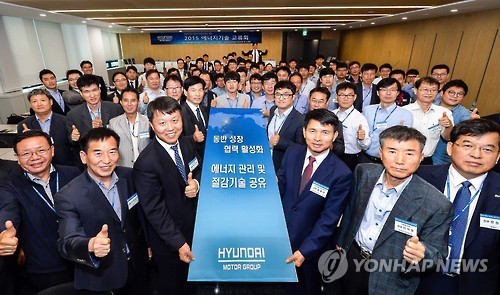 In an agreement with the Fair Trade Commission, officials from the automotive group pledged to build a cooperative ecosystem for the group and its small vendors.

The nation’s anti-trust body has made such fair trade agreements with major conglomerates since 2007.

Hyundai Motor Group joined the FTC’s “economic democratization” initiative in 2008, pledging to encourage its affiliates to seek joint growth with their vendors.

The nation’s largest automaker starts running the “center for transparent purchases” at the group level, the company said.