It was a rare scene of public togetherness for the media-reclusive Lee clan, who have been reported to be rather distant from each other. Some business insiders suggest that the funeral of the eldest of Samsung founder Lee Byung-chull’s offspring could be an icebreaker for the family, which runs some of the country’s largest business enterprises.
Those who showed up at the memorial altar at Seoul National University Hospital included family members of Samsung chairman Lee Kun-hee.

Lee Kun-hee was the younger brother of Lee Maeng-hee and the two were reportedly not on speaking terms after Lee Kun-hee took over the Samsung helm in 1987, despite being the younger son. In 2012, Lee Maeng-hee, along with his sister Sook-hee, filed a suit against Lee Kun-hee demanding a portion of the trillions of won in inheritance from their father that Kun-hee had allegedly kept behind the other siblings’ backs. The court ruled in favor of Lee Kun-hee.

A thaw between the families was detected later when Lee Jae-yong signed a petition asking for Lee Maeng-hee’s imprisoned son and CJ Group chairman Lee Jae-hyun’s bail or parole. 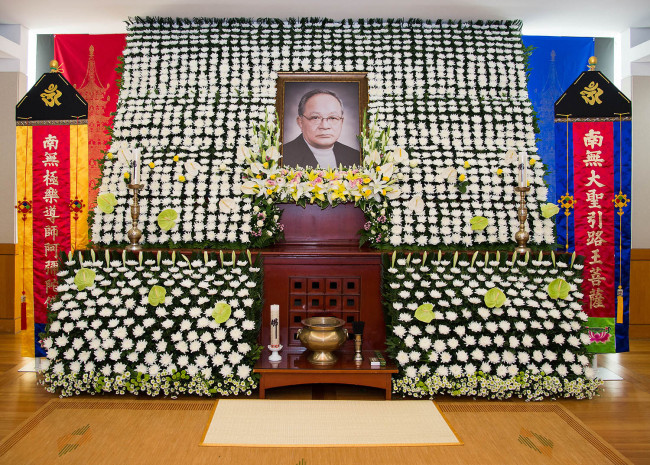 The late Lee Chang-hee, Lee Byung-chull’s second son, was allegedly banished from the business empire for having reportedly informed the government of the father’s business misdemeanors. Lee Chang-hee’s children have reportedly remained distant from their kin, too, but the descendants in 2012 filed a separate suit against Lee Kun-hee for some of Lee Byung-chull’s inheritance.

“The pan-Samsung family gathered a day before access for other people was allowed. It is not known whether they have spoken to each other about anything, but it is clearly a positive opportunity,” a business insider said. “Perhaps this is the first public gathering of the family in decades,” he added.

They were greeted by Lee Sun-ho, eldest son of CJ Group chairman Lee Jae-hyun, who is the eldest son of the late Lee. Lee Maeng-hee’s daughter and CJ vice chairwoman Lee Mie-kyung also flew from the U.S. to be beside her late father.

Only two people were thought to be absent from the scene -- Lee Kun-hee, who has been hospitalized for more than a year at Samsung Medical Center, and Lee Maeng-hee’s eldest son Lee Jae-hyun, who is being treated at SNUH for kidney failure.

Though Lee Jae-hyun was granted a visit during his state-confinement over tax evasion, his severe illness has prevented him from even leaving the ward. Lee Jae-hyun’s younger brother Lee Jae-hwan and Lee Sun-ho stood in for Lee Jae-hyun in playing the role of host in the funeral process.

The funeral is scheduled for Thursday.