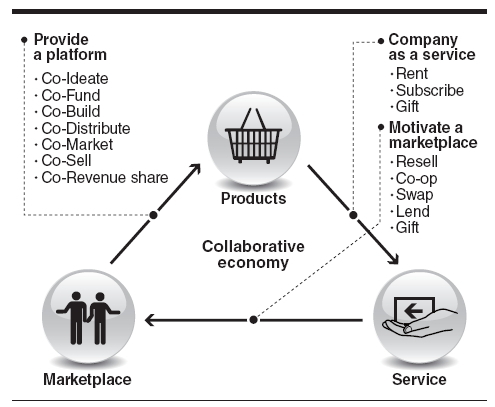 More and more Seoul citizens are engaging in a new lifestyle by sharing everything from their talent to parking lots to houses.

Seoul Mayor Park Won-soon introduced the “Share Seoul” project in September 2012 to provide better welfare and services to people at a low cost.

The movement is not only aimed at helping people save money but also to solve environmental and employment problems and bring community spirit to modern life.

“Calls for better welfare, a cleaner environment and more jobs are soaring, but it’s difficult to solve the problems with a limited budget,” said Noh Tae-Hyeong, an official at the Seoul Metropolitan Government’s Social Innovation Division.

“We’re taking a new approach to solve such social issues through the act of sharing,” he added.

The city government is currently working with 37 companies or groups that allow people to share or rent different products, services and spaces.

The affiliated firms share cars, parking lots, houses, children’s clothes and empty spaces (for use as meeting rooms). Some of them serve as platforms to help people connect with others to share their talents for social good.

“I believe that sharing cars will greatly contribute to both the reduction of household costs and national environmental protection,” said Park Jeong-ho, chief executive of SaveCar, one of the car rental services under the initiative.

Further expansion of the collaborative consumption startups will ultimately benefit the corporate and state economy as well as the household sector, he added.

Norrizzang is a sharing economy company designated by the Seoul government. The social enterprise shares work space and tools for making household items with wood.

“It’s convenient and cheap. I don’t have to buy all the extra tools to make furniture or make my living room a mess while making it,” said Lee Seung-joon, a Norrizzang user who says he visits the workshop about twice every month.

The SoCar service, through which users rent cars after making reservations with a smartphone, saw its clients grow 20-fold in the year since it was launched on Jejudo Island in 2012.

“More companies and people are getting involved in the sharing economy. We got a lot of positive responses in such a short period of time,” Noh explained.

Despite the modernity of the catchword “sharing economy,” the concept behind it has existed far longer than the term itself.

In the 1900s, social campaigns such as sharing cars to work were prevalent. There was also the “Anabada” movement, which aimed to conserve, share, exchange and re-use one’s possessions.

“Back then, people joined the movement to pursue the virtue of sharing. On top of that, now it has environmental and economic connotations as well,” Noh said.