The average yearly salary for new employees at the 30 top public corporations last year was 39.18 million won ($27,825), up 10.2 percent from the previous year, according to local employment portal Saramin on Thursday.

The data was based on Alio (All Public Information In One), a public management information system run by the Ministry of Strategy and Finance. 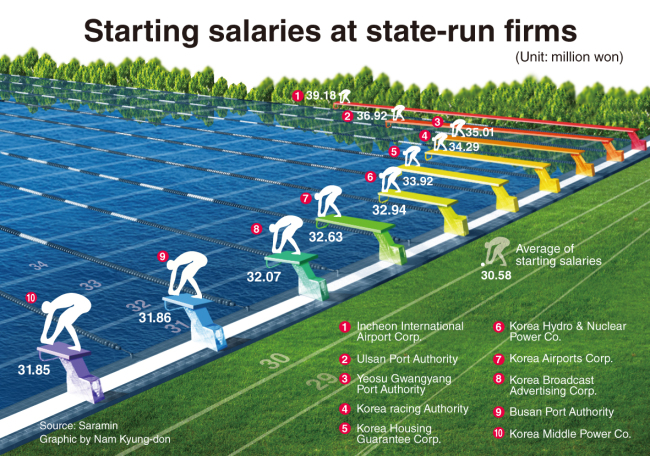 When it comes to the average salary of all employees, KOBACO was No. 1 with 87.76 million won, followed by IIAC, which scored 85.83 million won.