Brasilia, Canberra, Sejong and Songdo all share a common trait: They are planned cities. Despite mixed assessments of the success of cities built from scratch worldwide, South Korea has repeatedly embraced the concept.

The Seoul satellites of Ilsan and Bundang were built as planned developments in the 1990s. Today, the partially completed Songdo International Business District and Sejong City stand as the latest experiments with meticulous planning. Both aim to take congestion away from the capital and enable smarter and more environmentally sustainable ways of living. Both, too, make audacious claims.
Songdo, according to its official website, is to set “a new standard in sustainability including building design, systems engineering, urban infrastructure and community planning.”

The city, built on 1,500 acres of reclaimed land off Incheon at the cost of $35 billion, is 40 percent “green space” and designed to emit one-third of the amount of greenhouse gases that a regular city of its size would. By its completion in 2017, the city will monitor everything from traffic flow to energy use through sensors implanted in roads and buildings, while waste disposal is to be handled through an innovative system of pipes.

“One of the greatest advantages or synergies of simultaneous building has to do with infrastructure. The web-work of water and power systems can be optimized according to today’s best practices of efficiency, health and sustainability,” said James von Klemperer, the design principal at architecture firm Kohn Pedersen Fox, who led the plan for the city.

“For example, with Songdo, the watering system for the park was designed at the outset of the project as a self-sustaining set of water sources involving cisterns and water recovery. Also, the waste distribution system was planned as an underground network of pneumatic passages and ducts that connect from one building complex to the next, and ultimately returns the kinds of trash that can be turned into energy by means of anaerobic digesters.”

The project’s investors, real estate investment firm Gale International and local conglomerate POSCO, envisage that Songdo will host 65,000 residents and 300,000 daily commuters by its completion. Despite the project running up against the financial crisis of 2008-2009 and economic uncertainties thereafter, Von Klemperer is confident the project will eventually reach its targets.

“The project moved ahead at a very fast pace during the first eight years of its life. Inevitably the ups and downs of the economic cycle have their influence on these very big ventures, so one has to be patient. The land is well situated near the airport and near the water. The initial steps of design and building were very strong, and we’re sure the city will grow to meet its projections.”

Nevertheless, planned cities have a checkered history of success worldwide. Brasilia, Brazil’s relocated capital completed in 1960, has been widely criticized as soulless and badly thought out. One British newspaper article about the ode to modernist architecture’s unfulfilled promise lamented it had become “a violent, crime-ridden sprawl of cacophonous traffic jams.”

Sejong City, due for completion in 2015 but officially opened earlier this month, has attracted its fair share of controversy. Originally intended by former President Roh Moo-hyun as the site of a new capital, the 22.5 trillion won ($19.6 billion) city in South Chungcheong Province was later reconceived as an administrative city to house 36 government ministries and agencies. Yet, earlier this year, the state Board of Audit and Inspection poured doubt on the government’s target of bringing in 500,000 residents by 2030.

“People will not live there from the beginning and only the fathers of families will commute every day or maybe during the weekend because the rest of the family will live in Seoul,” said a professor of architecture at a top Seoul university who requested anonymity.

“When you build a new city, first we need to have some investment from the private sector, then people see the means and they do their own business and then it grows. … It may be successful in the end but it is going to take time to have all that infrastructure and buildings.”

Attempts to move the capital, he added, had a further political motivation besides the Chungcheong Provinces vote: a desire for a redistribution of power and wealth among some on the left of the political spectrum.

“They want to change the country. The only way to make that happen is to move the capital because everything is focused on Seoul. There is no (other) way to turn over that economic system.”

For some in the architecture field, to meticulously plan is to miss the point. Peter Winston Ferretto, an assistant professor of architecture at Seoul National University, believes that for cities to have character and identity, they must be free to grow naturally.

“New cities represent a new vision, a utopia for a better world; however as we have learnt from experience, modernism has nearly always failed to deliver a better tomorrow: from Brasilia to Chandigarh (India) cities planned from scratch have become desolate mausoleums to concrete,” Ferretto said.

“What I love about Seoul is that it is a paradox: one minute you are surrounded by history and heritage, turn a corner and you are propelled into a ‘Bladerunner’ set. I believe new cities should have these contradictions, these tensions that make urban dwelling so fascinating.

“Master planning and endless zoning creates a form of genetically modified cities where everything looks and feels right, yet there is no identity. Diversity and constant adaptation are key to preventing cities from all becoming the same. If we are not careful, people will be speaking and writing dissertations about the dj vu city.”

But to an outsider looking in, Korea’s experience of planning in the face of rapid development could be deemed a remarkable success ― and a positive omen of things to come. That’s the view of Jonathan Barnett, a professor of city and regional planning at University of Pennsylvania.

“When the central government is responsible for planning and constructing all the infrastructure, as it is in Korea, there is no way that a city can become established outside of the official infrastructure framework,” he said.

The private market is important, but it operates within a framework established by roads, trains, airports, utilities and so on,” said Barnett, who has included study of the Sejong City project as part of his course.

While observers might draw distinctions between the likes of Sejong and other cities, every urban space is planned to some degree, he added.

“There is no such thing as an unplanned city, except shantytowns, and even they require retroactive organization if they are to function at all. Transportation and utilities all require planning. No city can exist without them.”

Planned cities presume a lot. On one hand, they presume that the forces of capitalism and a free market can’t (or won’t) support a population’s need. On the other hand, they are a way for the government to drive support and money into whatever cause they want. When they faced overpopulation in Seoul, the government (wisely) responded with satellite cities ― self-sustaining in their own right, but still attached to the capital in a meaningful way.

Something like Sejong, however, looks to be a bit tougher to call. The private sector still has to commit, and that’s tougher to judge with such expensive real estate. Someone’s bound to take a loss, and whoever it is will be demanding recompense from the only institution able to give it.

Some will work, but at what cost (ie. environmental tragedies, old city centers abandoned because it’s cheaper to build from scratch outside than to renovate)? One must distinguish “urban new towns” from “greenfield new towns,” among which you find a lot of “urban mirages” (http://seoulvillage.blogspot.kr/2012/01/wet-eyes-for-wetlands-and-urban-mirages.html). What’s missing is a long-term vision, a consistent strategy, the big picture. Short-term projects keep piling up, without any consideration for the past or for what’s happening elsewhere; programs compete with each other at the national level, undermining Korean competitiveness at the international level... but this is not a zero-sum game, particularly considering Korean demographics.

As more of a bottom-up than top-down guy, the liberal in me says planned cities do not work, but evidence from around the world evinces otherwise: see Brasilia, Canberra, along with myriad other examples. Then combine this with the top-down approach Korea has had with its economy: Ha-Joon Chang, the Britain-based Korean economist, has written about the various Korean government administrations’ roles over the last few decades in directing the chaebol development paths.

Let us look into it in economic terms first. It is certain that from ancient times the people have gathered to places where the soil is very fertile and there is abundant fresh water. Seoul, the capital, is such an example, as is Busan, the second-largest city in Korea. But the more people have gathered together in one place, the more problems have been encountered. The prices of houses surge. Also environmental problems arise like air pollution, rubbish problems and so on.

But how about new cities such as Ilsan, Bundang and Paju? These cities were formed not naturally, but artificially, as an alternative plan to manage these problems. The above-mentioned cities were built in order to lessen the population concentration in Seoul and to resolve many problems which spring up as people are crowded into one place. Also, planned cities are built not only to decentralize the population but also for other purposes. There is Daeduck complex in Daejeon and Silicon Valley in the U.S. for research and development.

If it were not for these planned cities, people would feel even more cramped. The price of housing would be even higher.

It is hard to deny the necessity for planned cities, which bring positive rather than negative effects.

Next, let’s take a look at the issue in other terms. The ostensible reason for the construction of Sejong city, the multi-functional administrative city, is to resolve overcrowding and seek balanced regional development, pushed forward from the previous President Roh’s administration. But to win popularity in Chungcheong Province, regarded as neutral politically, Roh’s administration needed to please. For this reason, the Sejong plan was floated.

But since the Constitutional Court has ruled against a move of the capital, this plan has been embroiled in controversy about whether the administrative relocation is effective or not. Even now, some people think that a move is not wise. According to a report by the Prime Minister’s Office of workers of 16 government agencies, out of 10,576 respondents, 41 percent said they would move to Sejong alone and 13 percent would commute from Seoul.

But I think that now is the time not to argue over the move but to put heads together to go forward efficiently. 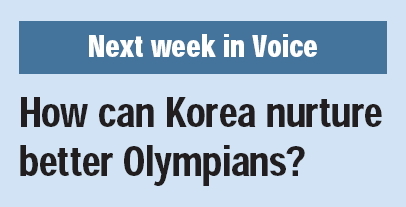