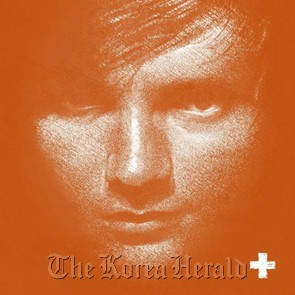 The album that sold more than 58,000 copies in the first week of its release in Britain, becoming the highest-selling and highest-charting debut single of 2011 is finally on sale in Korea.

British singer Ed Sheeran is indebted to artists such as Jamie T and Damien Rice, as evidenced by a debut that hops between bullish mockney rap and quavering sentimentality.

Surprisingly, there’s also a Justin Bieber-like quality to Sheeran’s appeal. There are the 20-year-old’s almost 300,000 Twitter followers, for one thing, but more dubiously, he and Bieber share a tendency to address their songs to vulnerable teenage girls.

Half-rapped banalities about watching Shrek 12 times and being “crap at computer games” will certainly win hearts, but perhaps only those of a certain age.

Tracks like “The A Team” and “Drunk” evidently carry a “Damien Rice sentiment,” while “U.N.I” and “Small Bump” show off a lyrical sharpness that carry the emotional details of today’s youth.


Tim does what he does best in new album 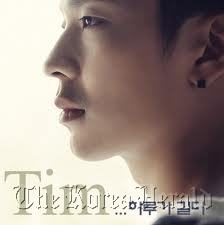 While he might not be a man of vivid individuality, singer Tim has always managed to amuse his faithful -- and mostly female -- fans with melody and lyrics that blend in rather than stand out.

In his new mini-album, containing six tracks, Tim proves he is still at the top -- at least in the genre he knows best -- at the age of 30; the singer whispers love and anxiety with depth he definitely lacked as a 20-something.

Track No. 1, “A Day is too Long,” is a remake of Shota Shimizu’s “Sakura” and carries a story about a man spending a day that seems like forever after breaking up with his ex without wanting to.

Track No. 4 is a mid-tempo song composed by Kim Jin-hwan, famous for the songs he wrote for pop groups Girls’ Generation and Big Mama.

The fifth track, composed by Korean pianist Iruma, is perhaps the “most Tim-like” song in the album, carrying Tim’s voice upon a placid piano performance.
(hayney@heraldcorp.com) 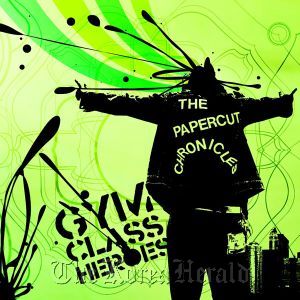 Gym Class Heroes are back with part two of their “Paper Chronicles,” six years after the original was released.

In between the “Chronicles” albums they released “As Cruel as School Children” and “The Quilt,” featuring hits such as “Cookie Jar” and “Clothes Off,” but the band hasn’t released any material together since 2008.

The lead track is “Stereohearts” featuring Adam Levine. Levine’s effort is equally as catchy as Maroon 5’s own comeback with “Moves Like Jagger.”

This time, Ryan Tedder steps into the role of collaborator in “The Fighter.” The song is optimistic and motivational, despite lead singer Travie McCoy declaring that people “are waiting to see me fail”; he takes the persona of a fighter in order to deal with the haters.