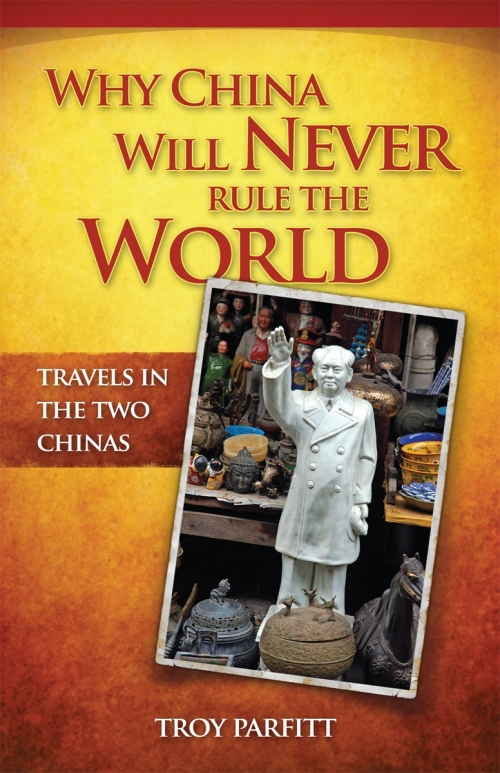 The title of “Why China Will Never Rule the World” points to a provocative argument, but few readers will be prepared for just how damning an assessment author Troy Parfitt makes of a country touted by many as a superpower-in-waiting.

It’s not just the idea of China ever leading the world that the English teacher-turned-author finds absurd, but also most of the Chinese way of life.

The “shackle” of the country’s Confucian-steeped culture, he argues, retards critical thinking and discourages the questioning of authority, thereby serving as the perfect foundation for a totalitarian one-party state.

Moreover, the belief that China will in time open up and embrace democracy is “fuelled by an abyss of naivety and a canyon-sized lack of understanding as to China’s true nature.”

From the perceived rudeness of the people and poor education system, to the smothering pollution of Chinese cities, little escapes the Canadian’s savage, often unrelenting, criticism. Parfitt, many a reader will conclude within a few chapters, quite simply detests the country.

It’s on this undiluted frankness that will hinge many a reader’s enjoyment of the book: Some will see the welcome slaying of political correctness and cultural relativism, others Western arrogance and narrow-mindedness. But even for the latter, the observant, descriptive prose will offer some consolation.

Though the title is somewhat misleading ― the book is more travel memoir than academic study ― Parfitt, who also spent a decade in Taiwan, builds a reasonably compelling, if somewhat anecdotal, case. His keen observations from months of travel in China and his solid grasp of history see that his slow-off-the-ground argument just about hangs together. 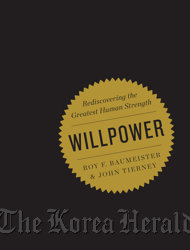 Self-control, as it turns out, is like a muscle: It can be exhausted from overuse but it can also be strengthened through exercise.

The latter quality is good news since most problems — drug abuse, violence, overspending, underachievement, unhealthy habits — can be traced back to a lack of self-control.

That‘s according to ”Willpower: Rediscovering the Greatest Human Strength,“ a new book by Florida State University psychologist Roy F. Baumeister and New York Times science writer John Tierney. The authors cite fascinating lab experiments that reveal how the human mind and body work and, less compellingly, profile famous people who have exhibited great self-control and explain how they did it.

In one experiment, college students who had been fasting were put in a room suffused with the smell of freshly baked chocolate chip cookies. Some were allowed to eat cookies, others were offered chocolate and a third group could only snack on radishes. Researchers left the room to increase the temptation of the radish group. Afterward, the students were given unsolvable puzzles to work on. The first two groups of students attempted them for about 20 minutes, as did a control group of students who hadn’t been offered any food. The radish group, however, gave up after 8 minutes. Their effort resisting the sweets earlier had left them with less energy to tackle the puzzles.

Researchers found a similar depletion effect among people called to make decisions all day: members of an Israeli prison parole board. Prisoners whose cases were heard early in the morning were granted parole about 70 percent of the time, compared with less than 10 percent for those who appeared late in the day — even for people serving sentences for identical crimes. Interestingly, the board members‘ midmorning snack break also made a significant difference: Prisoners appearing right before the break had about a 15 percent chance of being granted parole versus a 70 percent chance for those who came right after the break.

When it comes to child-rearing approaches, the authors tout the benefits of promoting self-control instead of the more in-vogue trend of promoting self-esteem. They tell the story of two Asian-American sisters whose mother would pre-empt supermarket candy whining episodes by telling them they could have a candy bar on the next shopping trip if they read a book during the week.

”Willpower“ contains dozens of thought-provoking nuggets like these, including an entire section on the psychology of dieting. These bright spots are unfortunately diluted, however, by a rambling chapter on an African explorer and other instances of unfocused, belabored writing. (AP)