Mass production of K-11 rifles to begin in October 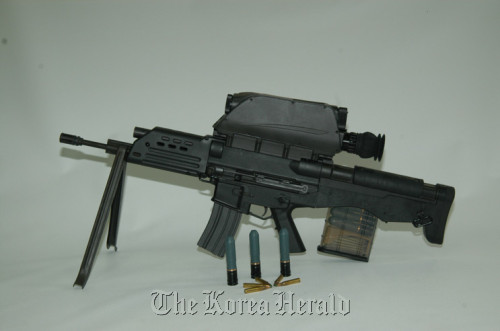 “We have addressed the issues that have been raised in the process of its mass production. We will produce just small amounts and test them to check whether they are suitable for field operations,” an official at the Defense Acquisition Program Administration said, declining to be named.

Developed by the state-run Agency for Defense Development, the airburst rifle is designed for a variety of battle situations including dealing with enemy forces making stealthy infiltrations.