For reggae fans the world over, the 30th anniversary of Bob Marley’s death this month was a reminder of the loss of the genre’s most famous face.

For fans of reggae here, it was likely another reminder of the seemingly obvious: They were in the wrong country for reggae.

Having made a name for himself in Uganda by breaking into the top-three of the country’s reggae chart, JoshRoy is adding variety to the rock-heavy Korean live circuit with his brand of fusion reggae, inspired by everything from MC Hammer to Damian Marley.

But JoshRoy admits that he too didn’t consider Korea a likely candidate for a strong reggae scene when he arrived in 2007. 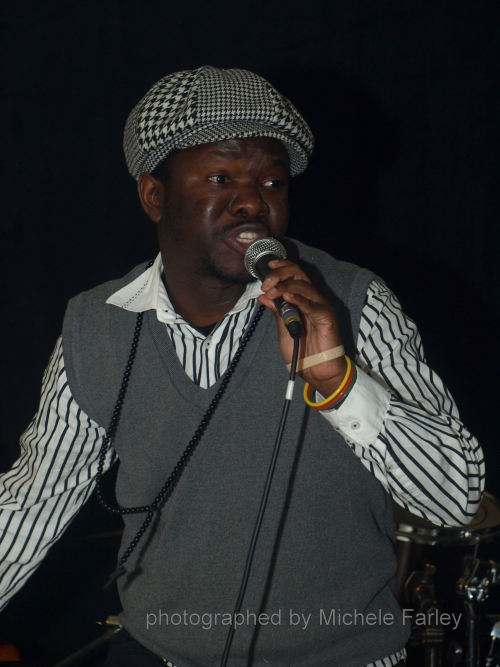 That all changed when JoshRoy started performing at the now defunct hip-hop night at Hongdae’s Club Ta.

“I was like, OK, I have done hip-hop before, so why not? I can do my thing but in reggae style. So I became different from the rest,” he said.

Soon, he was gaining fans.

“They gave me, like, strength, to carry on. Cause people starting appreciating my style and there were like ‘Wow, we love reggae.’ So that’s what really prompted me to push on,” he said.

In a cynical and irony-saturated age, some of JoshRoy’s music, such as the buoyant ode to love “Valentine,” stands out as unapologetically upbeat.

“I want to be positive. I don’t want to be an artist to degrade women, who goes against the law,” he said.

But that doesn’t mean he doesn’t take on weighty subjects.

“In Africa, reggae is used as a means of fighting for the people’s rights, political and economic oppression,” he said, adding that poverty and overcoming adversity are frequent themes in his lyrics.

His Christian faith also plays a part in his music, but he said the clich of Christian music being overbearing rock is ill-founded.

“Much of what I do is based on Christian values. People think Christian music is a style; no they are just songs. It is so many styles.”

The close nature of Seoul’s expat scene has influenced JoshRoy’s writing, and he has collaborated with a number of Korean and expat artists such as Gold Tea, Rob Lee and Real Dreamer.

“I want you to write 16 bars (about) how you feel on fire,” the unsigned artist explains of how he shares ideas with fellow musicians.

“So someone comes up with 16 bars of what they feel like and eventually we come up with a song like that.”

Although he performs most often in English, he also writes and sings in Swahili, Gisu, Patios and Luganda, his mother tongue, which he writes in when he wants to reach his audience back home.

“When I am writing and I look at the topic, thinking as if I can really touch my people back home, I really take it over to my mother tongue,” he said.

Music runs in JoshRoy’s blood ― his mother was a choir director and his brother is a music producer. The latter continues to play a big part in his music.

“When I come up with a song, like a tune, I just sing on the phone to him in Uganda. He plays the stuff and then sends me the midi file,” he said.

Having released a well-received five-track EP last summer, JoshRoy is hoping to release his first full-length album in the next year, featuring a wide range of styles from soca and dancehall, to roots and rocksteady.

But there won’t be any collaboration this time around.