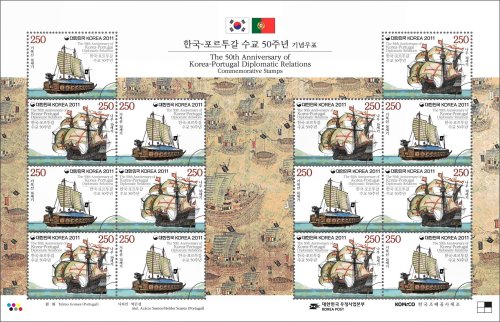 “In both countries, several initiatives are planned to mark the passage of a date to which both governments attach high significance, not only due to its symbolism, but also with regard to the global position of the two countries and to their relations with the international community,” said Portugal Ambassador Henrique Borges.

To celebrate the date of the establishment of diplomatic relations, the postal authorities of the two countries will issue on April 15, 50 years to the day, a set of commemorative stamps.

“Portugal and South Korea look at this date as a special opportunity to take stock of the progress achieved together and to join efforts to develop and further deepen their bilateral relations and cooperation, at the political, cultural and scientific, and economic levels,” he said.

Other commemorative initiatives are being finalized and will be made public at a later date.