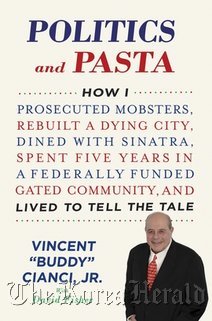 In the fall of 1974, a few days after he was elected mayor of Providence, R.I., Buddy Cianci sipped beer with a few reporters and joked about the “Philistines” he had ousted from city hall.

The denizens of the Democratic machine that had run the city for 30 years had trashed the place, he said, nailing wallboard over the historic building’s mahogany paneling and poking pencils through the eyes of the portraits of former mayors.

His predecessors had left Providence in terrible shape. The city’s old industrial base had crumbled, its infrastructure was falling apart, its rivers were paved over with concrete, downtown storefronts were boarded up, its wealth of historical buildings were deteriorating, its tax base was imploding and the prevailing mood was despair. It was hard to find anyone but Buddy who thought the city had a future.

But this young Republican-in-name-only (he later ran as an independent) had dreams of turning the city into a showplace.

Today, Providence makes national magazines’ lists of the best places to live. It boasts of the biggest retail mall in New England, a revitalized downtown, winding rivers with gondolas and water taxis, restored historic buildings, a vibrant arts community and a remarkable assortment of great restaurants.

While not all of this was realized during Cianci’s 21 years as mayor, even his detractors -- and they are legion -- acknowledge that he envisioned it and made much of it happen. But progress came at a cost.

Former Rhode Island Gov. Lincoln C. Almond once claimed that the rebirth came with a 30 percent corruption tax. And Cianci himself ended up spending nearly five years in a federal prison for running the city government as a criminal conspiracy.

Cianci has already been the subject of one political biography: Mike Stanton’s best-selling “The Prince of Providence” focused on the dark side, recounting the charges against him.

Now, in “Politics and Pasta,” Cianci has his say. His memoir is by turns insightful and evasive, serious and funny, self-deprecatory and self-serving.

He cops to none of the corruption accusations, writing that he was found not guilty of each specific criminal act, including soliciting bribes, that was brought against him. He never took a bribe -- “not one cent,” he says -- and maintains that he was unaware of the activities of other members of his administration who were convicted of doing so. His conspiracy conviction, he asserts, amounts to being found guilty of having served as mayor.

Cianci pleads guilty only to playing ward-heeler politics: rewarding his allies with city jobs, using his power to settle political scores, and trading favors, such as planting trees, fixing potholes and putting up traffic lights, to boost his popularity.

After he won his first mayoral election, Cianci writes, he held a fundraiser that brought in over $200,000 from donors who “believed this was a victory for good government or people who wanted to do business with the city. Obviously, I’m kidding about the good government people ...”

“That’s the way the system works,” he declares, “and I don’t know how to reform it.”

He acknowledges all manner of political chicanery. Twice, he says, he forced banks to change their policies by threatening to remove city pension money from them. He boasts of getting the federal General Services Administration to build a $32 million federal building in Providence by hiring the GSA director’s nephew as his official photographer. He says he tried, and failed, to get an Indian casino in nearby Connecticut to pay the city $1 million a year in return for scuttling a Providence casino he didn’t want built anyway.

“Sometimes,” he says, “every politician has to do the wrong thing to get the right thing done.”

He laces his story with bits of political wisdom including: “Parades are to politicians as blood is to Dracula,” “Never march behind a horse” and “Never get between a voter and his bingo card.”

And he describes many of his antics, including marketing his “Mayor’s Own” marinara sauce and playing a game of pinball with the head of the police union to settle a dispute over whether the cops should get lifetime Blue Cross coverage. (Cianci lost.)

Today, Cianci is a radio talk-show host in Rhode Island, and he remains one of the state’s most popular, albeit controversial, figures. He slyly implies that his political enemies shake at the notion that he might, once again, run for mayor.

“Politics and Pasta” is a compulsively readable -- if not entirely candid -- insider’s account of city politics by one of the most colorful and longest-serving mayors in memory. And it’s written by, as Cianci puts it, perhaps the only person who has ever been inside the White House, Windsor Castle and the federal penitentiary at Fort Dix in New Jersey. 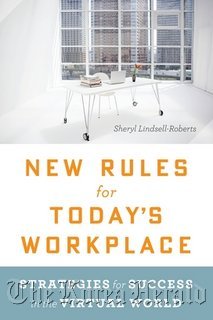 This opening quote from Bruce Fairchild Barton, an author and advertising executive, sets the stage for Sheryl Lindsell-Roberts’ latest book, “New Rules for Today’s Workplace: Strategies for Success in the Virtual World.” It says to virtual workers and managers — or for those who want to be them — get up to speed, or get left in the dust.

For readers not already using sites like Facebook, Twitter and LinkedIn, the book offers a guide for experimenting and implementing a strategy that works for them. Because, face it, these communication methods are essential in today’s technology-dependent workplace.

Tips from the chapter Build the Buzz With Social Networking and Social Media will get the newbie off to a good start. And social networks are just the beginning, Lindsell-Roberts writes. Virtual meetings and conferences are becoming more commonplace among cash-strapped and budget-conscious businesses.

While the tech-savvy reader may find the author’s advice on using social networking sites and text messaging to be basic and common sense, the same reader will find value in tips on how to create better harmony among workers. Do you have a multigenerational staff? Do your workers live in five different time zones? The chapters on Bridging the Multigenerational Divide and Synergy Across Cultures identify several valuable hints.

How do the pros do it? Read, in their own words, how executives from TiVo, OneBeacon Insurance Group, Biomatters Ltd., Brown Brothers Harriman and Pegasystems successfully manage their remote workers.What if you’re the one being managed? Learn what it takes to be a virtual worker, for better and for worse. You don‘t have to be a tech nerd to make working virtually a reality, but remember, depending on the arrangement, you do become your own IT support.

“New Rules for Today’s Workplace” is a great first step for those thinking of going virtual. It‘s also great for those who know their colleagues more readily by their IM handle than their given name. 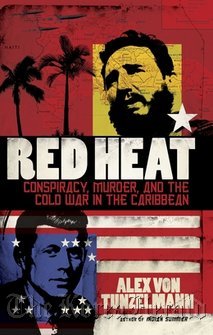 “George W. Bush’s War on Terror was not the first time the United States declared war on an idea,” writes Alex von Tunzelmann in her latest historical narrative, “Red Heat: Conspiracy, Murder, and the Cold War in the Caribbean.” In the 1950s, it was the perceived threat posed by communism that obsessed many U.S. officials and empowered the Soviet Union, she writes.

The conflict between the U.S. and the Soviet Union didn‘t end with the Cuban missile crisis in October 1962. It started long before and continued long after, largely in secret.

Ultimately, the author writes, the United States’ sense of security depended on whether Caribbean leaders were pro-American. Pro-American became synonymous with anti-communist and pro-communist meant anti-American. The Caribbean was in crisis during the presidencies of Dwight Eisenhower, John F. Kennedy and Lyndon B. Johnson, and U.S. foreign policy was implemented accordingly. This included supporting right-wing dictators Rafael Trujillo in the Dominican Republic and Francois “Papa Doc” Duvalier in Haiti, and suppressing Cuba‘s left-leaning nationalist, Fidel Castro.

Von Tunzelmann writes that Castro attempted to join forces with the U.S. government several times during the Cuban revolution, but the C.I.A.’s secret war against him forced Castro to seek allegiance with the Soviets.

The author‘s editorial comments make for an interesting read, but they sometimes get in the way of the story. She does make points that aren’t hard to agree with — like the inherent hypocrisy of the U.S. intervening in Cuba to protect against the potential danger of communism while ignoring human rights violations in neighboring nations.

Von Tunzelmann brings to life what it was like to be on the streets of Havana after the Cuban rebels led by Castro successfully toppled dictator Fulgencio Batista in late 1958.

The reader senses the dread felt by the women and children taken deep in the forests of Port-au-Prince, Haiti, where they were tortured and killed in 1964 for being related to members of an opposition group.

Readers are also transported to Air Force One with Johnson, who had boarded in Dallas as vice president and deplaned as president in Washington in the hours after JFK‘s assassination on Nov. 22, 1963.

At points in the book, “Red Heat” is so bizarre, you may not believe what you’re reading, and at times, the story is so horrifying, you may be brought to tears.