Seven female writers, all in their 30s, together have published an anthology of short stories under one theme: rain.

Kim Do-eon, the chief editor, said he chose rain as the book’s theme for a reason.

“There have been a lot of anthologies like this but their themes were rather limited -- like suicides and anger,” Kim said at a press meeting in Seoul on Monday.

“But rain gives a lot of room for interpretations. It does not even have a solid form. I thought it would give an opportunity for the writers to expand their literary originality to the fullest.”

Each writer exhibits vivid literary imaginations and flair. “I thought the idea of this project was a lot of fun,” said Yoon Yi-hyeong, who wrote a semi-fantasy story “Ello,” about a young man who makes necklaces and earrings with magical raindrops.

“I was just worried that I might ruin the book, as all the other writers are so talented.”

And Han Yoo-joo’s “Origin of Extinction” tells a story of a young boy who grows up as the seasons -- and the rain -- come and go.

All in all, the anthology shows what these relatively young writers are capable of, and what they might be able to bring to Korea’s literary scene in the future. And these stories look promising.

Yolimwon is planning on publishing its second anthology, which will be on the theme of snow, during the first half of this year.

Transition from slave to free

The Invisible Line: Three American Families and the Secret Journey From Black to White
By Daniel J. Sharfstein
(Penguin Group, $27.95) 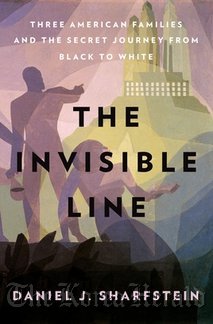 Only a writer who lived and breathed his subject matter for more than six years — as noted in his acknowledgments — could write with such authority.

“The Invisible Line: Three American Families and the Secret Journey From Black to White” is also crafted in an immensely readable style as Sharfstein breathes life into his long-deceased characters and their stories with phrases such as “amid the muted tones of Ohio, his Kentucky accent sounded like a fiddle out of tune” and “in the squeezing heat, it was as if all possibility of sound had evaporated.”

Each family’s story is told separately and in chronological order. The Gibsons were wealthy South Carolina landowners, the Spencers were Kentucky farmers and the Walls were among Washington’s black middle class.

The photographs of his subjects could well be the highlight of the book.

While the narrative sails through the last hundred pages and races toward the conclusion, it gets bogged down in the middle. Perhaps Sharfstein knows or tries to tell too much. The book could have been more effective if it had been pared down a bit by a capable editor.

Despite the book’s shortcomings, Sharfstein shares the eye-opening and underreported history of black Americans making the arduous transition from slave to free against the backdrop of insurmountable odds — confused and angry people and politicians. (AP)