A video showing a woman abusing and killing a pet cat has shocked online users after it was released over the weekend.

The CCTV footage features an unidentified woman in her 20s kicking and stepping on the cat in a hallway of an officetel in southern on June 15, eventually throwing her out of a 10th-floor window and killing her.

The cat, named “Eunbi” was caught while sneaking out while her owner was asleep, according to news reports.

Along with an animal protection organization, the cat owner has reportedly filed a complaint with the police against the woman depicted in the video on charges of mistreating an animal.

The woman, in her 20s, reportedly said she could not remember what she had done on that day because she was under the influence of alcohol.

By law, those who maltreat an animal can face up to 5 million won in fines. 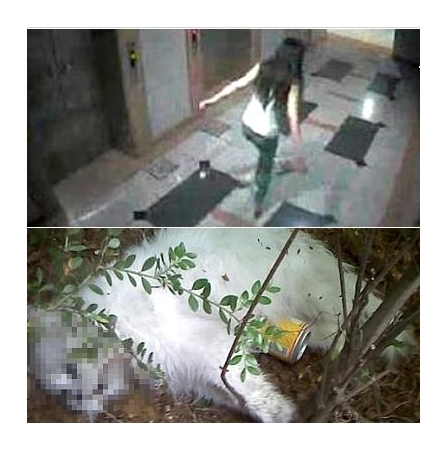