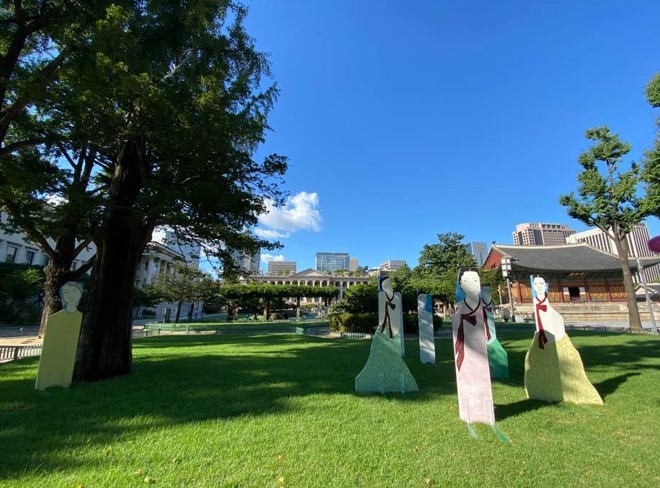 Gardens were a source of inspiration to the literati in the late Joseon dynasty, where a culture of paintings and writings on “uiwon” flourished. Uiwon is defined as the garden of one’s mind.

Inspired by the culture of uiwon, the National Museum of Modern and Contemporary Art, Korea, and the Cultural Heritage Administration are showcasing “Deoksugung Project 2021: Garden of Imagination” at Deoksugung, one of five royal palaces in central Seoul.

The project is the work of nine contemporary artists, comprising 10 works spanning media art, installation, crafts and painting that show unique interpretations of gardens. Spectators can enjoy the traditional architecture and outdoor gardens at the palace along with the art. 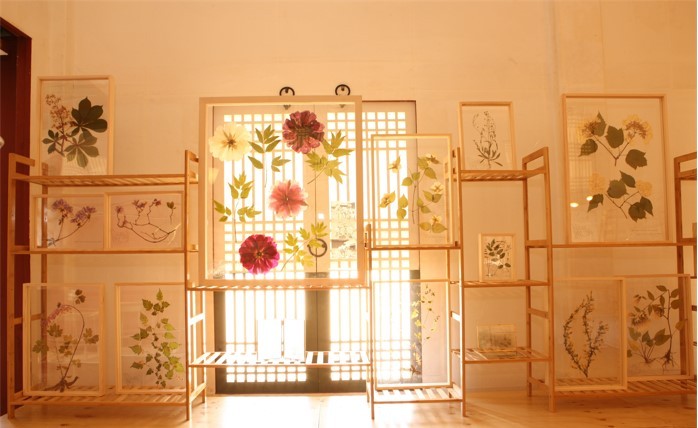 "Silent Gazing Into Each Other: A View of a Botanist” by Shin Hye-woo (MMCA)
Yun Suk-nam’s latest installation work, made of recycled waste wood, represents Yun’s imaginary conversation with the old tree planted during King Gojong’s reign near the end of the Joseon era, around the time when Seokjojeon, a European-style stone building, was built. The landmark structure reflects the king’s hopes of continuing to rule as the Japanese colonial period was about to begin.

Botanist and botanical illustrator Shin Hye-woo imagines herself as an imperial botanist during the early modern period of the Korean Empire, when various Western flora were brought to Korea. Early this year Shin began researching the plants found on the Deoksugung grounds and reflected their stories in miniature paintings.

Running through Nov. 28, the exhibition is the fourth edition of a Deoksugung project initiated in 2012. Admission to Deoksugung is 1,000 won ($0.85), and the palace is closed on Mondays.