Taking over a three-story building in the posh district of Gangnam, southern Seoul, the pop-up was crowded with fans from all over the world Monday morning, many of whom waited in a long queue for hours before the store opened at 10 a.m.

Mainly decorated in pink, inspired by BTS’ hit “Boy With Luv,” the complex features various experimental zones and showrooms that reproduced scenes from the act’s major music videos such as “Idol,” “DNA” and “Mic Drop.” For instance, in the “Boy With Luv” zone on the second floor, visitors can take photos against a backdrop of colorful neon signs and the “floor piano” from the song’s music video. On the same floor, there’s a bus stop from the act’s “Spring Day” music video, where fans can write down messages.

They can also spot an augmented reality kiosk that allows them to “dance with BTS,” while an outdoor terrace filled with huge inflatable Army Bombs -- BTS light sticks -- serves as a great photo spot. The complex also displays more than 200 kinds of BTS-themed merchandise including dolls, clothing, stationery and fashion items, all of which are available for sale. BTS-inspired food and beverages are also available at a cafeteria inside the complex. 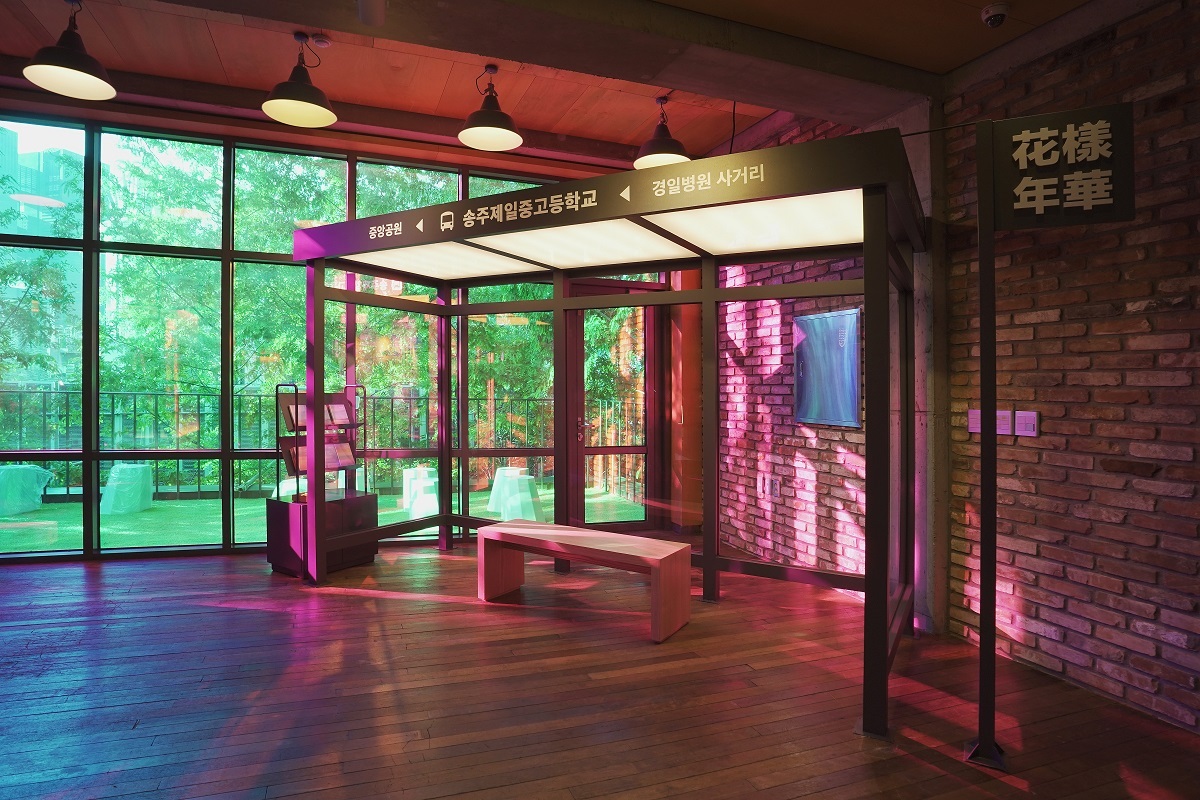 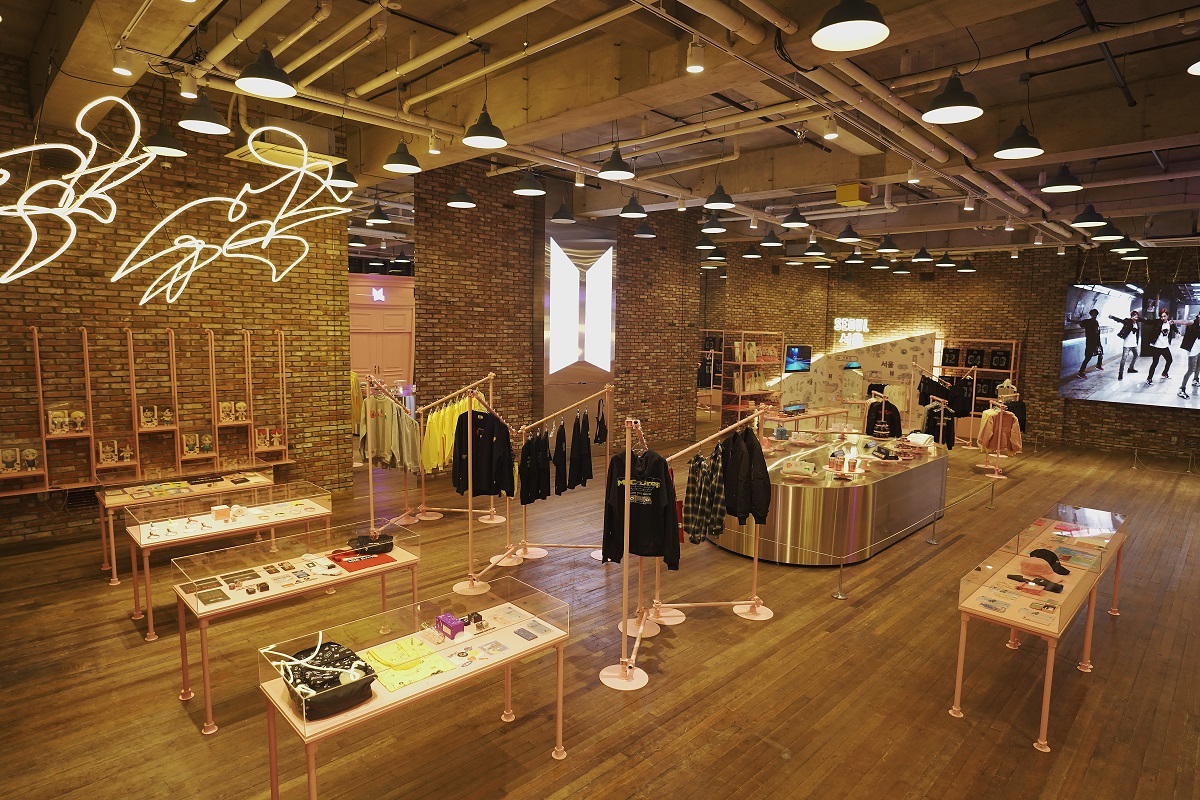 Described as an upgrade from BTS’ previous pop-up stores in cities such as Los Angeles and London, House of BTS will also open in Tokyo, Osaka and Fukuoka from Nov. 23 to Dec. 29. Further stops haven’t been revealed yet.

“We are currently discussing new openings in other cities. But details will be announced later,” said an official from BTS’ agency, Big Hit Entertainment.

Having started Oct. 18, the Seoul event will run through Jan. 5 next year, but the store will remain closed every Wednesday.