Hyundai Motor set to open new era of mobility in 2018 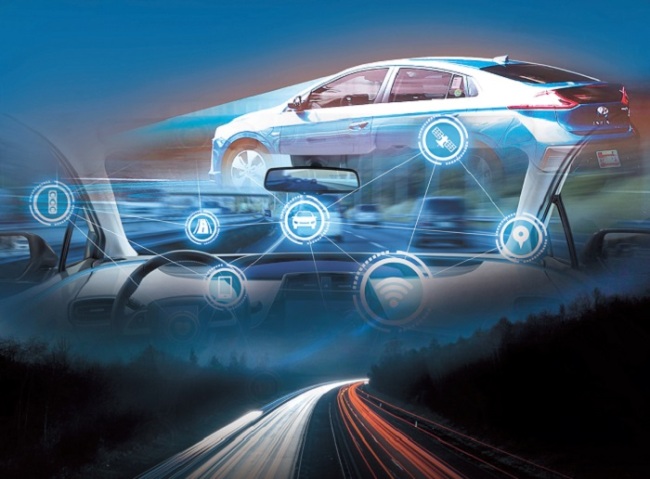 Moving forward from a tumultuous year, South Korean auto giant Hyundai is gearing up efforts to seek a turnaround and open a new era of future mobility this year with technology-packed green vehicles.

For the first time in nearly two decades, Hyundai faced an unprecedented crisis last year, with its global sales declining largely due to poor performance in China.

In the face of a diplomatic row between South Korea and China over Seoul’s decision to deploy the US’ Terminal High Altitude Area Defense anti-missile system, the carmaker’s sales in the world’s largest auto market plummeted more than 50 percent.

Its performance in other overseas markets including the US remained sluggish due to high competition as well as the carmaker’s weak lineups of sport utility vehicles.

But the worst seems to be over, market experts say.

“In 2018, we believe several factors will support consolidated operating earnings growth, including continued demand growth in emerging markets; a higher sales mix of new models and SUVs; and a pickup in China utilization and profits,” said Park Young-ho, an auto analyst at Mirae Asset Daewoo Research, in a report.

Targeting the mass market around the world, Hyundai is set to unveil the new Santa Fe, a midsized SUV, and have Ioniq compact cars take a lead in the green car market.

It plans to release an electric version of the compact SUV Kona and Nexo, a next-generation fuel cell hydrogen SUV certified to drive more than 600 kilometers per charge.

“Hyundai will open a new chapter in future mobility this year with expanded lineups of green and self-driving cars,” a Hyundai official said.

Aside from the new lineups, Hyundai appears to have chosen to play it safe in terms of annual performance, and increase R&D investment in future mobility instead.

The carmaker set its annual sales goal at 4.67 million units, nearly 9 percent lower than the previous year. Of the total, it plans to sell 3.97 million units overseas and the rest in the domestic market.

From hybrids to fuel cell hydrogen vehicles, Hyundai and its sister company Kia Motors have manufactured all types of green cars, a rare case for a global carmaker.

Hyundai believes that fuel cell hydrogen vehicles will dominate the green car market, as they offer the longest range per charge so far and are free of carbon emissions.

Hyundai is a latecomer in the field of mobility services and autonomous driving. But the company has been stepping efforts to forge alliances with tech companies to secure a leading position in the emerging market.

At CES last month, Hyundai announced its partnership with Aurora, a US startup led by Google’s former self-driving director Chris Urmson, to achieve its goal of future mobility.

Hyundai and Kia plan to commercialize level 4 self-driving cars by 2021 in smart cities in the US and achieve complete autonomous driving by 2030.

The carmaker’s heir apparent, Vice Chairman Chung Eui-sun, also told reporters last month that the carmaker is working both with Nvidia and also with its rival Intel, for the carmaker’s autonomous driving technology.

Expectations toward the new leadership are also growing.

Chung, the only son of Hyundai’s chairman, has increasingly become the face of the carmaker.

Educated in the US and the ninth-richest man in South Korea, Chung said that the company should shift its way of thinking and make speedier decisions like tech companies in order to survive in the fast-changing industry.

“As we go electric and green, the way of working and everything should change ... maybe the way of making decisions and the speed of that should be a challenge for us because it will be important for us to become more like IT or ICT companies (or move) faster than them,” he said.

Amid the carmaker’s efforts to seek a turnaround, foreign investors have been buying Hyundai shares, which hit bottom due to its poor earnings last year.

For the last five month, between Sept. 1 to Feb. 2, foreigners purchased 628.3 billion won worth of Hyundai Motor shares, said Lee Jong-woo, the head of IBK Investment and Securities’ Research Center.

“It is based on common belief that last year’s unfavorable conditions including the THAAD, strong Korean currency and increase in marketing cost won’t undermine the fundamental value of Hyundai Motor,” he said in a report.