The South Korean electronics giant estimated Friday that it posted 60 trillion won ($51 billion) in sales and 14 trillion won in operating profit in the April-June period, which are increases of 17.79 percent and 71.99 percent, respectively, from the previous year.

This could be the first time that the world’s largest smartphone maker has recorded higher quarterly operating profit than Apple, which is estimated to post an operating profit of 12.3 trillion won in the quarter. 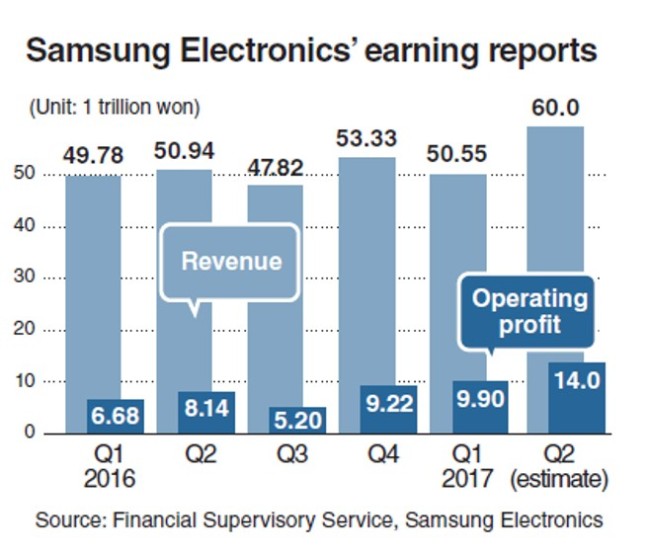 Samsung’s record-high earnings are mainly buoyed by the booming chip market amid rising demand for storage products, according to analysts.

Earlier this week, Samsung announced plans to invest $18 billion to expand and upgrade its chip plants in Korea, with the aim of extending its lead in the market.

Samsung’s earnings are also driven by strong sales of its smartphones including the new flagship Galaxy S8 alongside budget models. 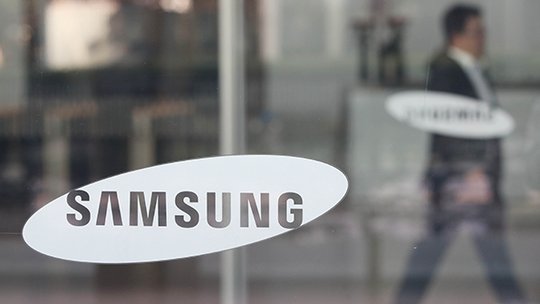 Analysts predicted the firm’s IT and mobile communications unit would post 3.7 trillion won in the second quarter. Although the profit falls short of the operating profit of 4.3 trillion won a year earlier, this is a significant recovery after plunging to 100 billion won in the third quarter of last year due to the discontinued sales of the Note 7 in October. 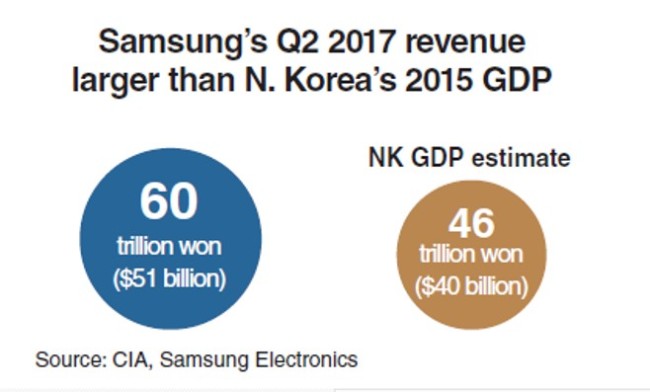 “Samsung is predicted to post an operating profit of 15.2 trillion won in the third quarter due to the continued rising prices of chips and the new OLED supply deal with Apple,” said Noh Geun-chang, an analyst at HMC Investment Securities.

When calculated based on daily performance, Samsung earned 6.3 billion won per hour from April to June. The company also saw its best-ever operating profit margin of 23.3 percent, a rise from 16 percent a year earlier. This means the firm earns 23.3 won after selling a product at 100 won, according to experts.