The two Korean tech giants are currently each developing products certified by the Open Connectivity Foundation, an industry group developing specification standards to connect devices made by different brands.

The OCF, which was set up in February last year, currently has around 300 member firms including Samsung Electronics, LG Electronics, Intel, Microsoft, Qualcomm and Electrolux.

Samsung’s premium air conditioners and refrigerators have already been certified by the OCF and more products are expected to be certified this year, according to sources.

“Apart from the air conditioners and refrigerators, we plan to get certification for more diverse products including washing machines and cooking tools this year. (The certified products) can be launched as early as this year,” an anonymous source from Samsung told The Korea Herald.

Samsung’s local rival LG Electronics said it is also “developing a smart refrigerator to get the OCF certification” without clarifying on the time frame.

Industry sources said LG aims to get the certification and launch the smart refrigerator this year. 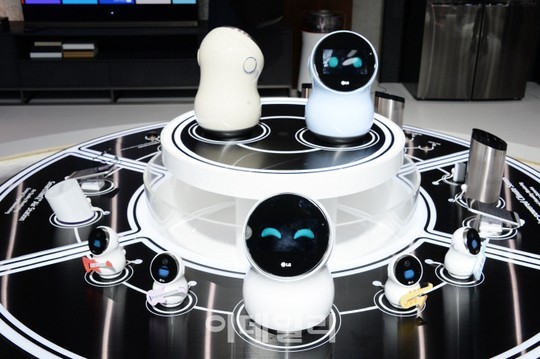 When Samsung and LG launch the interoperable products this year or next year at the latest, consumers will be able to control one brand’s product through the other.

For instance, a user can check food inside LG’s smart refrigerator through Samsung’s smart television screen. Currently, their products are not compatible with each other.

The latest move of the Korean tech giants comes as more global firms competitively join the race to take the lead in the Internet of Things-based smart home market. Google, Apple and Amazon are building their own smart home platforms without joining the OCF.

“It remains to be seen who will take the lead in the future smart home market, which has no dominant player yet,” said Kim Hyun, head of the Electronics and Telecommunications Research Institute’s IoT research division.

“But, when Samsung and LG produce more interoperable appliances in the smart home market, their influence may become bigger in the market because they have a relative upper hand in the home appliances market,” Kim added.

According to market research firm Gartner, the number of IoT-based devices will reach more than 20 billion units by 2020, with a market volume of $2.9 trillion.