“I have a hard time getting my system started in the morning. So I always drop by this small cafe for a cup of large Americano on my way to the bus station,” Kim said.

“I can’t go a day without a Red Bull. It’s like the best invention ever. I can focus on my studies without dozing off. Getting good grades is really important for me right now, so I’ll worry about the side effects when they kick in.”

Choi In-sik, a 43-year-old employee of a local electronics company, is a coffee enthusiast.

“I love the smell of fresh roasted coffee beans, not to mention the variation of coffee beverages that I can choose from. I think coffee embodies culture, because people talk, laugh, study, read and relax over a cup of coffee. Also I neither drink nor smoke, so coffee is my little daily pleasure.” 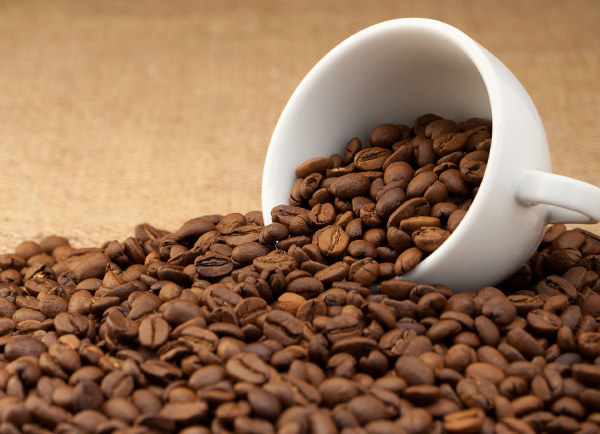 Of all the caffeinated drinks on the market, the love for coffee in Korea is overwhelming.

Among the variety of beverages, Koreans consume coffee the most, even more so than eating kimchi, a report by the Ministry of Agriculture, Food and Rural Affairs and the Korea agro-Fisheries and Food Trade Corporation showed.

Koreans’ coffee consumption averaged 12.2 times per week, which converts into about 2 cups a day. Kimchi, a staple side dish for Koreans, and sugar consumption followed by 11.9 times and 9.7 times, respectively.

The reason why many Koreans lean toward caffeine appears to be related to the country’s highly competitive culture.

“Coffee is also a social lubricant here. Before the advent of modern coffee shops, there weren’t many public places for students, housewives, businessman and so on to meet at.”

Recent studies show that caffeine has become a common addiction among South Koreans.

Four in 10 university students here consider themselves to be addicted to caffeine, according to a survey by local part-time job search website Albamon.

Out of the 710 students who participated in the survey, 95.1 percent answered that they drink an average two cups of coffee a day.

A drink that is a necessity for Koreans today first became popular during the Korean War (1950-1953) by American soldiers, who used coffee mix as emergency food.

In the 1960s and ‘70s, “dabang” coffee, which is made with a spoon of coffee mix, two spoons of powdered creamer and two spoons of sugar, was a big hit. A “dabang” refers to an old-fashioned coffee shop.

In the 1990s South Korea’s coffee fervor was further triggered with the launch of franchise coffee shops led by the popularity of brewed coffee.

Coffee, or caffeine, however, come with health concerns.

According to the Korea Consumer Agency, caffeine in 30 cold brew coffees averages 1.7 milligrams per milliliter, which is up to four times higher than the amount seen in an Americano.

Caffeine consumed by drinking two to three cups of cold brew coffees exceeds the 400 milligrams, the recommended daily amount of caffeine by the Ministry of Food and Drug Safety.

Experts have warned about the side effects of caffeine overdose from drinking coffee and energy drinks.

“Excessive caffeine consumption can have various side effects. Insomnia, heart pounding, heart failure, indigestion and emotional disorder, to name a few,” said Jung In, a doctor of Jung In Medical Hospital in central Seoul.

“It is highly recommended that teenagers, pregnant women and elders stick to the suggested daily caffeine servings, as they are more prone to detrimental side effects,” he added.