The deal was sealed in August, but the announcement has been delayed due to the Korean government’s recent decision to deploy the US advanced missile system Terminal High Altitude of Area Defense here. 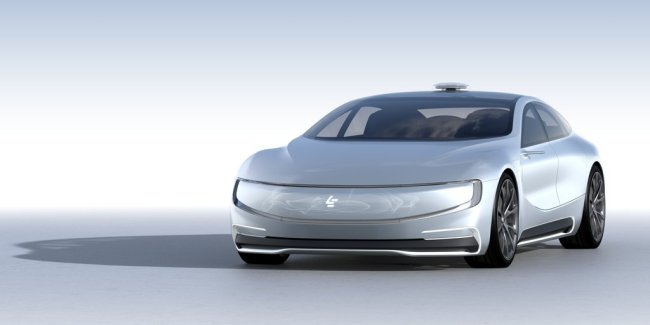 LeSEE boasts a top speed of 209 kilometers per hour.

LG Chem, however, refused to clarify the news reports on the latest supply deal.

The anticipated supply is said to be in line with the Seoul-headquartered battery maker’s investment in Faraday Future’s new EV factory in Huzhou, China.

The Korean firm reportedly invested 100 billion won to 200 billion won in the new factory, which can roll out 50,000 EV units per year.

The supply deal is expected to give a boost for LG Chem’s EV battery business, which has recently encountered a series of hurdles, including the failure to pass the Chinese standards on EV batteries for buses.

Due mainly to flaccid demand in the global EV battery sector, LG Chem posted an operating loss of 31.2 billion won with its sales standing at 809 billion won in the April-June period this year.

Faraday Future has been ratcheting up its efforts to increase its foothold in the EV market, recruiting seasoned researchers, including Bart Nabbe, who used to take part in Apple’s project to develop electric cars.

The Chinese firm has also attracted talent from high-end automobile makers such as BMW and Tesla.