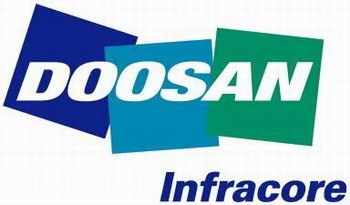 Doosan Bobcat, a subsidiary of Doosan Infracore, said Tuesday that it is seeking an underwriter for an initial public offering following Monday’s board meeting where the company chose Korea as its listing venue.

Acquired by Doosan Infracore in 2007 for $4.9 billion from Irish manufacturer Ingersoll-Rand, Doosan Bobcat has 32 affiliates in North America, Europe and Asia with its focus on the manufacturing of small construction machinery, such as skid steer loaders and compact tractors.

“Given that the housing construction market in North America is in good shape, we decided that it’s the right time to go public and access the company’s value,” the firm’s official said.

The company didn’t disclose the amount of money that aims to raise in the IPO.

As Doosan Bobcat moved its headquarters from the U.S. to Korea in 2014, the company said it’s more efficient to get listed in Korea than other markets with preferable conditions like lower listing costs and ease of attracting investment.

The public issue has been widely expected as the firm raised some 700 billion won ($570 million) in a private issue of shares last year as a pre-IPO transaction.

The move is a part of a broader plan to improve the parent company’s financial status, which sparked concerns that it could face a liquidity shortage.

Doosan Infracore’s net debt was 5.05 trillion won as of the end of last year, leading to some 300 billion won in interest payments a year.

Doosan Bobcat has become the crown jewel of the parent equipment maker hit by a protracted slump in the construction sector in recent years. The former reported revenue of 4.04 trillion won in 2015, accounting for 56 percent of Doosan Infracore’s total revenue. Its operating profit grew 19.7 percent on-year to 38.5 billion won.

In another fund-raising move announced earlier this month, Doosan Infracore said it was in talks to sell its machine tools business to private equity firm MBK Partners, a deal valued at more than 1 trillion won.

“The company’s financial health will vastly improve if the sell-off of machine tools business completes in the first half of the year and the Doosan Bobcat’s IPO takes place in the second half,” an official at Doosan Infracore said.