The service was launched in an aim to better serve Chinese consumers scheduled to visit Seoul during the Lunar New Year holidays, said AmorePacific.

The service is available at five Aritaum and six Innisfree stores in Myeong-dong and Gangnam; the Laneige flagship store in Myeong-dong; and six Etude stores in Sinchon, Jamsil, Dongdaemun and Incheon International Airport. 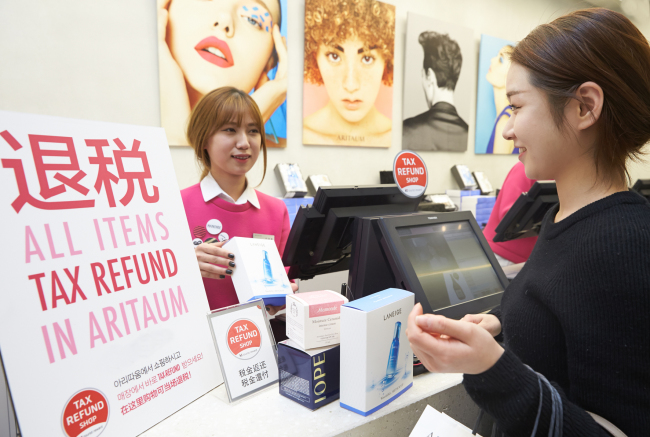 The service is scheduled to be expanded across more stores within this year, including at outlets in major shopping malls and supermarkets within this month.