The Dow Jones Sustainability Indices ― a group of 14 indices covering different regions ― are maintained collaboratively by S&P Dow Jones Indices, one of the largest global resources that produces stock market indices, and RobecoSAM, a Swiss-based investment company that concentrates on sustainability investments.

They measure the performance of the world’s sustainability leaders. Companies are selected based on a comprehensive assessment of long-term economic, environmental and social criteria that account for general as well as industry-specific sustainability trends.

The DJSI World annually assesses the economic, environmental and social sustainability of the top 2,500 global companies and selects around 10 percent to feature in the index. 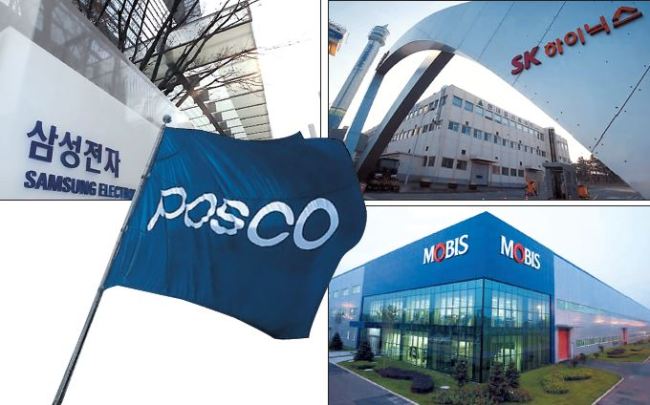 Out of the 317 from the 2,495 assessed companies in the index, 21 Korean companies were featured in the 2015-16 year with POSCO and SK Telecom maintaining their place for 11 and eight years straight, respectively.

The number of selected Korean companies has increased sevenfold since 2008, when only three companies were featured. However, this number has remained stagnant for the past three years.

In the DJSI Asia/Pacific, focusing on the region, 41 Korean companies out of a total of 145 were selected to feature out of the 608 assessed. This number has remained relatively stagnant as only one addition was made in the past three years.

For DJSI Korea, 52 out of 202 companies were selected, a decrease by one compared to the previous year.

Korean companies needed improvement in the structure and management of the board of directors as there was a lack of efficiency and independence when deciding compensation and lack of transparency and diversity when selecting outside directors.

However, according to Kim Dong-soo, director of the Sustainability Management Center at KPC, it is impossible to see improvement in business fundamentals without reflecting social responsibility on business management methods.

Social responsibility among companies is becoming increasingly important as businesses are expected to develop and create innovations while maintaining social and environmental values due to international agreements.

With the U.N.’s Sustainability Development Goals announced last year along with the 2015 U.N. Climate Change Conference decision to better maintain the planet, companies must strategically contribute to society by regulating greenhouse emissions, preventing dangers from structural changes and donating for the good of society.