The virus has killed four people, infected 42 and prompted health officials to quarantine more than 1,800 since the first case was confirmed more than two weeks ago. 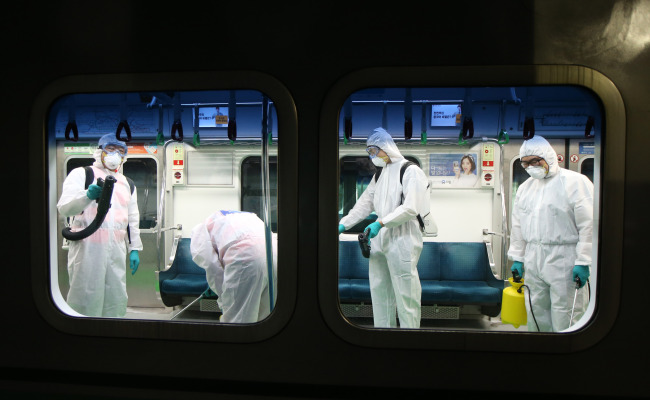 
The UAE Ministry of Foreign Affairs asked its citizens to avoid traveling to the country on its website Thursday.

Earlier this week Taiwan has raised the travel alert to the second level for Seoul, Incheon and the Gyeonggi Province.

Thailand has also warned its nationals to avoid Daejeon where an MERS outbreak was reported.

However, the World Health Organization on Friday advised against the issuance of a travel advisory to and from Korea, saying there is no evidence yet of human-to-human transmission of the disease in communities.

"WHO remains vigilant and is monitoring the situation. Given the lack of evidence of sustained human-to-human transmission in the community, WHO does not advise special procedures at points of entry, or travel or trade restrictions with regard to this event," it said.

"However, MERS-CoV is a relatively new disease and information gaps are considerable. A joint mission will bring us a step closer to gaining a better understanding of the nature of this virus," it said.

As the number of cases keeps growing, the Korean Health Ministry began investigating if the virus has mutated in Korea and become more contagious. The investigation results are set to be released soon.

A special inspection team from the WHO is to arrive in Seoul to examine the situation as early as next week.

“Contact precautions and eye protection should be added when caring for probable or confirmed cases of MERS-CoV infection; airborne precautions should be applied when performing aerosol generating procedures,” the WHO said.

The Korean government on Friday named the hospital in Pyeongtaek, Gyeonggi Province, where 71 percent of all confirmed cases have occurred since May 20.

Visitors to the facility ―  Pyeongtaek St. Mary’s Hospital ― from May 15-29 have been urged to report themselves to the authorities.

To date, 14 facilities have been confirmed as MERS-affected hospitals. The Health Ministry said it had no plan to share the names of the 13 remaining facilities.

A total of 1,317 schools and kindergartens, including 15 universities, canceled classes to prevent possible infection as of Friday afternoon nationwide.