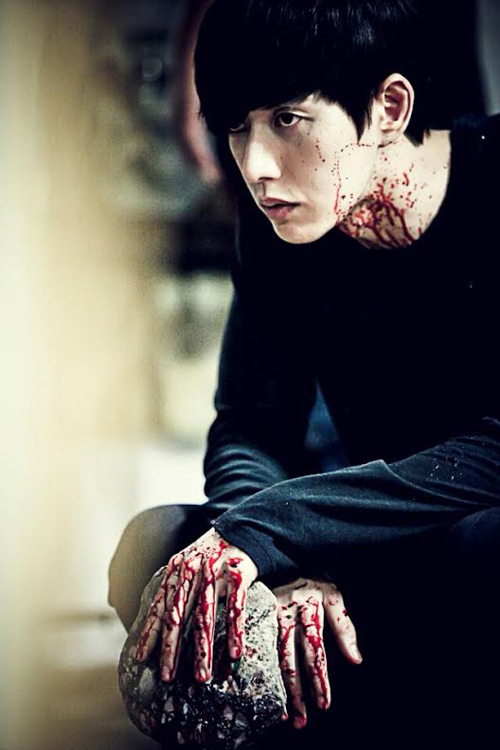 An astonishing still cut of actor Park Hae-jin in “Bad Boys” has been revealed.

In the photo, Park’s face, hands and clothes are spattered in blood as he holds a bloody stone on a bloody surface and stares blankly.

This still cut alone is causing a craze among eager viewers.

“No one can look away from the character, and I think that passion will get across to the viewers. I hope you all keep supporting Park and his drama,” a person from Park’s agency said.

“Bad Boys” is an investigation drama about bad people who want to judge the criminal who is considered to be worse than them. Its first episode will air on Oct. 4.