Stars on the red carpet at Baeksang Awards 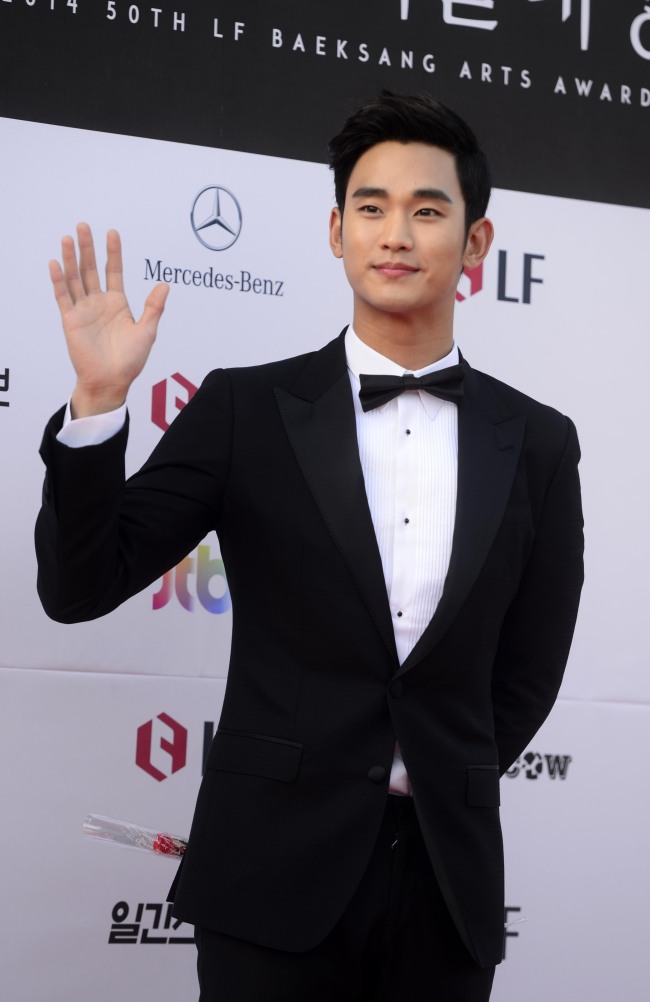 Actor Kim Soo-hyun poses at the 50th LF Baeksang Arts Award in Seoul on Tuesday evening. Kim won three awards – as the best new actor in a film and most popular actor in both television and movie segments. 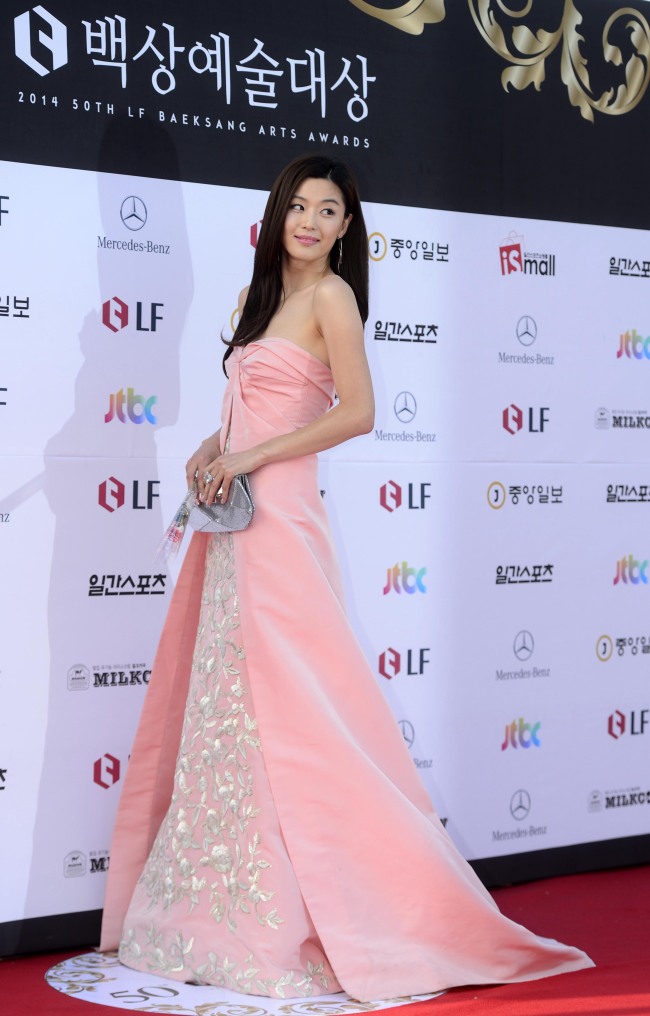 Actress Jun Ji-hyun flaunts a light pink dress at the 50th LF Baeksang Arts Awards. The Oscar De La Renta number is reportedly the only of its kind in the world, sources said. Jun won the grand prize in the television segment for starring in the drama “My Love from the Star.” 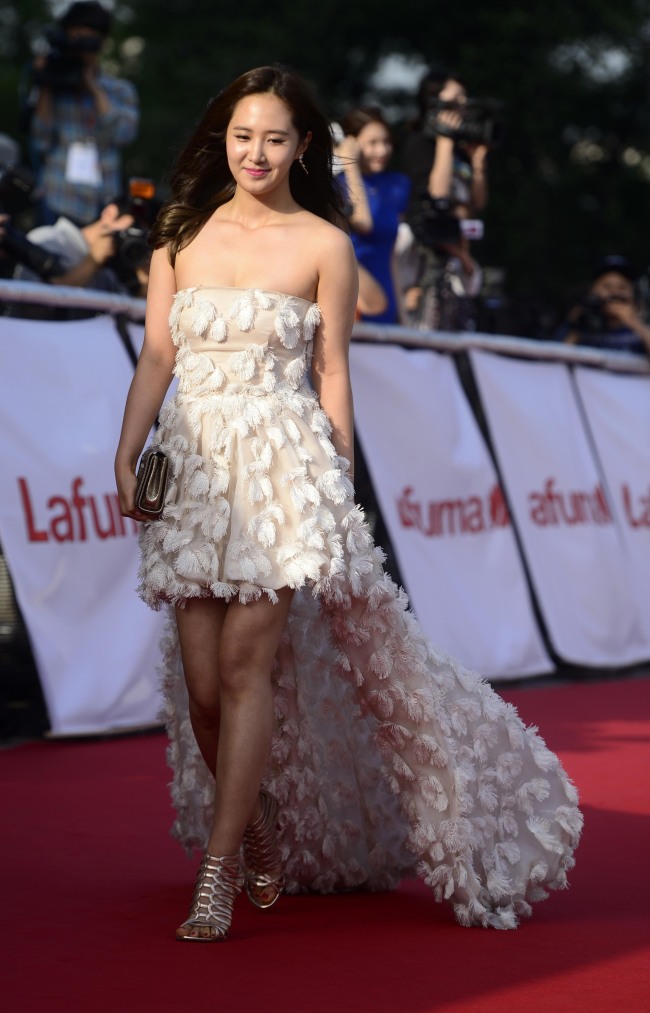 Girls’ Generation member Yuri shows off a girly look with a white tube dress at the 50th LF Baeksang Arts Awards in Seoul. 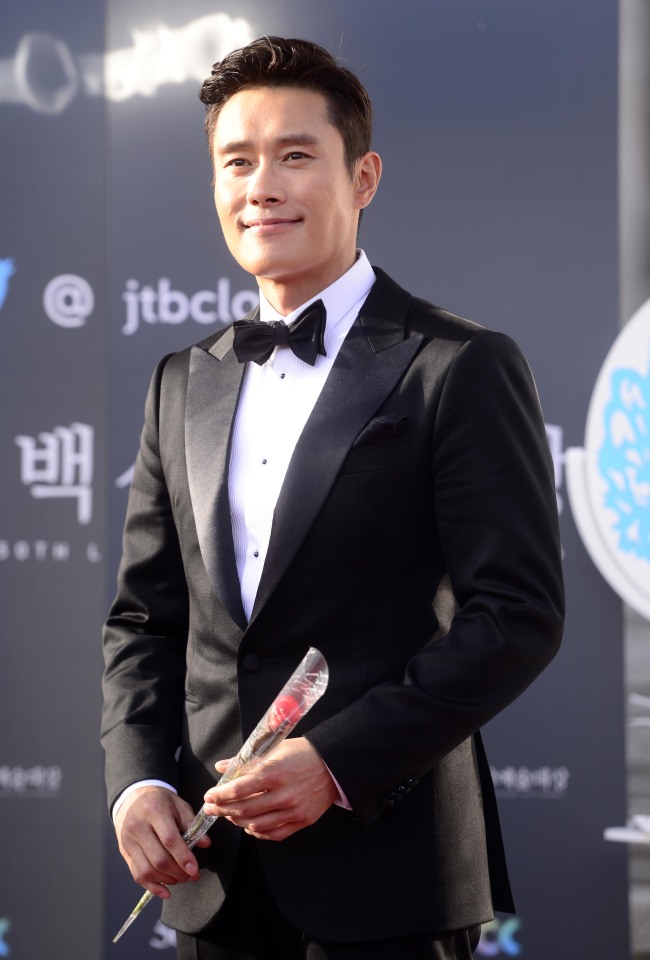 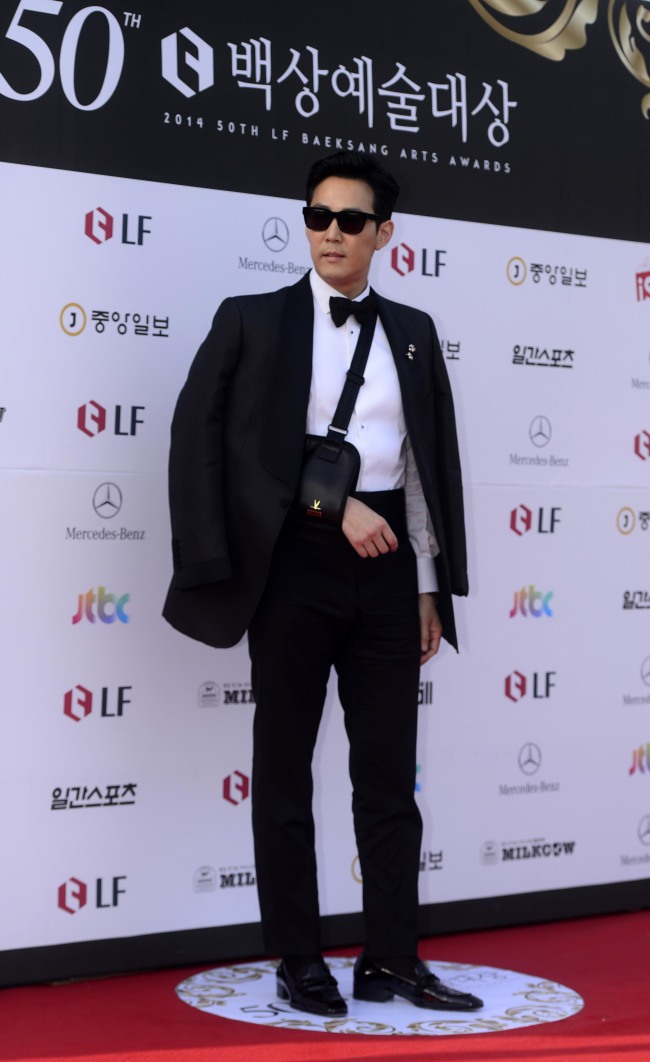 Lee Jung-jae stands in front of a photo wall with his arm in a cast. Lee won the best supporting actor award for his role in the movie “Gwansang.” 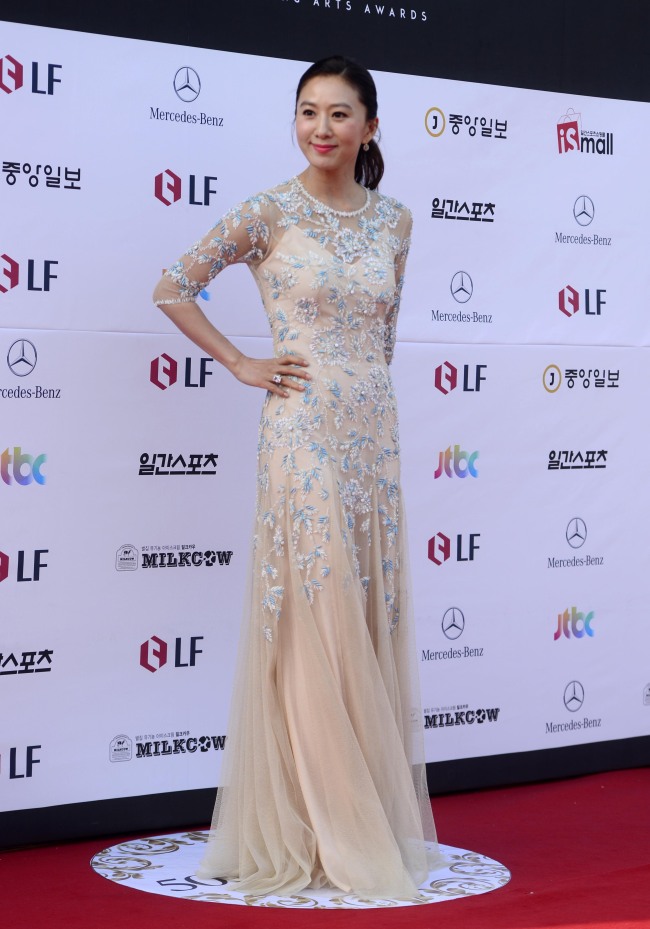 Kim Hee-ae walks the red carpet in a see through dress. 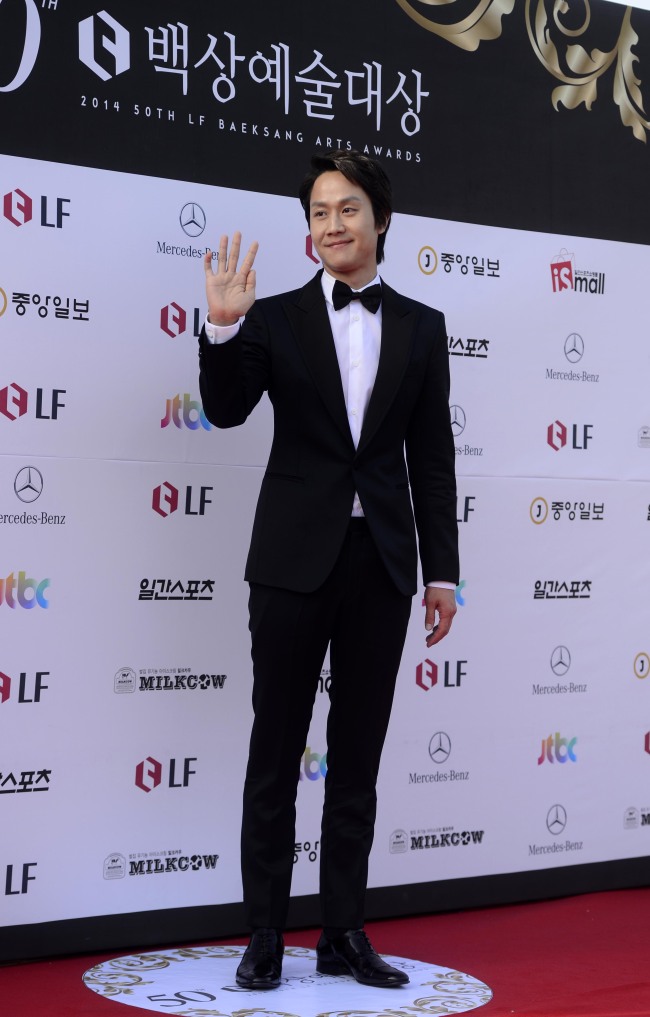 Jung-woo waves to his fans. He won the award for best new TV actor.