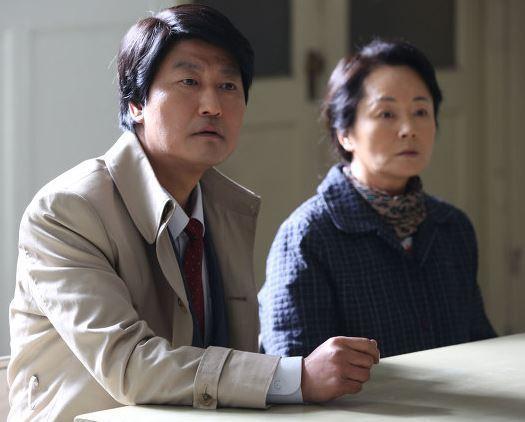 A film inspired by former President Roh Moo-hyun has topped the local box office in just the first two days since its release, according to data released by the Korean Film Council on Friday.

The data showed that “The Attorney” drew some 372,256 viewers on Wednesday and Thursday. The fictional film also accounted for 34.6 percent of movie reservations for this weekend, followed by Hollywood blockbuster film “The Hobbit: The Desolation of Smaug” which only took 15.4 percent of reservations.

The film is about Busan-based lawyer Song Wu-seok and his efforts to help wrongly accused students in a case involving an authoritarian government.

It was inspired by the so-called “Burim case” in the early 1980s in Busan, when then-president Chun Doo-hwan’s iron-fisted regime sought to frame innocent students, teachers and office workers with treason charges. “Burim case” is widely interpreted as the Chun administration’s attempt to consolidate his dictatorial rule, which he established through a military coup in 1980.

The main character Song, played by actor Song Kang-ho, is a reflection of Roh. who was a Busan-based human rights lawyer before he entered politics. The movie shows Song, once a materialistic person, opening his eyes to more important problems at hand and becoming involved with human rights issues.