Mastercard has set a GUINNESS WORLD RECORDS™ title for the 'Highest Altitude Game of Football (Soccer) on a Parabolic Flight' alongside football legend Luis Figo and a diverse team of football heroes from across the Middle East, Europe, and Latin America.

The first-of-its-kind football game was played at an altitude of 20,230 ft (6166.1 m) in zero gravity conditions, taking the game to a place where no match has gone before. Through this campaign, Mastercard is celebrating the world's love for football by taking fans' passion for the beautiful game to unprecedented heights.

The out-of-this-world game between two four-player teams was played on 20 August 2022. Football legend Luis Figo was on board with seven other players selected to earn their place on the historic flight. The record was presented by an Official Adjudicator from GUINNESS WORLD RECORDS™ and verified by two witnesses as Figo effortlessly dribbled the ball across a 75 square meter football field specially set inside the aircraft.

"Football is not just a game – as the world's most popular sport, it is a celebration of the human spirit, igniting passion and pride for millions every day. This is a historic moment for Mastercard as we take the world's love for the sport to extraordinary new heights. What better way to recognize the beautiful game than by creating an out-of-this-world Priceless Surprise as we continue to connect people to their passions," said Raja Rajamannar, Chief Marketing and Communications Officer and President Healthcare, Mastercard.

Luis Figo, a Mastercard ambassador, has been part of several Priceless surprises around the world, captivating audiences with his experiences as a top player. Figo, the 2000 Ballon d'Or recipient, played for some of Europe's best clubs including Sporting CP, Barcelona, Real Madrid and Inter Milan, winning 127 caps for the Portugal national team.

"Football transcends boundaries and unites people around the world. I have played in stadiums where the electric atmosphere sparks emotions that cuts across cultures and nationalities; this was the exact same experience I had playing this beautiful game at 20,000 feet above ground with a group of fearless football fanatics taking their passion for the sport to unprecedented heights," remarked Figo.

"Football continues to be a sport enjoyed in every corner of the world. At Guinness World Records™, we meet people with different backgrounds every day. By declaring this new achievement Officially Amazing™, we hope it will contribute to bringing communities together through the shared love of the sport and the excitement of seeing incredible records being broken," said Shaddy Gaad, Senior Marketing Manager – Guinness World Records™.

Mastercard has a rich history of connecting people to their passions, their enthusiasm for sport, and bringing them once-in-a-lifetime experiences. During Expo 2020 Dubai, Mastercard hosted its Priceless Surprises series to connect guests to their passions at the global event. Among its hero activities, the company presented football enthusiasts with a unique opportunity to meet Luis Figo as well as a chance to see the UEFA Champions League Trophy, bringing football fans closer to the sports icon.

Mastercard partners with a range of organizations across sports, music, fashion, arts and entertainment around the world. Mastercard's partnership with UEFA Champions League dates back to 1994 and the brand has been an active supporter of women's football for more than 25 years.

Log on to Priceless.com to learn more and discover the range of priceless experiences around the world made possible by Mastercard.

The 'Highest Altitude Game of Football on a Parabolic Flight' game can be watched here.

Mastercard is a global technology company in the payments industry. Our mission is to connect and power an inclusive, digital economy that benefits everyone, everywhere, by making transactions safe, simple, smart, and accessible. Using secure data and networks, partnerships and passion, our innovations and solutions help individuals, financial institutions, governments, and businesses realize their greatest potential. Our decency quotient, or DQ, drives our culture and everything we do inside and outside our company. With connections across more than 210 countries and territories, we are building a sustainable world that unlocks priceless possibilities for all. 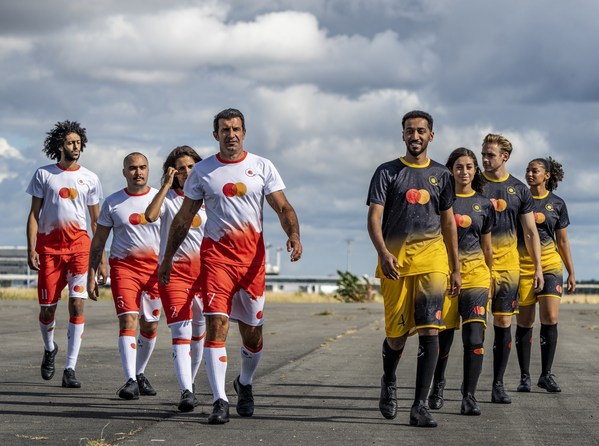 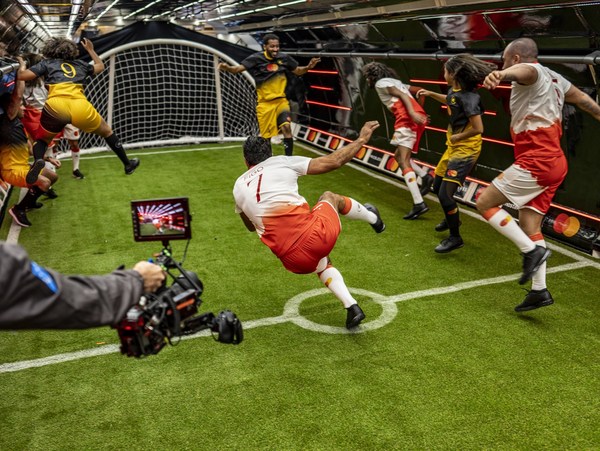 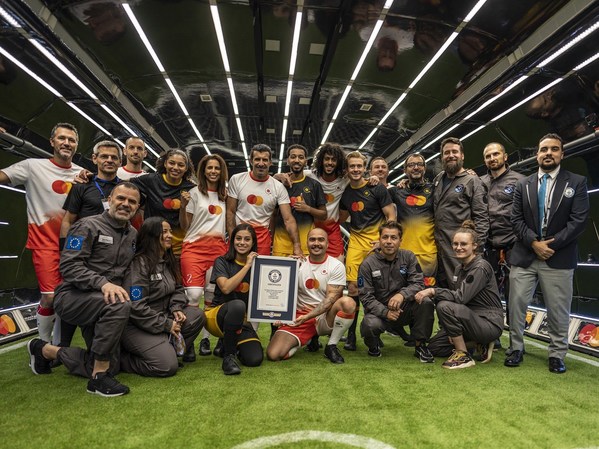