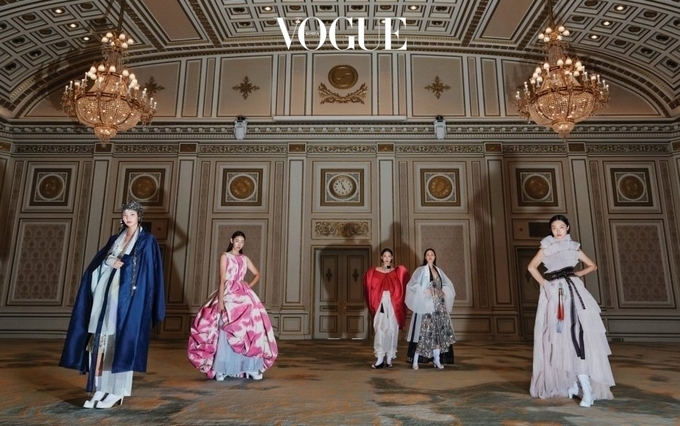 On Aug. 22, some 30 pictures of models dressed in modernized and transformed hanbok and dresses, including top Korean model Han Hye-jin, were released by Vogue Korea. The fashion spread was created in collaboration with the CHA’s Visit Korean Heritage campaign.

Models were captured posing on chairs, pillars and stairways of the Cheong Wa Dae buildings and garden. Three days later, amid mounting criticism, Vogue Korea deleted the photos from its official webpage and social media. The September issue of Vogue Korea includes the fashion spread.

The main opposition Democratic Party of Korea is raising calls to appoint a special counsel to take over the ongoing investigation into first lady Kim Keon-hee.

The main opposition party’s Floor Leader Rep. Park Hong-keun told reporters Monday that if police and prosecutors “don’t do their jobs adequately,” appointing a special counsel to handle the investigations would be “unavoidable.”

In a first meeting on the same day, the party’s supreme council member Rep. Park Chan-dae accused police and prosecutors of “going easy on the first lady” and said the party may be “forced to push ahead” by launching a special counsel investigation.

The parliament can determine whether opening a special counsel investigation is warranted, which is then put up for vote in a plenary session.